Dr Rosemary Leonard is a GP who appears regularly on the BBC to talk about health topics. We wanted her opinions on the support a mattress should give, best hygienic practise, and why some people are... 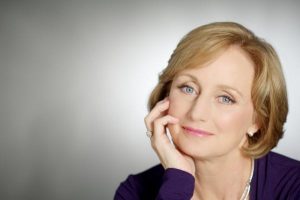 Dr Rosemary Leonard is a GP who appears regularly on the BBC to talk about health topics. We wanted her opinions on the support a mattress should give, best hygienic practise, and why some people are reluctant to upgrade to a new mattress.

You answer several sleep-related questions on your website. How often are you met with sleep issues at your practice?

It’s difficult to say exactly, but I see a lot of patients in my surgery every single day who have got sleep problems. These have a wide variety of different causes. Some are just straight insomnia; people just have a problem getting to sleep. Other times, there can be issues to do with pain at night, discomfort at night, stress, tension, noise.

There are so many different factors that can affect your ability to go to sleep and stay asleep.

What are some of the most common reasons for people lacking good sleep?

In older people, pain. Problems with joints or arthritic pain can be an issue.

Also, things like light, heat, noise – I work in London so noise can be a big issue – and partners snoring. That’s a huge issue for couples.

You mention the elderly, is that who you deal with most?

Very much. Sleep patterns change as you get older. And older people often don’t need as much sleep as they did when they were younger, but they get distressed if they don’t have a good eight hours sleep. Although they’re not necessarily tired, they feel they should be getting 8 hours sleep a night. Which their body won’t need if they’re not so active.

The other thing that happens in elderly people is some, particularly when they’re older and retired, nap during the day without realising it, so they don’t need as much sleep at night.

Have you encountered situations where it’s obvious that the mattress, bed or pillows are the root of the problem?

Because I don’t see the mattress in most circumstances, it’s difficult to know, but I do enquire about mattresses. And also the size of the bed (and size of partner). It is a relevant factor in people who’ve got insomnia. And a lot of people just don’t think about ever changing their mattress.

They’ll merrily say ‘Oh, I’ve had the same old mattress for years,’ and I point out that, while it may be comfy, if you’ve had it for 20-odd years it won’t be giving you the support it did originally.

Dreams recently did a survey, and a few of the questions were around how long people keep their mattresses…

‘Thirty-odd years! They were passed down through the family.’ Rosemary takes a guess. She’s not far off. ‘That’s the other thing. When beds and mattresses are passed down.’

And some of the home visits I do. I sit on the edge of the bed and think, good grief, this thing is about to give way.

Related: What Does Where You Live Say About How You Sleep?

So, home visits are a good chance to spot these issues then?

When young people move, they tend to buy new beds and mattresses – but elderly people who’ve lived in the same place for years and years, they would consider it a major extravagance to replace what they see as ‘a perfectly good mattress.’

And the other thing I see a lot of is rhinitis. I always ask about dust, and when I ask ‘how long have you had your mattress?’ they have no idea.

I could put this in the disgusting way and say it’s full of your dead skin cells, house dust mites and droppings, and that’s what’s making you sneeze.

It’s a constant runny blocked nose. As if you have a constant cold, that carries on through the day. The most common cause of the inflammation is allergies to house dust mite.

When it comes to hygiene, do you have a go-to leaflet or some stock advice, or is it case by case?

It depends, I try and give general advice and say if you’ve had your mattress for years and years and your nose is constantly running, it may be a good idea to fork out and change your mattress.

Do you think people listen to that advice?

I think they do. Some of them do. The way I explain to patients is by saying ‘you’re spending about 1/3 of your life in your bed. It may seem a lot of money, but, in the grand scheme of things, it’s about cost-per-use.’

How often do you recommend people get more sleep?

A lot. In London, a lot. Actually women – working mothers, are often burning both ends of the candle with a blow lamp. Looking after children, getting up early to get the kids to nursery or school, making a packed lunch, then they’re going to work, then they’re coming home, then they’re doing the family tea, the washing, and the ironing at midnight.

They’re exhausted and worn out and stressed. Then they’re suffering from pre-menstrual tension, relationship issues, an inability to relax. Then you go through their lifestyle, and often it’s difficult to solve because they’re financially pushed.

Do you get to keep to your own recommendations on sleep?

Most of the time, yes. But if I’m doing television work in the morning, no. But I’m generally a very good sleeper. I replaced my mattress three years ago, and I’m very lucky that I sleep well. I keep my windows open, change the bedding based on the season, have cotton linen. I try and follow my own sleep hygiene rules.

I don’t look at my iPad in bed. I read a book. My next challenge is to get my husband to stop using the iPad in bed, and my husband and I have a super king-sized bed. I always tell my patients to get the biggest bed they can get into their bedroom and can afford. I think It’s really important – I explain to people that, when you’re a kid, you have a three foot bed, then, when you’re married, the standard double is only four foot six, so it’s no wonder that people have problems sleeping.

Is that as simple as bumping into each other at night?

Yeah. They just haven’t got enough space. Which is fine when you’re in the first year of relationship bliss…

So, in the honeymoon period it’s all good, but when you need your own space…

Four foot six between two isn’t a lot. That’s two foot three – Not a lot per person. Whereas my husband and I each have our own space, and, though we are different weights, it doesn’t seem to be an issue. When you have two people of very different weights trying to cram into a small bed, it can be the lighter person is rolling into the heavier one.

If you sleep well and have no issues with aching joints, it’s not a problem, but if you start having sleeping problems, then you have to start thinking about your bed.

Are there any other things you recommend to people to create a better sleeping environment and prevent sleep issues?

Keep the bedroom cool, that is important. Avoid nylon and polyester, particularly for women of a certain age. If partners like the bed at different temperatures, It’s better to have a thin duvet and then add layers.

The other thing couples don’t think about their different weights or the various types of support. If they have different preferences, you can get a double mattress containing two different types of mattress which zip together to make a double. Then, if you’re worried about having a crack in the middle, you can always put a mattress topper to cover any join between the two. That way, you can actually have beds of different support levels, on the same bed.

Related: How to Design Your Bedroom Colour Scheme for a More Relaxing Atmosphere

Is there anything else people should know about mattresses?

Check whether your mattress is giving you enough support. People often feel that, if they’ve got a bad back, they need to have an orthopaedic mattress. Orthopaedic has no standard definition, It’s often used by manufacturers to mean it’s a firm bed.

But, in fact, having a very firm mattress isn’t necessarily a good idea if you have a bad back. The idea is the mattress should gently support the whole of your back. If it sags, it’s not supporting enough, but if you’re lying there rigid and you have big gaps in your curve then it’s too hard.

Is choosing the right mattress as complex as it sounds?

The best thing to do is lie on a mattress on your back and then try and slide your hand under the small of your back. If you can’t get it in at all, it’s too soft. If you can get it in very easily, it’s likely too hard.

So, you should be able to slide your hand under your back with mild difficulty.

The other thing to do is to go and lie on mattresses – don’t just get on and off them. If you can, lie on them for a good five to ten minutes. And don’t care about anybody else, or whether they’re looking at you.

Men should take off their jackets, coats, shoes. Take them off so you’re lying in light, indoor clothing.

Do you think it’s worth consulting any health professionals or chiropractors before you go ahead?

No. No need. The hand test is good enough.

See all articles by Brett Janes