What Food Types Can Cause Nightmares?

Ever drifted off to sleep only to jolt awake while falling through the sky? Or have you ever found yourself running from some kind of threatening figure in the middle of the night? If you’re wondering...

Ever drifted off to sleep only to jolt awake while falling through the sky? Or have you ever found yourself running from some kind of threatening figure in the middle of the night? If you’re wondering why you get nightmares, it could be for a number of reasons, and it turns out, food could be fuelling such bad dreams. As much as we all enjoy a little pre-sleep snacking, certain foods can cause those nightmares, so it’s important to choose your late snack carefully. So, here’s what to avoid if you want to achieve a peaceful night’s sleep.

If you’ve ever contemplated a curry straight before bed, don’t. Spicy foods are often linked to nightmares because they require more effort for the body to digest. A study published in the International Journal of Psychophysiology found that adding Tabasco sauce to subjects’ dinners noticeably disturbed their sleep. This is because the heat of the food elevates the body’s temperature and could therefore disturb brain activity and cause nightmares. But if you insist on a Vindaloo, give yourself a good six hours before you hit the sheets. 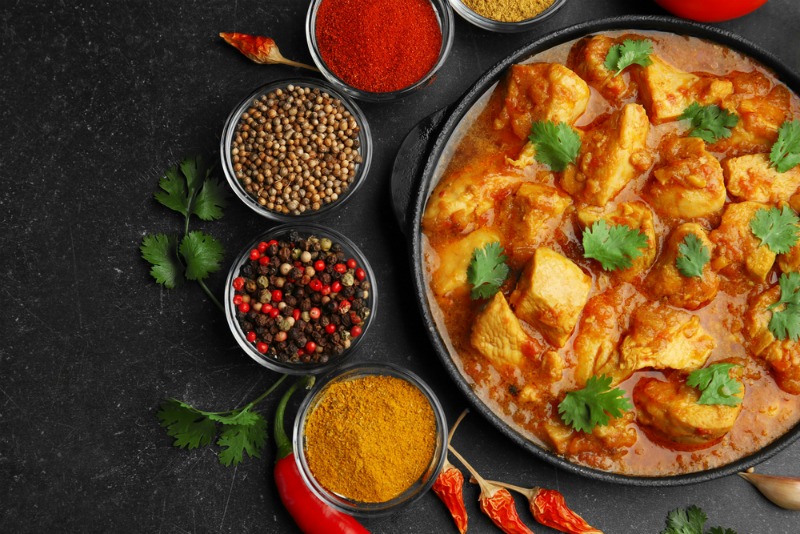 Ironically, avoiding sugar is the key to sweet dreams. Foods that are high in sugar, such as biscuits, cake, and chocolate have also been linked to nightmares. A study published in Frontiers in Psychology tested 396 students to see if there was a correlation between diet and dreams. They found that 31% of subjects reported bizarre and disturbing dreams after eating cookies and cake. While we all enjoy the odd chocolate bar before bed, this is not advised because chocolate is both high in caffeine and contains sugar. Which not only keeps you awake, but could lead to nightmares should you fall asleep. So think again before eating chocolate at night. While we all love carbs, certain starchy foods such as bread and pasta can cause nightmares. This is because, they convert to glucose in the body and therefore have the same effects as sugary foods. A study in Plos One examined adult’s sleep quality after eating certain carbs. It found that pasta reduced sleep quality and bread showed a pretty weak trend toward worse sleep quality. Whereas rice actually improved sleep quality. So, if you need a late-night carb, reach for the rice.

Related: The 10 Most Common Nightmares and What They Mean 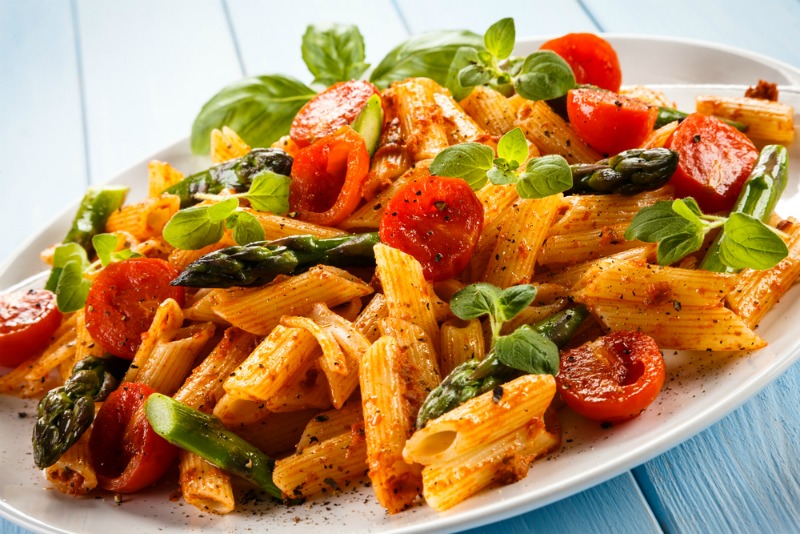 While not really a food type, alcohol can also have some detrimental effects to your sleep. Many participants in the Frontiers in Psychology study reported nightmares and stressful dreams after having a couple of drinks. Dr Mercola adds: ‘A drink or two before bed can make you drowsy, leading many to believe it’s actually beneficial for sleep. But while it may make you nod off quicker, research shows that drinking alcohol makes you more likely to wake during the night, leaving you feeling less rested in the morning.’

Related: Does Alcohol Affect How We Sleep? 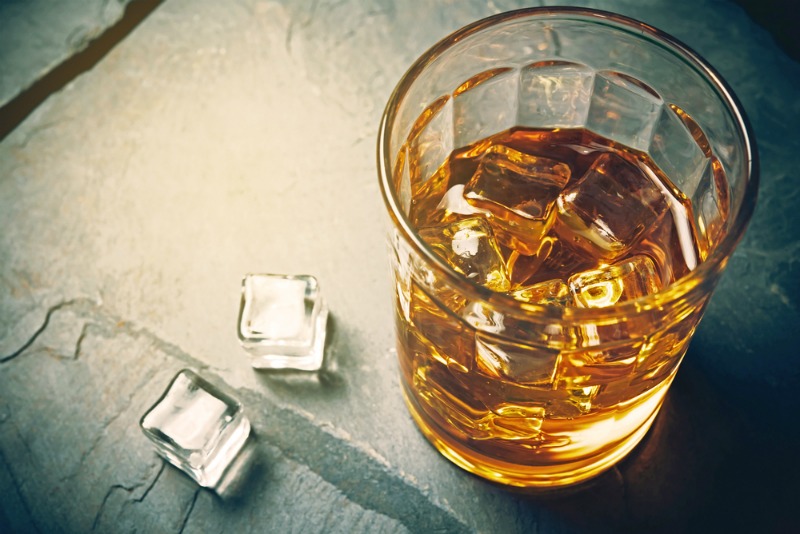 As well as avoiding sugar, spice and all things nice before bed, there are a few other measure you can take to avoid scary dreams. It’s not only what type of foods you’re eating that could be the culprit, but also the time you eat it. Eating a hefty amount before bed not only increases the chances of weight gain, but also nightmares. Apparently, a late-night snack signals the brain to be more active, which could lead to more vivid nightmares.

However, if you’re desperately in need of a midnight snack. There are a few things you can eat which won’t disturb your sleep. The trick is to look out for melatonin or tryptophan, which can help you drift off instead of giving you nightmares. Sources of this include turkey, cheese and bananas.

If nightmares are a regular occurrence for you, check what you are eating late at night and avoid the above foods. Although, foods are not the only factors that cause nightmares. Stress, uncomfortable mattresses, and even smells may have an effect on your dreams. Take a look at our tips for avoiding nightmares if you find bad dreams are a regular event.

Have you experienced any nightmares after eating the above foods? Let us know in the comments!