Real-Life Snorlax: Which Animals Sleep the Most?

Discover which animals sleep the most in a 24-hour period, and why.

Just like humans, all animals need rest. But how animals sleep can be very different to how humans sleep. On average, humans need about 8 hours of sleep a night, but certain animals need much more, while others need substantially less. It all depends on how they’ve evolved, their needs, their habitat and the food they eat. There are numerous factors that can affect how much sleep an animal needs. Here, we take a look at which animals sleep the most and would give the famous sleepy Pokémon Snorlax a run for his money!

Which animals sleep the most?

Sleep is important for all animals. When asleep, animals are resting, recuperating and processing the information they’ve taken in during their waking time. Younger animals tend to need more sleep as they’re growing.

Related: How much sleep do puppies need?

To rank these sleepy animals, we’ve looked at which animals sleep the most in a 24-hour period. Here are five animals that sleep the most: 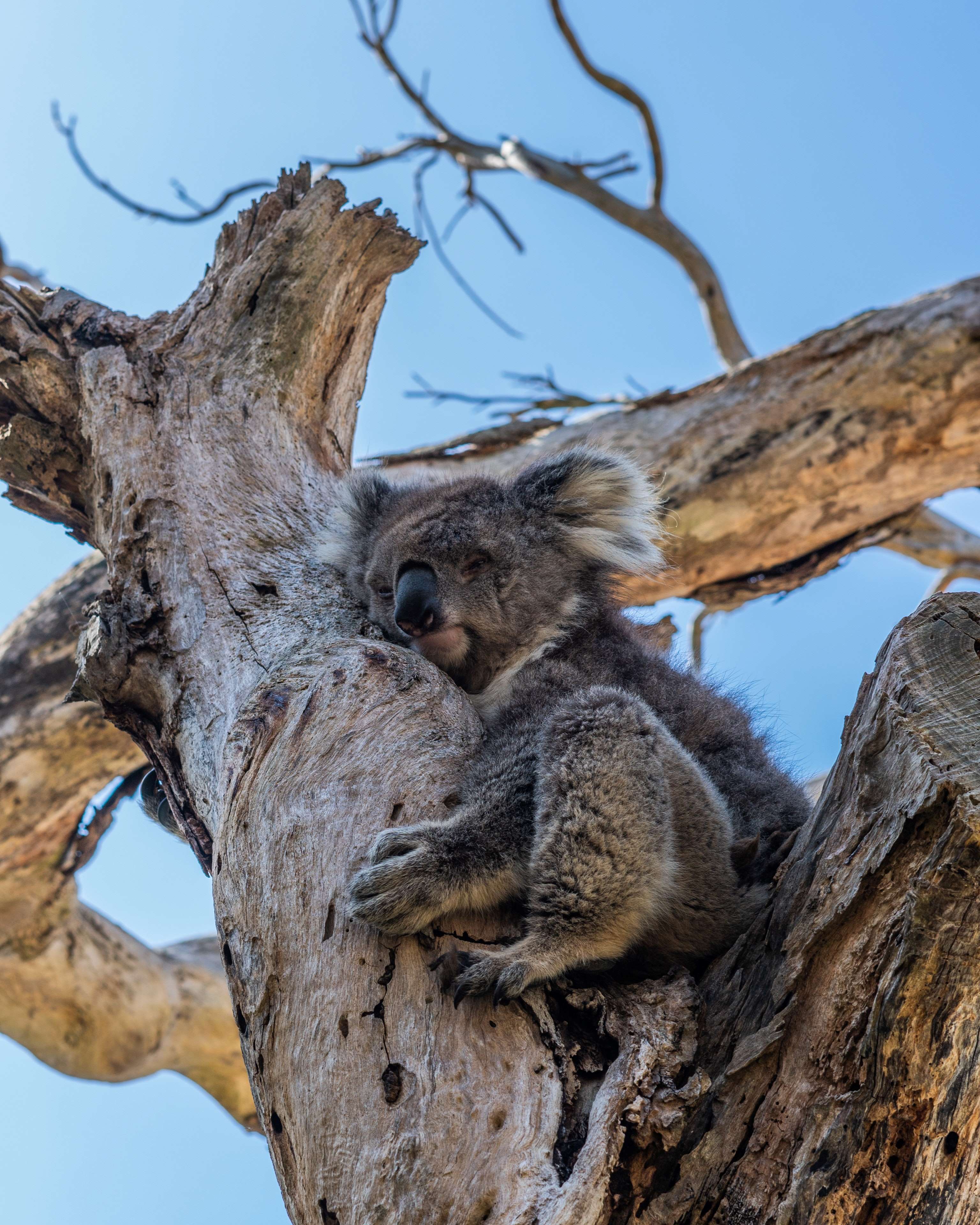 Koalas (Phascolartos cinereus) really are a real-life Snorlax! These marsupials can sleep for 18 to 22 hours a day. This is largely due to their diet. Koalas eat eucalyptus leaves, which is actually toxic, so their digestive system has a hard time processing this food and can only get limited nutrients from it. Sounds strange, doesn’t it?!

Because of the food they eat, and the small number of nutrients and energy they get from that food, Koalas spend most of their time sleeping after eating. You could probably say that all koalas do is eat and sleep! 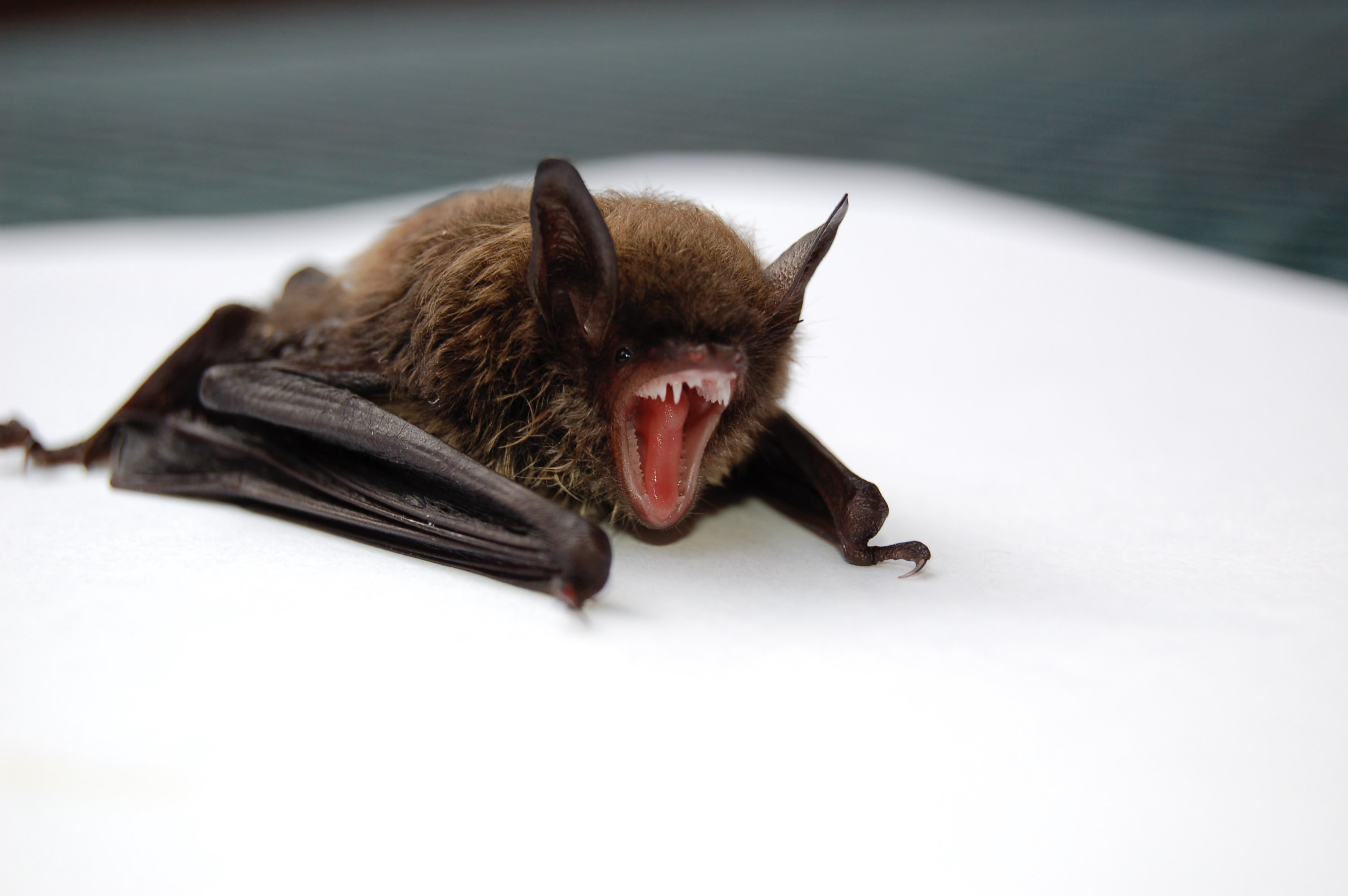 All bats tend to sleep a lot, as they’re nocturnal. But the little brown bat (Myptis lucifugus) has been seen to sleep for an average of 19 hours a day in captivity. As this number is from captive bats, in the wild it may be different. However, this long time asleep is thought to be a way to conserve energy. These bats roost upside down in buildings, caves, trees, and even piles of wood. 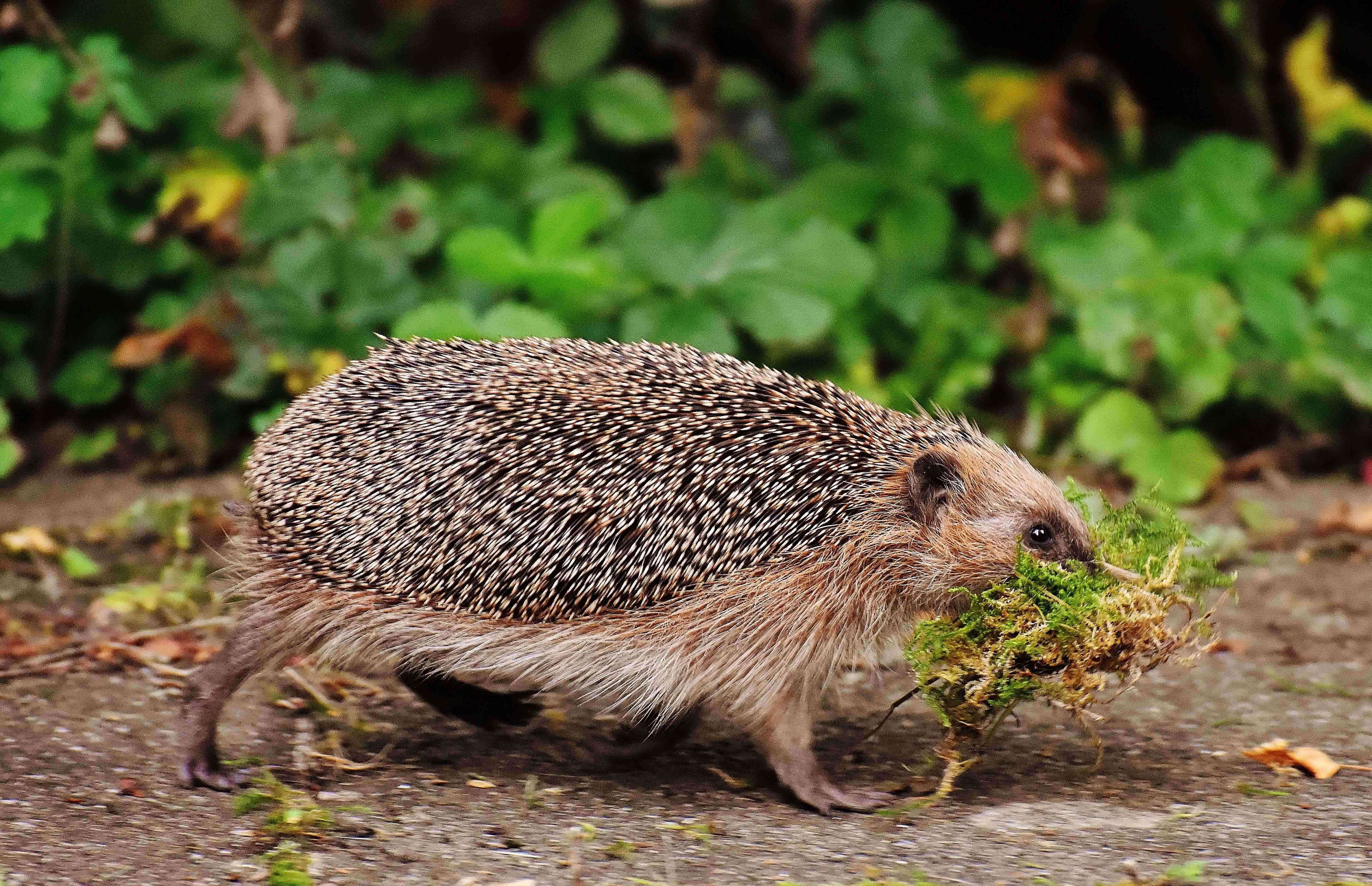 There are actually quite a few hedgehog species, which are all big on sleep. Like bats, they’re nocturnal, so they sleep during the day. But we thought we’d showcase our own European hedgehog (Erinaceus europas) when looking at hedgehogs and their love of sleep.

Hedgehogs (including the European Hedgehog) sleep for about 18 hours a day. Being nocturnal, these animals have very little to do during the day, so they literally sleep the day away. Lucky them!

One of the largest species of armadillo, the giant armadillo (Priodontes maximus) are powerful and covered with tough bony scales. Another nocturnal animal who needs to sleep a lot, this creature can sleep for 16-18 hours a day.

Giant armadillos essentially spend all day in their burrow, sleeping the day away. They dig these burrows themselves using their third claw like a spade, creating their own bedroom for this long old sleep. 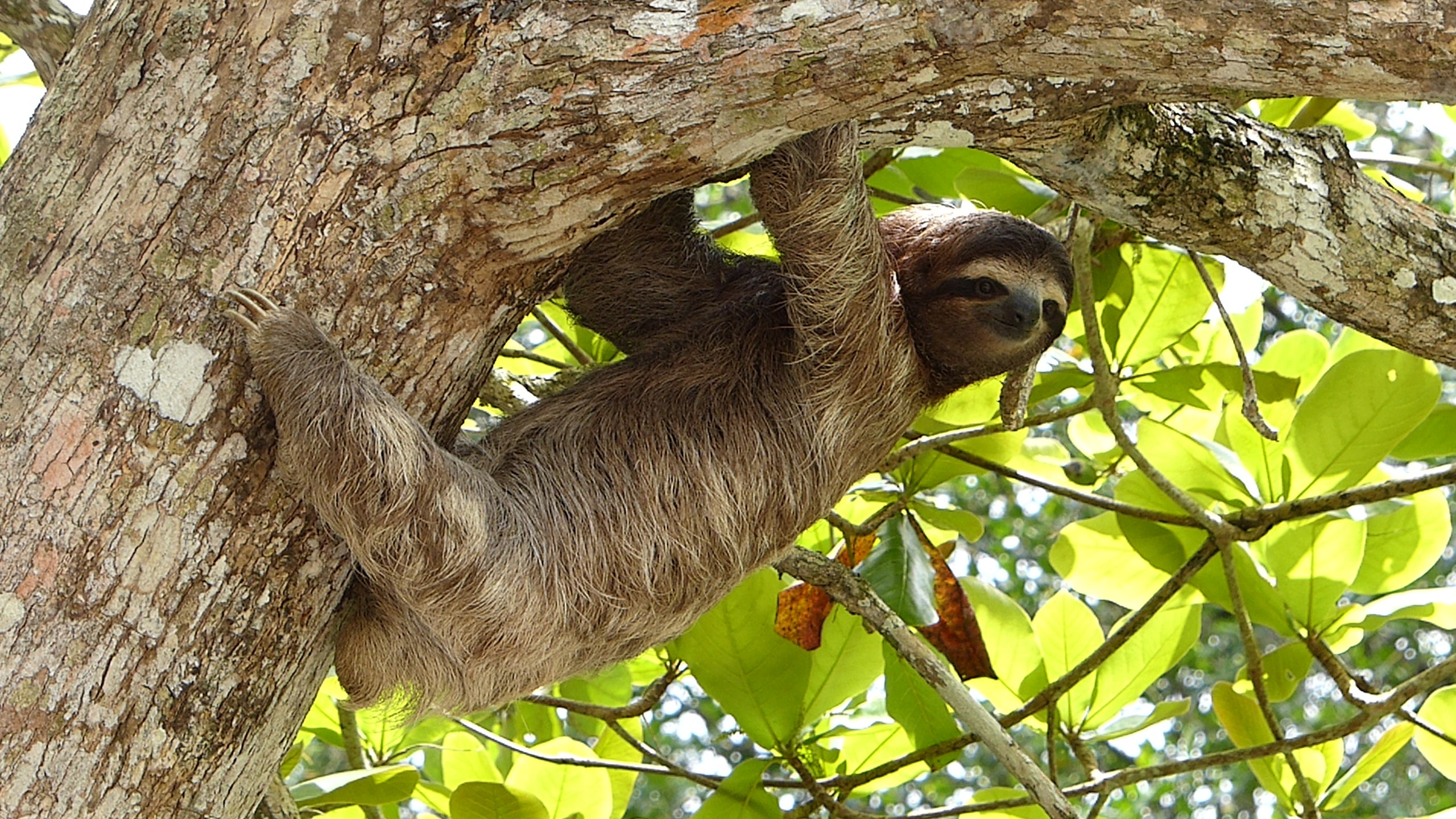 Sloths are known for being slow creatures, so it makes sense that they’re not only slow but sleepy too. The brown-throated three-toed sloth (Bradypus variegatus) sleeps a lot! In fact, this sloth sleeps for about 14 to 16 a hours a day.

Unlike nocturnal animals that have made the list, the brown-throated three-toed sloth sleeps during the day and night. They’re active for 2-3 hours at a time, and then they snooze. When they sleep, they can do this using two ‘modes’. These animals can sleep in an awake-alert state, where their eyes are open and they even blink. Alternatively, they will sleep in a behavioural sleep mode, with their eyes shut while they’re suspended from a tree.

You may be tempted to think that hibernating animals will beat all the above real-life Snorlaxes for length of sleep, if we look outside of a 24-hour period. But, hibernation is not the same as sleep, instead, it is an extended form of torpor.

Hibernation differs from sleep as there are important physiological changes that take place when an animal hibernates. For instance, metabolic rate drastically drops, as does body temperature. Heart and breathing rates also slow down significantly. Although all these things happen during sleep, the changes are only slight and nowhere near as dramatic as in a hibernation animal. Also, a hibernating animal is very difficult to wake and can even appear sleep deprived after they come out of hibernation.

One of the main differences between hibernation and sleep is the amount of brain activity. As animals (including humans) sleep, brain waves change during the various sleep cycles. However, during hibernation, the brain activity remains the same as when the animal is awake, just much slower. 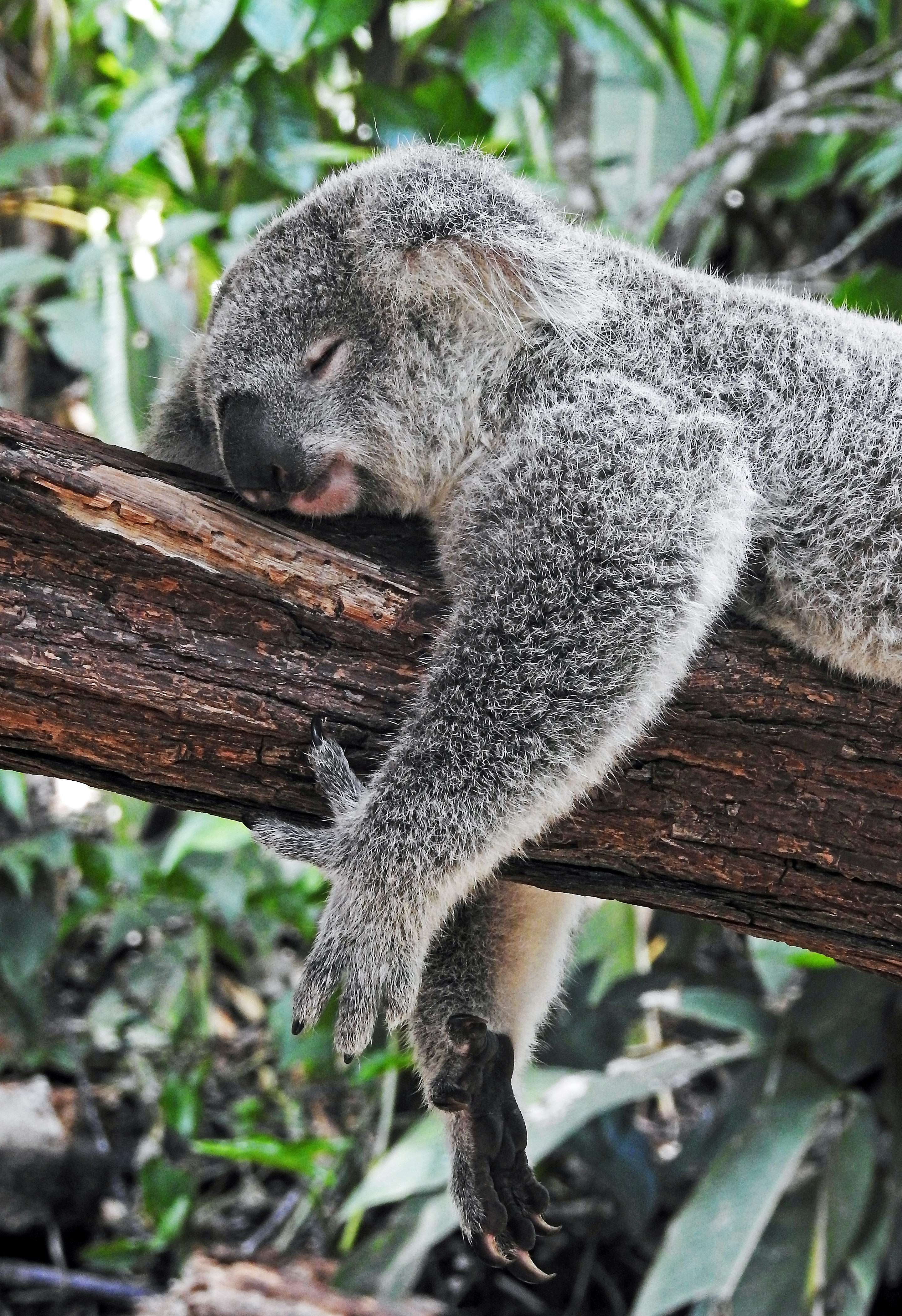 Not only do different animals need different amounts of sleep, but they can also have some weird and wonderful sleeping habits. You may think that bats sleeping upside down is weird but for weirder sleep habits check out these 13 strange sleep habits of animals.

There are actually many more animals that sleep a lot more than humans and can easily sleep for 15 hours or more. Most are nocturnal animals, that spend the day sleeping, but there are some which sleep a lot because of their environment and what they eat.

Want to know a little more about animals and sleep? Check out our post on your dog’s sleeping position and what it really means.