Most humans may have fairly regular sleep habits, but many animals don't. Here are 14 amazing ways they get some shut-eye.

Us humans tend to have fairly predictable sleeping patterns. Aside from nightshifters, most of us go to bed at night and wake up in the morning. However, when it comes to animals, some of them like to do things a little differently, and have rather amazing sleeping habits. Here are some of them…

When you think of bees, you typically think of them being busy making honey and pollinating – they’re actually the world’s most important pollinator of food crops. The British Beekeepers Association state that honeybees sleep for 5-8 hours a day. They also note that a researcher named Walter Kaiser found that many bees held each other’s legs as they slept.

In another biologcial study, it was found that ‘the bee expresses three different sleep stages that can be identified by behavioral characteristics which can be monitored in real-time. The deepest stage of sleep is associated with complete immobility of the antennae.’ The data also suggested that ‘the existence of replay in deep-sleep indicates that bees might have dream-like experiences analogous to non-REM dreams in humans.’

As a sea bird, albatrosses spend most of their time in the air looking for food below, and there isn’t always somewhere to land. As such, many believe that they’re able to sleep whilst in flight, perhaps keeping just enough of their brain awake in order to fly. Swifts can also do this and are known to fly for years at a time without landing to sleep.

Many species of shark have to constantly swim to keep water moving over their gills so they can get oxygen, or they could die. This means that they can’t enter a deep sleep like humans, and have to ‘sleep-swim’ with parts of their brain less active. Experts studied the spiny dogfish and found that its spine coordinated swimming, not its brain, which suggests it may be able to shut its brain down to sleep. 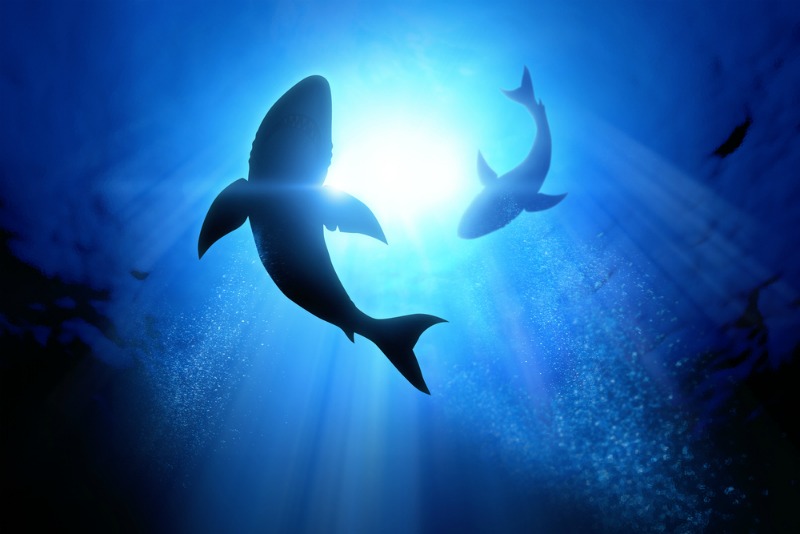 Swainson’s Thrushes are migratory birds and therefore fly incredibly long distances. In order to do this, they take hundreds of power naps lasting only a few seconds at a time.

In a similar way to sharks, dolphins don’t fully sleep and actually sleep with one eye open, shutting down each side of their brain alternately. A study carried out by various marine mammal organisations in San Diego, California, found that dolphins could go without full sleep for at least 15 days and still stay alert.

It’s pretty common knowledge that bats sleep upside-down. It means less competition for sleeping spots, and because their strong talons dig into whatever surface they’re hanging from, it requires little energy to hang there. They also have rather weak wings, and so dropping into the air takes much less effort than pushing off from the ground. 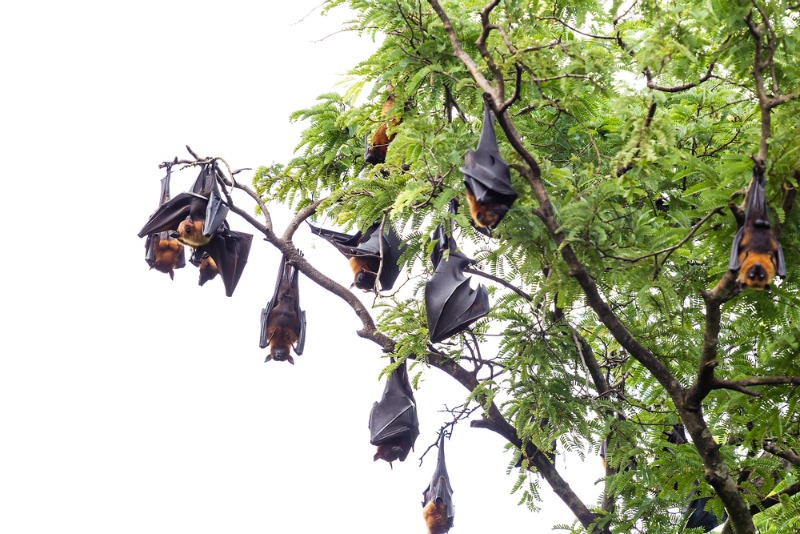 Many animals hibernate, but few are as good at it as frogs. Some frogs can hibernate whilst frozen underwater, without a heartbeat or air for weeks at a time.

Otters are at risk of predators on land so sometimes sleep in water instead. However, in order to stop themselves floating away, they’ve been known to anchor their body to something using their tail, or even to hold onto each other to avoid drifting apart – super cute! 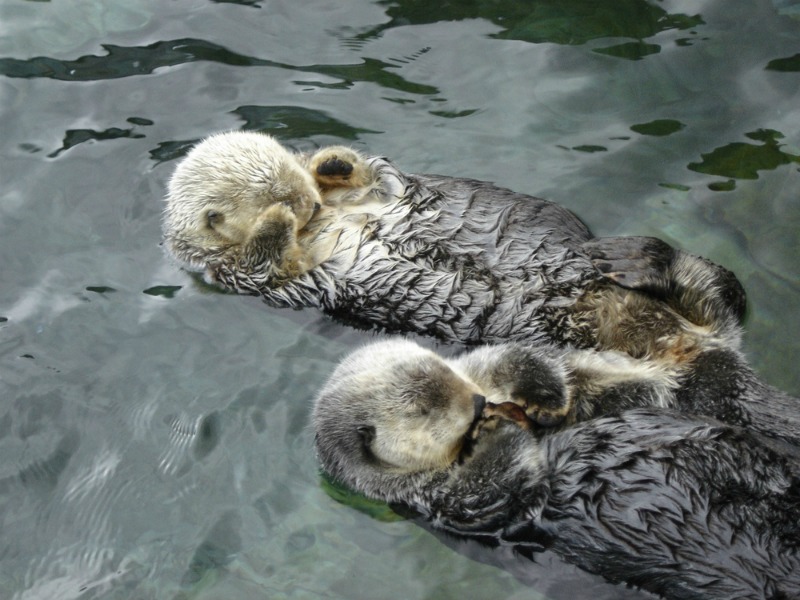 The Guinea baboon needs to be alert at all times to be aware of predators, and also to chase after potential prey. To do this, it sleeps at the top of a tree on its heels, always ready to move if needed.

Meerkats are pack animals and sleep that way, too. They sleep in a heap with the group matriarch buried underneath so she gets the best sleep. ‘Sentries’ sleep on the outside and have lighter sleep so they’re easily alerted by potential predators. They may also sleep like this to conserve heat during the cold desert nights. 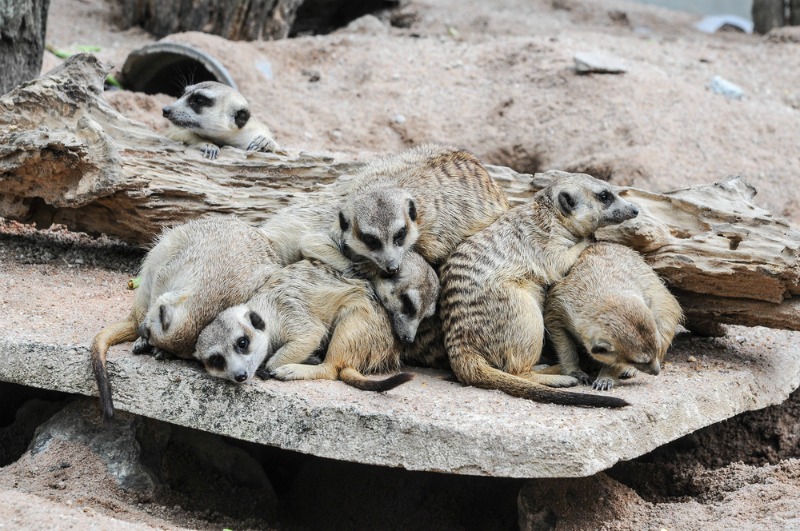 Like the aforementioned Guinea baboon, the golden dormouse is constantly on the lookout for predators. In order to wake quickly, they sleep attached to weak branches, reacting to even the slightest movement.

It’s not uncommon for animals to dream – you’ve probably seen a dog ‘running’ in its sleep. However, even animals such as octopi and cuttlefish apparently dream in some form. Sleep experts found that they display rapid eye movement during sleep, which in humans shows that we’re dreaming.

Chimpanzees choose the bed that will give them the best sleep

Researchers have suggested that chimpanzees don’t just choose any old tree to sleep in, but actually select the type of tree that will give them the best sleep. In a study that took place in a wildlife reserve in Uganda, US anthropologists found that of 1,844 chimpanzee nests studied, 73.6% were made from a strong tree called Ugandan ironwood, despite that tree making up only 9.6% of the trees in that area.

Most animals have polyphasic sleep cycles

All animals have their individual sleep routines, but many adopt polyphasic cycles, sleeping multiple times around the clock. Humans are fairly unique in their monophasic cycle. Giraffes only need a very short amount of sleep, a maximum of about 2 hours, while we can all be envious of the brown bat which gets up to 19 hours of sleep a day.

If you want to know more about the alternative sleep cycles of humans, check out our infographic, and learn more amazing facts about sleep in this article.