How Do Horses Sleep?

Do horses sleep standing up? Find the answer to this question and just how horses get their rest below.

Just like humans and other animals, horses need sleep. However, their sleeping habits are very different to ours. In fact, their sleeping habits can seem somewhat confusing if you’re not often around horses. As they’re a prey animal, that naturally lives on the plains, they have evolved to be on alert for most of the time. So, if they’re constantly on the lookout for predators, how do they find time for sleep? Here we’ll go through how horses sleep.

Do horses sleep standing up?

Yes, horses do sleep standing up, but at the same time, no they don’t! It’s not as simple of a question as it seems at first glance.

Horses snooze, or nap, standing up, but do not go into deep REM sleep. Lying down is dangerous for a horse, it can take them a while to get back up, which would make a horse vulnerable in the wild. 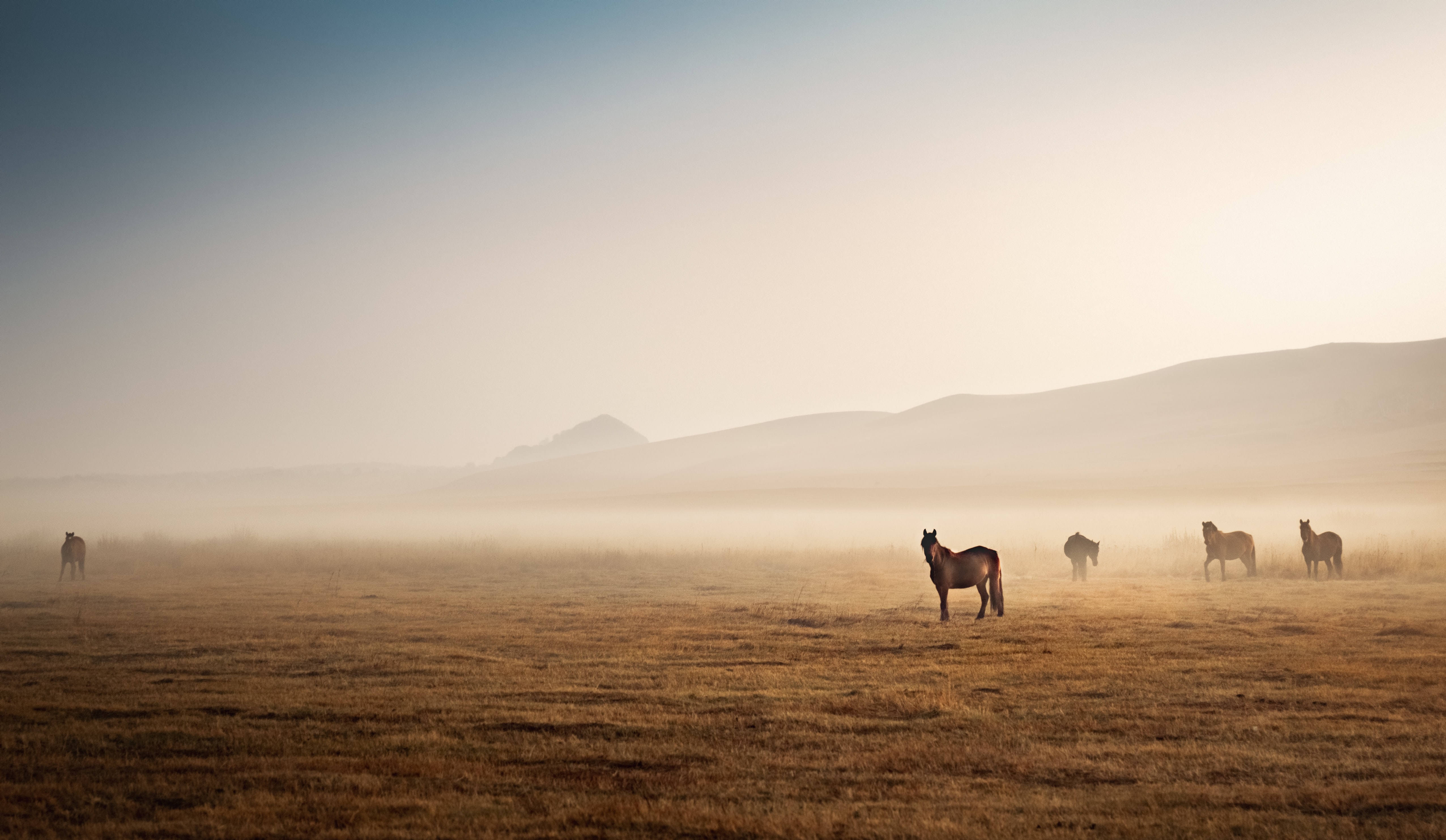 Horses and other large prey animals have what is known as ‘stay apparatus’. This is a special system of tendons and ligaments that allow a horse to lock its major joints so that’ll not fall over when sleeping whilst standing. This also means that the horse can remain standing without muscular activity. A horse can also take the weight off one foot, distributing its weight over three legs whilst sleeping. Usually, a horse will rest a hind leg when sleeping.

During this dozing sleep, they can be woken up easily and be ready to run if a threat appears. Not only that but as they’re large animals, lying down for too long can restrict blood flow and put excess pressure on their internal organs. So, it’s not a good idea for horses to spend too much time lying down to sleep! 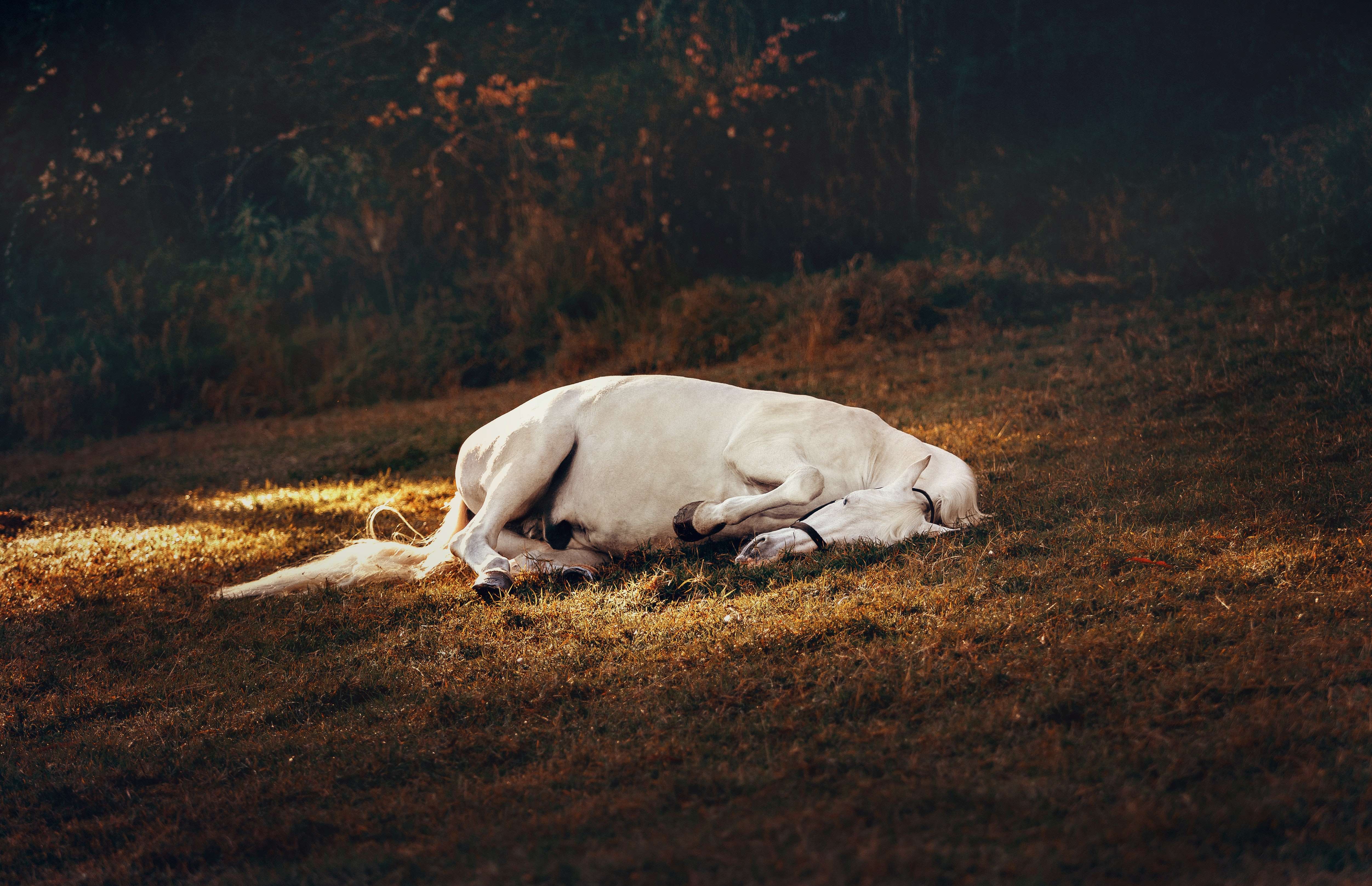 The dozing-standing sleep of a horse does not allow it to achieve deep REM sleep, which they need, just like humans. REM sleep can’t be achieved without relaxing all the muscles. This is done while lying down, so they put themselves at risk when doing this. So, they tend to only do this in short bursts of about 20 minutes at a time.

Even during the night, when a horse is safely tucked away in its stable, a horse will not sleep more than these short bursts. They will sleep for short bursts, then get up and graze, before laying down for another snooze.

If horses are outside in a group or herd, they may go into a deep sleep during the day. As herd animals, they will take it in turns to lie down and sleep properly, with other horses on the lookout. Herd animals work together to keep the group safe, and horses are no different.

How long do horses sleep? 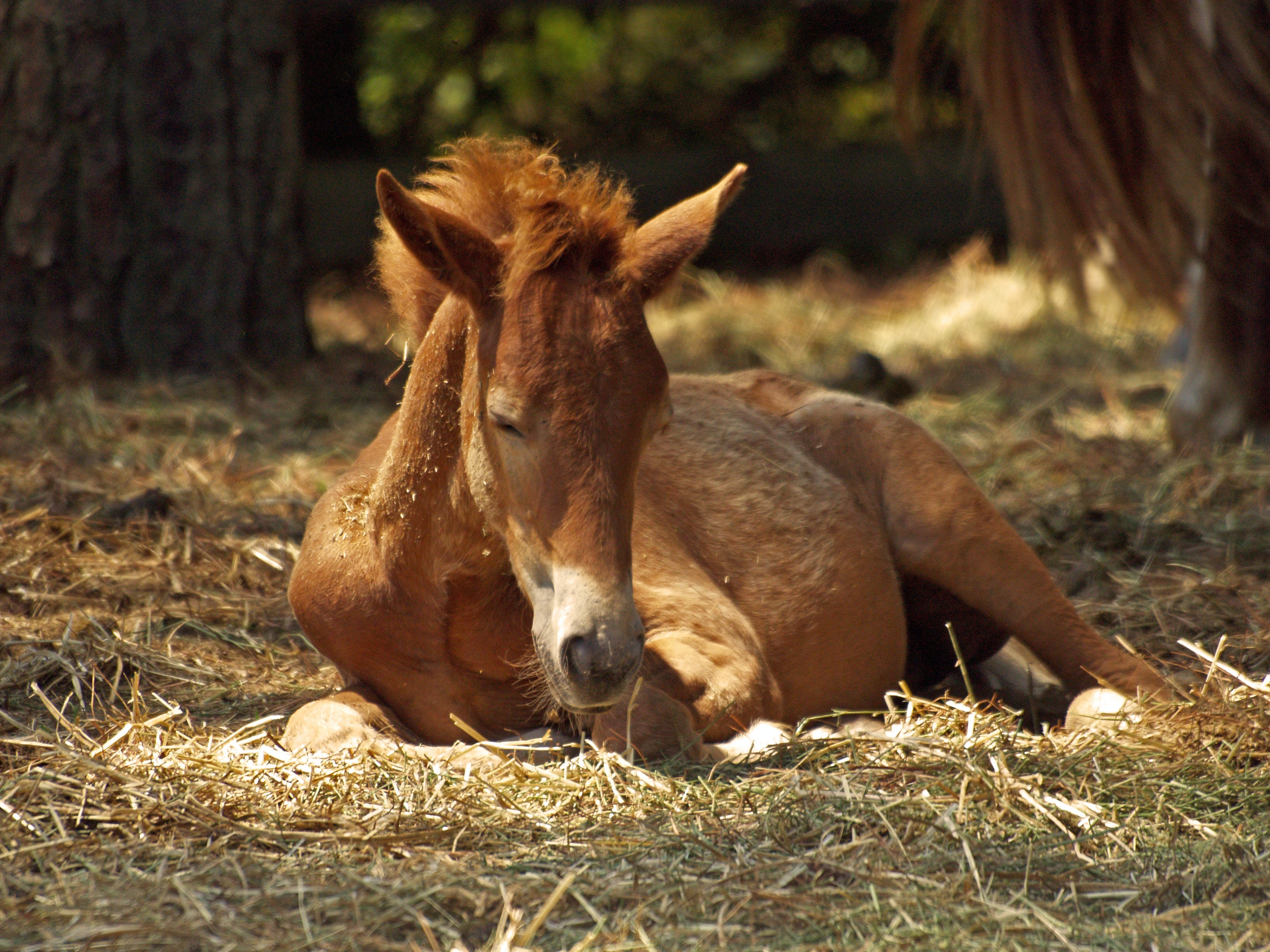 You may have heard that humans need eight hours of sleep, but horses do not need anywhere near this amount. In fact, horses only need around three hours of sleep in a 24-hour period. Though this is never in one go, but all the short bursts of sleep should add up to about three hours.

How do you know when a horse is sleeping? 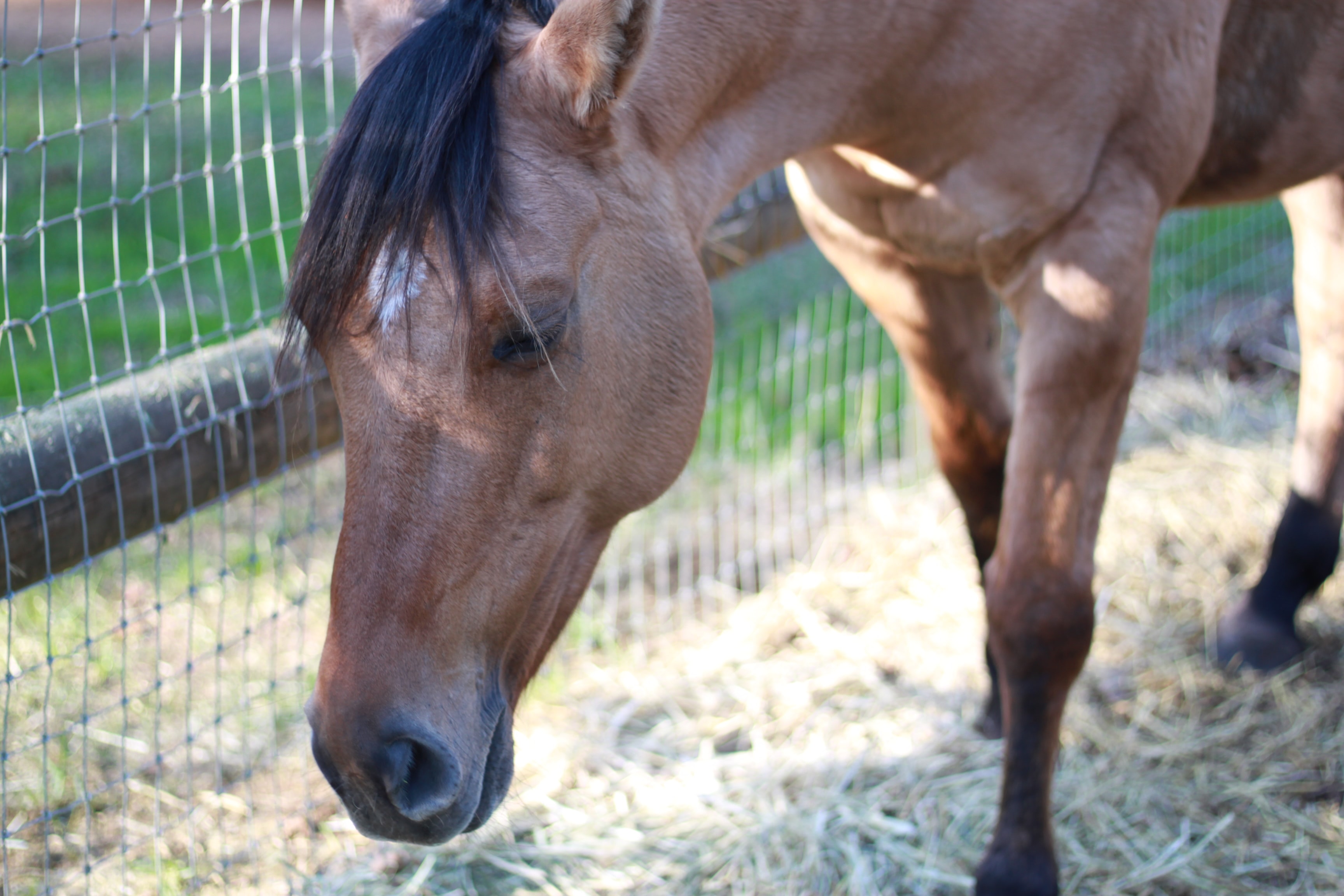 When a horse is in deep sleep, it’s easy to spot, as they’ll be lying down. You may even see their legs twitch if a sleeping horse is dreaming.

When a horse is simply dozing, it can be a little harder to tell that they’re asleep, though it is possible. Usually, a snoozing horse will only lock one of its hind legs, resting the other. The resting leg will be raised slightly with the tip of the hoof touching the ground, giving the appearance of the horse leaning on one hip.

A snoozing horse will also have its eyes closed and its head will droop. The ears will also be relaxed, and the lower lip may droop too.

Want to know more about animals and their sleeping habits? Check out our post on which animals sleep the most.