Sleep apnea is a common and widespread sleep disorder that affects a large population of the UK, so much so, that many sufferers are not aware that they even have this condition. To help you, we...

Sleep apnea is a common and widespread sleep disorder that affects a large population of the UK, so much so, that many sufferers are not aware that they even have this condition. To help you, we define sleep apnea and discuss the symptoms, causes and treatments for sleep apnea.

Related: Why Sleep Technology Can Help You to Sleep Well

What is sleep apnea?

Sleep apnea, also spelt ‘sleep apnoea’, is a common condition where people repeatedly stop breathing throughout the night, this is due to the muscles in your throat or the signals your brain sends.

There are two types of sleep apnea, ‘Central Sleep Apnea’ (CSA) and ‘Obstructive Sleep Apnea’ (OSA). Central sleep apnea is the less common of the two and occurs when the brain doesn’t send the correct signals to the muscles which control our breathing.

Obstructive sleep apnea, however, affects roughly 1.5 million people in the UK according to the BBC. Unlike CSA, this type of disorder occurs when the walls of the throat relax and narrow during deeper sleep stages. This creates pauses in breathing, making it hard to take in enough air. Which often results in loud snoring or gasping strong enough to wake you up.

What are the sleep apnea symptoms?

As the sufferer is asleep during the episode of sleep apnea, they are often unaware there is anything wrong. In fact, the sleep study mentioned in the BBC adds that “80% of those with the condition are unaware they have it”. Often it is the partner or a family member who will notice that during their sleep they appear to be struggling to breathe normally.

The common warning signs of sleep apnea to look out for include:

The causes of this condition can be down to a number of things and certain people are more likely to be affected by obstructive sleep apnea. The most common causes and risk factors that the NHS suggests are:

The effects of sleep apnea

When there is an episode of OSA the sufferer is woken with a start as the body’s adrenalin response kicks in to re-start the breathing and clear the airways. The outcome of this is that the person often spends most of the time in lighter sleep or being woken. This can leave the sufferers of this medical condition, and their partners, with excessive tiredness in the daytime.

Such sleep deprivation also can have a significant effect on many different areas of life including physical health, weight, and mental health. For example, it has often been linked to depression and memory loss.

Research has also shown that those who suffer from sleep apnea may be up to 12 times more likely to be in a car accident because of the fatigue, which is why it’s compulsory to inform the DVLA if you suffer from this condition.

Related: How to Understand and Overcome Sleep Deprivation 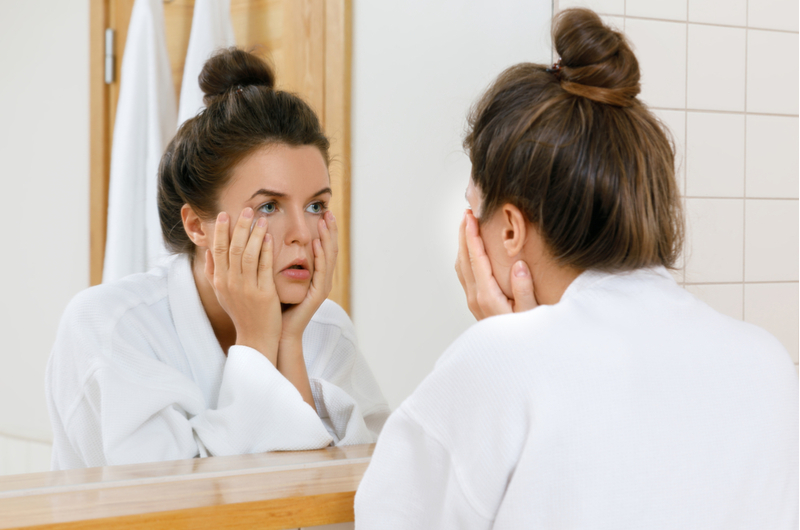 What happens with untreated sleep apnea?

Although the idea of stopping breathing in your sleep can sound terrifying, our bodies are designed to wake us up so that we take another breath. However, OSA has been linked to many other serious conditions. If left untreated, the effects of sleep apnea, and consequently sleep deprivation, could lead to high blood pressure, an irregular heartbeat and even a stroke or heart attack. In fact, an April 2019 study from the University of Iowa found a link between sleep apnea and multiple myeloma, a type of deadly blood cancer. To sum up, untreated severe sleep apnea can eventually kill you and it increases the risk of heart disease or death by two thirds according to sleep studies. However, there are a few treatment options to give you peace of mind.

It’s a commonly asked question whether sleep apnea can lead to diabetes. According to Diabetes.co.uk, numerous studies have linked obstructive sleep apnea with risk of developing type 2 diabetes. This is because sleep apnea affects the concentration of oxygen within the blood stream, but is also thought to be due to the obesity which is commonly developed with this sleeping disorder.

How can I stop sleep apnea?

If you suspect that you may be suffering from OSA then your GP can refer you for a simple sleep study. This will involve going to sleep at home while wearing a finger probe which can monitor the sleep apnea episodes you have per hour. If you have 5-15 episodes in an hour, you’re considered to have mild sleep apnea. 15-30 episode per hour would be classes as moderate and over 30 events per hour is severe sleep apnea, which needs immediate treatment.

A first step to fighting OSA is that you can adjust your lifestyle. Simple cuts such as lessening your alcohol intake and quitting smoking should show improvements. If you take tablets to help you sleep, try and cut these as well as sedatives have been linked to this condition. Losing excess weight is also an effective treatment.

After this, the first line of treatment is Continuous Positive Airway Pressure therapy or a CPAP device for short. This sleep apnea machine works to gently provide a constant stream of positive air pressure through the airways via a mask. At first, this can feel strange but many people find they get used to the mask quickly and benefit from much deeper and more refreshing sleep as a result. 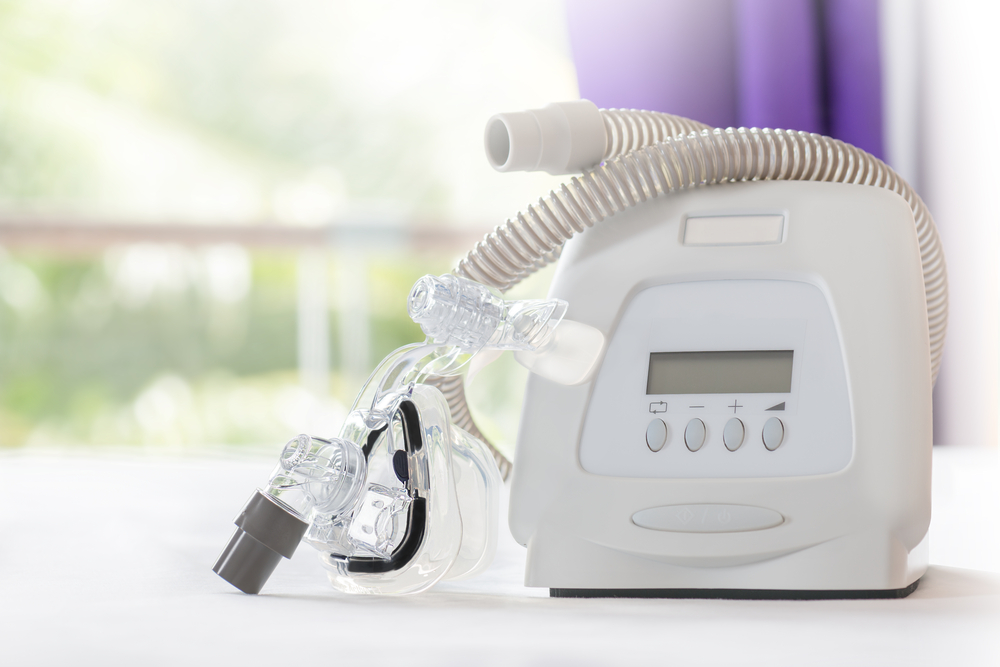 Other options include a device called a Mandibular Advancement Device (MAD) which acts like a gum shield and helps by moving the jaw to leave more space for the airways. In a minority of extreme cases, surgery can also be helpful if the cause of your sleep apnea is an unusual neck structure.

Tips for coping with sleep apnea at night

If this condition is getting you or your partner down, there are some tips you can try to making coping easier. First of all, try sleeping on your side. This makes it a little more difficult for your tongue or your soft tissues to disrupt your airways and therefore, makes you less likely to snore.

Alternatively, you could try sleeping with your head elevated, so adding another pillow. According to Very Well Health, some people have decreased sleep apnea if they have the head of their bed slightly elevated. In such cases, an adjustable bed might be useful in keeping the head elevated while you snooze.

Finally, Helpguide.org suggests a few throat exercises you could try to strengthen the muscles in the airway and lessen the symptoms of sleep apnea. These include:

If you’re concerned you have sleep apnea seek your doctor’s advice for the specific treatment best for you.