The Most Haunted Bedrooms In The UK

Are you a fan of hearing creaky floorboards in the night? Do you laugh at those who cower behind the sofa during a horror film? Does spending the night with ghosts and ghouls sound like an...

Are you a fan of hearing creaky floorboards in the night? Do you laugh at those who cower behind the sofa during a horror film? Does spending the night with ghosts and ghouls sound like an appealing holiday to you? Then this article might be for you. To celebrate this Halloween and get you in the spooky spirit, we’ve uncovered the most haunted bedrooms in the UK. Would you dare stay in any of these?

Kicking off the list of haunted bedrooms is what paranormal investigator Tom Slemen has named ‘the most haunted hotel in the UK’. This hotel was built in 1912, the year the Titanic went down, and one of the suites is an exact copy of the Titanic’s First Class Smoking Lounge. Notable sightings at this hotel include ghostly naval officers and a grey lady in a Victorian dress. According to hauntedrooms.co.uk, ‘a paranormal team who visited the hotel also reported hearing a growl or a disembodied voice and one of their team also reported being violently sick during their stay.’ If you would like to book a stay in this hotel, click here. 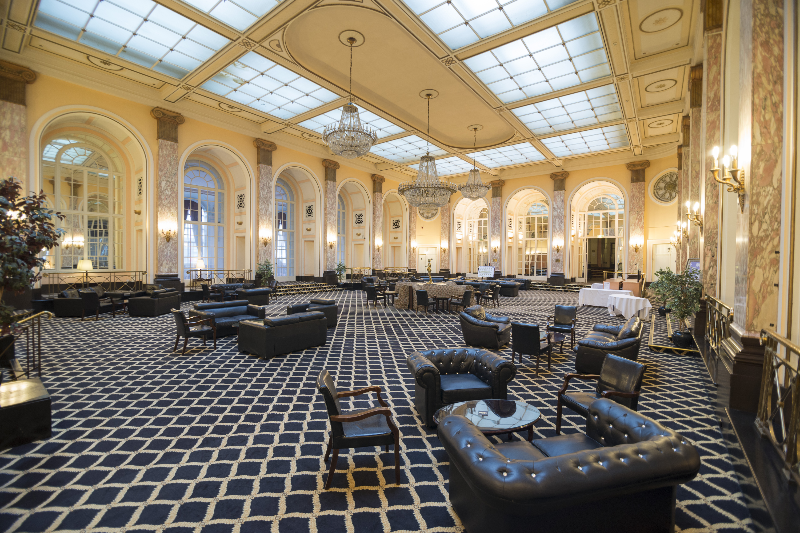 The Langham hotel is known as the most haunted hotel in London with at least five ghosts supposedly being spotted gliding through the walls. The most haunted room is said to be room 333 and sightings have included a German prince who jumped out of a window to his death. One of England’s cricket team, Stuart Broad, stayed in the hotel and said to the Daily Mail ‘It was so hot in the room I just couldn’t sleep. All of a sudden the taps in the bathroom came on for no reason. I turned the lights on, and the taps turned themselves off. Then when I turned the lights off again, the taps came on. It was very weird.’ If this hotel may be the one for you this Halloween, click here to book.

Since being built in the 13th century, this castle has had many ghostly visitors. The most notable being Sir Alexander Ramsay who starved to death in 1342 and has since roamed the halls. Other ghosts include Lady Catherine who also died from starvation. She was said to starve herself in retaliation to her parents forbidding her from seeing the stable hand she loved. Lady Catherine is often seen floating around the dungeons of the castle. If this hasn’t put you off a spooky stay, click here to book. 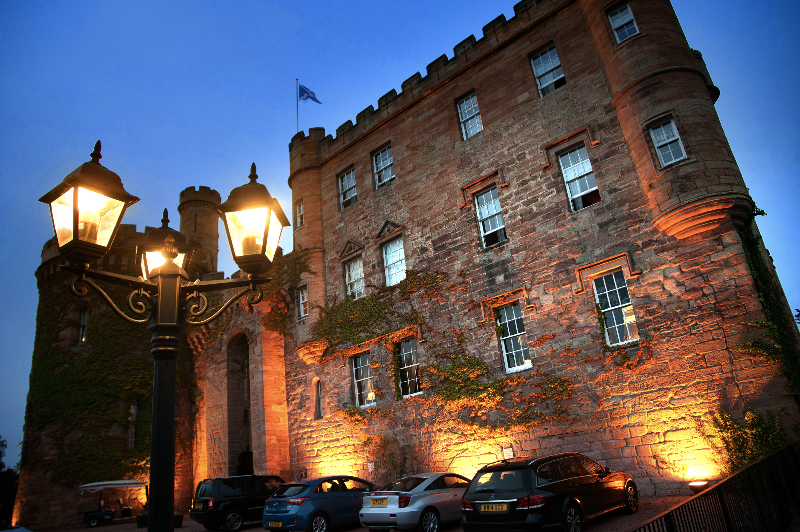 Based in Monmouthshire, the Skirrid Inn is said to be the oldest public house in Wales. Since its opening in 1110, it’s been a hive for a lot of paranormal activity. One of the most notable ghosts is that of Judge Jeffreys who was known as the hanging judge due to the amount of executions he ordered which took place at the inn. Guests of the Skirrid Inn have experienced glasses flying without being touched, the sound of soldiers in the courtyard and a feeling of being strangled. Unfortunately, you can’t stay here. However, the Skirrid Inn offers ghost hunts to those trying to get their fill of fear.

Talliston, located in Great Dunmore, has been labelled ‘Britain’s most extraordinary home’. It’s decorated in a Scottish art-nouveau style and features a haunted bedroom that eerily recreates the bedchamber of a seven-year-old Edwardian child. This features heavy curtains, books and of course, toys. Guests have noted unexplained sounds in the night as well as bizarre smells. If you fancy a stay at Talliston, click here. 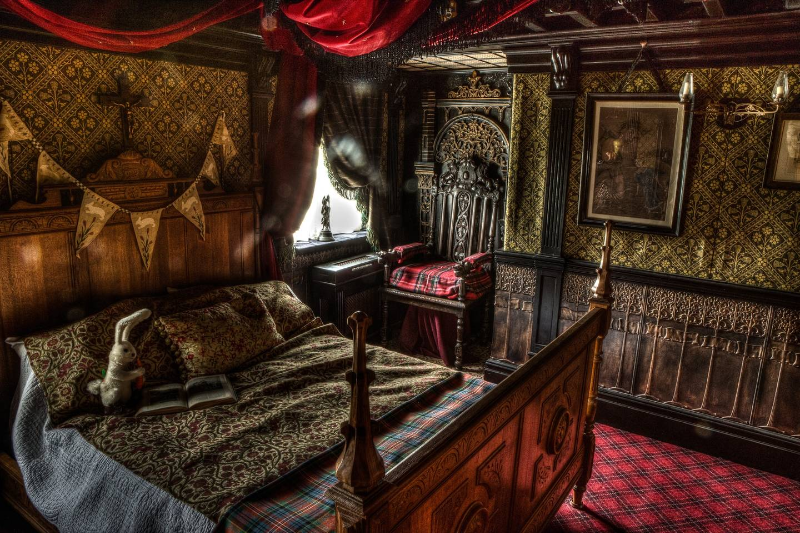 Are you brave enough to try any of the above-haunted bedrooms? Or have you in the past? Let us know in the comments!