The Severity of Sleep Walking and Possible Treatments

The kinds of activity people get up to when they sleepwalk vary vastly. Sleepwalking is classed as anything from sitting up in bed to driving a car down the street whilst asleep. For many, the condition...

The kinds of activity people get up to when they sleepwalk vary vastly. Sleepwalking is classed as anything from sitting up in bed to driving a car down the street whilst asleep. For many, the condition is not a concern and can even be humorous but it can also be hazardous when occurring more regularly and at the more extreme end of the spectrum. There are a number of factors that can trigger sleepwalking, including anxiety, sleep deprivation or drinking too much alcohol. The exact cause is unknown, but we look at some of the possibilities.

For comedian and film-maker Mike Birbiglia, the condition became a serious issue, although he ignored it for a long time. Birbligia, writer and star of award-winning film Sleepwalk With Me, found himself in A&E after throwing himself through a hotel window. A similar incident happened earlier this year when British tourist Amy Wigfull fell 50ft from a balcony at a Spanish hotel. Doctors said that she only survived because she was fast asleep and her body was therefore in a relaxed state.

It was after his Washington hotel incident, described in an article he wrote for the Guardian, that Birbiglia decided ‘it was time to see a Doctor, it was time to stop putting things off’.

Sleepwalking is most prevalent in children, but, for a minority, the condition continues into adulthood. There are many myths around the condition. One of the most constant is that it is dangerous to wake a sleepwalker. Though it is true that it will be unpleasant for the sleeper it is unlikely to be perilous. The popular misconception is that people sleepwalk with their arms outstretched in front of them. The sight of someone sleep walking can be quite unsettling for a witness. Despite being deeply asleep, sleepwalkers often have their eyes open and may also talk during the activity. This is due to the brain being in an unusual state of being active enough to dream- as in REM (Rapid Eye Movement) sleep- but no longer putting the body in a state of paralysis. Sleep walking can occur during either stage of the sleep cycle.

Sleep neurologist and co-founder of SleepStation, Dr Kirstie Anderson, is familiar with how common sleepwalking is and explains the condition in more detail. She states ‘20% of children and 2-3% of adults have some form of abnormal night-time behaviour although many people do not go to their GP about this. Often simple advice and time is all that is needed.’

Doctors like Dr Anderson promote a regular sleeping routine and relaxation before bedtime as the best preventative measure for sleepwalking. Stress is identified as a common factor in patients’ sleepwalking, as is sleep deprivation. Another piece of general advice from GPs is to limit audio visual stimulation immediately before bedtime. In extreme and more complex cases, medication may be prescribed. Dr Anderson explains that getting to the related issues is preferable. She advises ‘Making sure that any other sleep problems such as very loud snoring or bad restless legs are treated and discussed with the GP initially. There are medications that can help sleepwalking if symptoms are severe, but these are usually prescribed from a specialist sleep service because none of the current therapies have been tested in a randomised controlled trial and they are being used off license so should have specialist support’. 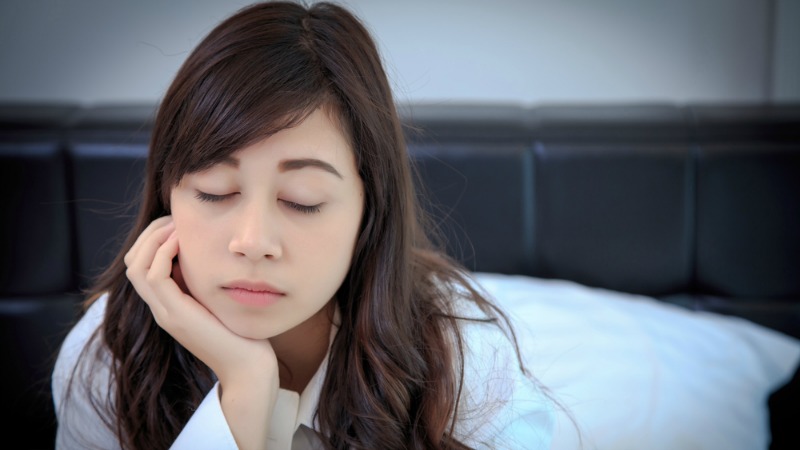 Related: How To Reset Your Sleep Hygiene for 2017

Another effective treatment for sleep walking is hypnotherapy. Alice Pinion runs Head First Talking Therapy, which treats a number of conditions with sleep disorders such as sleep walking. She says ‘Hypnotherapy can be an extremely powerful tool for dealing with sleep walking’. Her practice is concerned with mental well-being as the key to happy sleep. She explains, ‘often the person is physically expressing their mental restlessness by sleep walking. Commonly the more stressed they are the more they sleep walk. It’s best therefore to treat the person’s life stresses, worries and fears, leading to a calmer, more relaxed person who sleep walks less and less’.

Alice cites an example of a former client who regularly ate in the night whilst she was fast asleep. ‘Every night she would sleep walk into the kitchen and pull out all the fatty, sugary snacks she normally avoided and messily pig out! Her partner couldn’t stop her as she’d get aggressive towards him so he would leave her to it’. Thankfully, Alice was able to identify her client’s anxieties to alleviate worrisome thinking.  This eased the stress that was causing the night time activity and stopped her sleepwalking.

Do you sleepwalk? Tell us your stories in the comments.