Sleeping during the night and being awake during the day is a natural part of human life. This pattern is controlled by your circadian rhythm (or body clock). You will probably notice that you are more...

Sleeping during the night and being awake during the day is a natural part of human life. This pattern is controlled by your circadian rhythm (or body clock). You will probably notice that you are more alert or sleepy at different times of the day, this is again due to your circadian rhythm. At different times of the day, the rhythm will rise and fall. This is all controlled by the Suprachiasmatic Nucleus (SCN) in the hypothalamus, which in turn controls body temperature and hormones that cause and stop sleep. One of these hormones is melatonin, which helps you to fall asleep.

Read More: Kickstart Your Routine To Improve Your Body Clock

Melatonin is a hormone that is naturally produced by the body. The hormone signals to the body that it is time to sleep and so is sometimes called the “sleep hormone”. 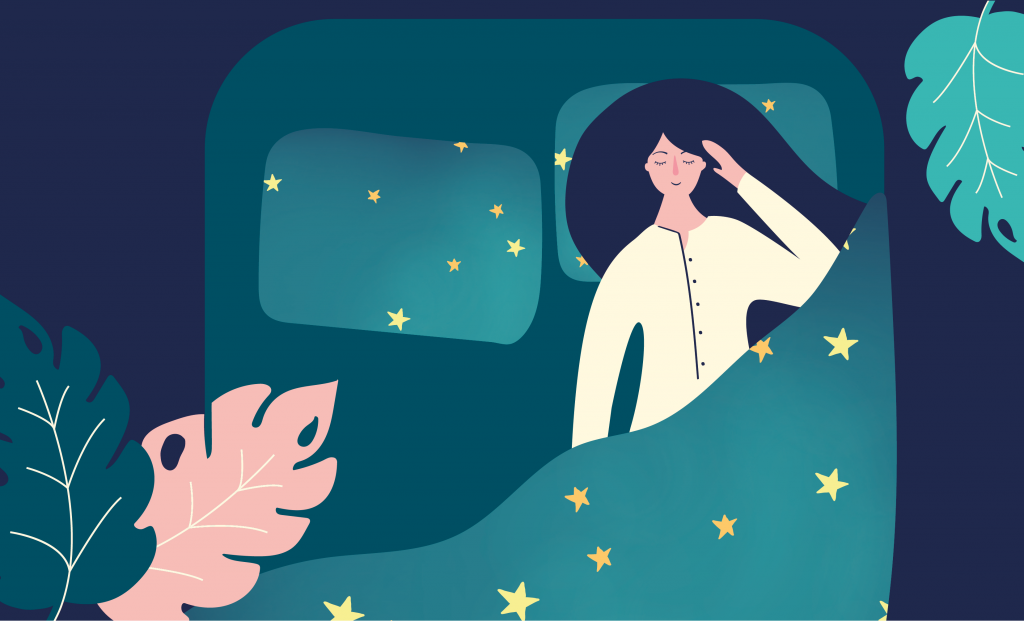 What Is A Hormone?

Your body produces a variety of hormones. These are the body’s chemical messengers, they are released by endocrine glands and travel through your bloodstream to different parts of the body. Hormones tell different tissues and muscles what to do.

There are three classes of hormones:

Within these classes, hormones have a wide variety of chemical structures. The hormone binds to specific receptor proteins in cells on its target, which lead to the cell changing its function.

Hormones affect many processes in the body, such as mood, growth and metabolism. Generally, they regulate physiology and behaviour.

Where Is Melatonin Produced

In the body, melatonin is secreted by the pineal gland. The pineal gland is a small, pea-sized gland located just above the middle of your brain. In shape, the gland represents a pine cone, which its name is derived from. This gland is found in the brain of most vertebrates.

How Melatonin Works In The Body

Once released into the blood, melatonin activates melatonin receptors, though it also has a role as an antioxidant. Sleep promoting effects have been linked to the activation of the MT1 (though there are

other receptors that have different functions). When activated this receptor inhibits brain activity. 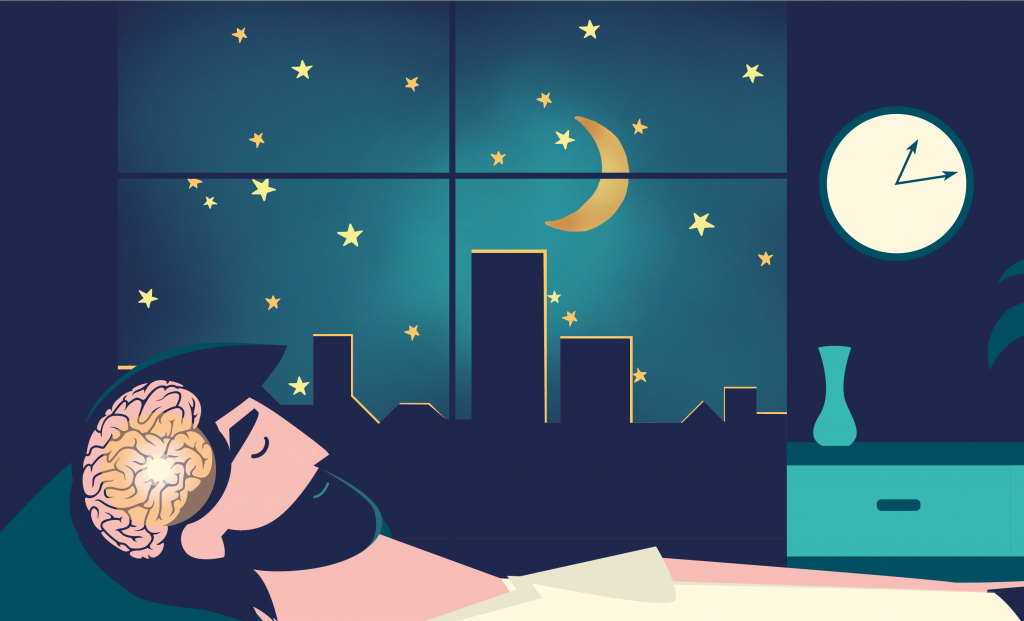 When you are exposed to light, this light travels down the optic nerve of the eye until it reaches the SCN. The SCN then signals to produce hormones such as cortisol and to raise your body temperature, which causes you to start waking up. The SNC also inhibits the release of melatonin at this time. In the evening, when not as much light enters the optic nerve, the SCN stops inhibiting melatonin, which then starts the sleep process.

How To Sleep Better

If you’re having difficulty sleeping, it could be due to your exposure to light, which confuses your signalling system. Jason Piper, a certified sleep coach and founder of Build Better Sleep told us:

“Melatonin is also known as the Dracula hormone because it only comes out at night. It is produced in the pineal gland and released when it is dark out. It helps us to feel sleepy, entrain our circadian rhythm, and is the body’s strongest antioxidant.

The body has natural rhythms to wake us up and to put us to sleep. This is very useful. In the morning our cortisol levels naturally rise to wake us up and prime us for the day. Cortisol is good in the morning as it makes us alert, clear thinking, and gives us energy. At night as the sun sets, our eyes register the changing light and melatonin is released so that we feel sleepy, so we can rest and repair the body overnight.

If you think back to a time before electricity, this worked perfectly. We were up at daylight to hunt, farm, and gather. All of the days’ activities were done during daylight hours and then night time was dedicated to sleeping.

Fast forward to today, and most of society is living opposite of their biological clocks and it is wreaking havoc on their bodies. We wake up and head off to spend most of the day inside a building under dim lighting compared to the sun. We then come home and turn on bright lights compared to what is outside when it is dark. This action tells the body it is still daytime. This is why a number of people are having a hard time falling asleep. They are sending mixed signals to their brain.” 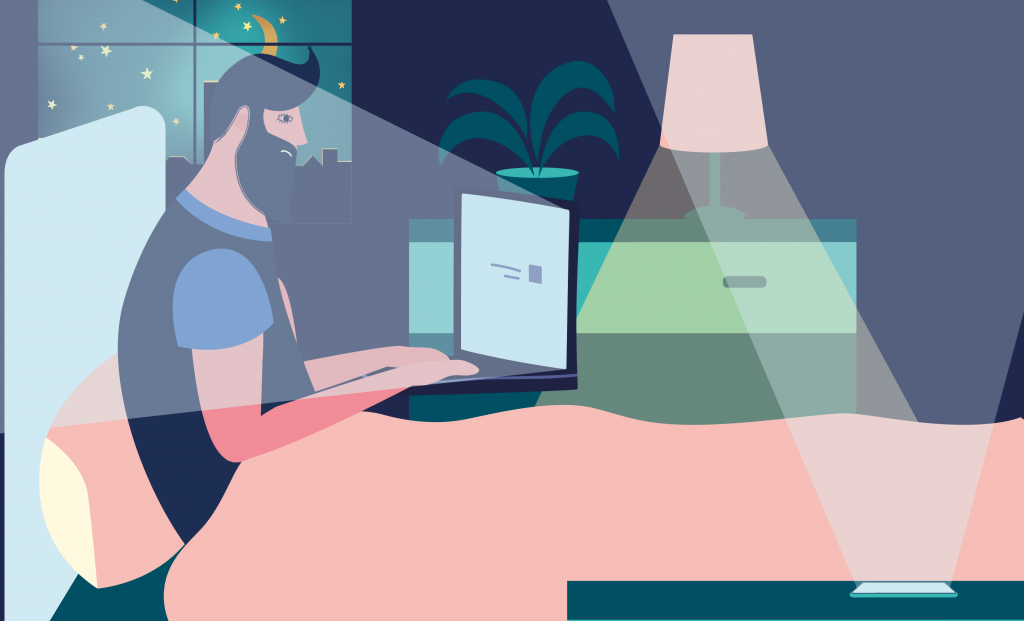 In addition, Bart Wolbers, a researcher and science writer at Alex Fergus added:

“Traditionally, during millions of years of human evolution, sunlight was the main source of blue and green light exposure. Bright light that enters the eye suppresses melatonin levels–and absence of that light, as you now know, increases levels.

“There are indications – although science is not 100% clear on this – that melatonin helps you sleep quicker, deeper, and aids in keeping you asleep.

“The best way to boost melatonin levels, that doesn’t have any side-effects, is to wear red-tinted blue-blocking glasses before bedtime. The reason for wearing blue-blocking glasses at nighttime is because artificial light – coming from light bulbs, smartphones, television screens, billboards, and other tech – all put out unprecedented amounts of blue and green light.

“Modern technology, since the invention of the Edison bulb in 1879, has thus altered the human relationship to dark and light rhythms. The campfires, oil lamps, and candles that were used before that time almost exclusively put out red and infrared light and don’t disrupt your melatonin levels.”

As sleep is naturally regulated by day and night, it stands to reason that with artificial light some of us find it difficult to sleep. Blue light found in energy-efficient lighting and screens seems, in particular, to be disruptive. But it’s not all about light, there other areas that can also affect how well you sleep. If you want to sleep better naturally try the following:

1. Reduce blue light exposure in the evening
2. Increase your exposure to bright light during the day
3. Reduce your caffeine intake later in the day
4. Have consistent bed and waking times
5. Minimise noise and light in the bedroom 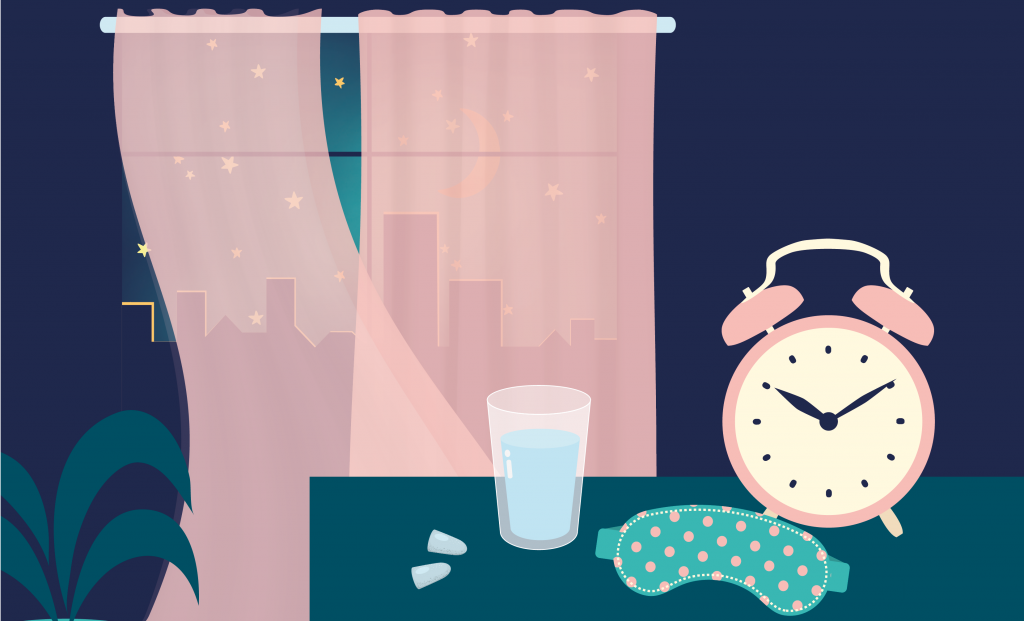 Read more: How To Get A Better Night’s Sleep

If you find it hard to sleep naturally, you could try a melatonin supplement to help you to sleep.

It is possible to use melatonin for sleep. In the UK, melatonin is available as a prescription-only medicine and so needs to be prescribed by your GP. By taking melatonin you may help to induce your body’s sleep cycle.

Some people will use melatonin for jet lag, to regulate sleep during shift work or for insomnia and other sleep problems.

How much melatonin you should take varies between different people. Other factors, such as weight and overall health can affect how your body responds to the supplements. It is advised by the National Sleep Foundation that 0.2 milligrams to 5 milligrams can be taken by adults. This should be taken one hour before bed.

When taking melatonin tablets it is best to start with a low dose, so that you can check for side effects. If sleep doesn’t improve, and there are no side effects, you can gradually increase the dose until you sleep better. Though you should not get over the 5mg dosage unless recommended by your doctor.

It is possible to use melatonin for children, generally if they have a disorder that stops them from sleeping. Though children should take a much smaller dose than adults.

There’s not enough evidence to clearly say whether or not taking melatonin for sleep works. Some studies show that they do, whereas others prove the opposite. Every person also reacts differently to supplements.

There is evidence that melatonin can reset the body clock and this is established. Although it is not clear if exposure to light is more effective. The research does suggest that if melatonin is taken at an appropriate time it can improve sleep when used for shift work and jet lag.

“Melatonin is a hormone that is produced by the pineal gland that assists in triggering sleep. Melatonin production is closely related to light exposure and is more effectively produced in the dark. Establishing a regular sleep and waking cycle with light cues, can significantly help encourage melatonin production. Melatonin is produced by transforming an amino acid called tryptophan, meaning that dietary factors can affect melatonin production. Tryptophan can be found in foods such as chicken, dairy products, eggs, spinach, nuts, seeds and salmon. It’s also important to know that in order for your body to produce sufficient amounts of melatonin from tryptophan, sufficient amounts of zinc, B6 and magnesium are needed. Melatonin supplementation in doses ranging from 1-5 mg have been shown to be effective in those with trouble sleeping due to jet lag or shift work.” 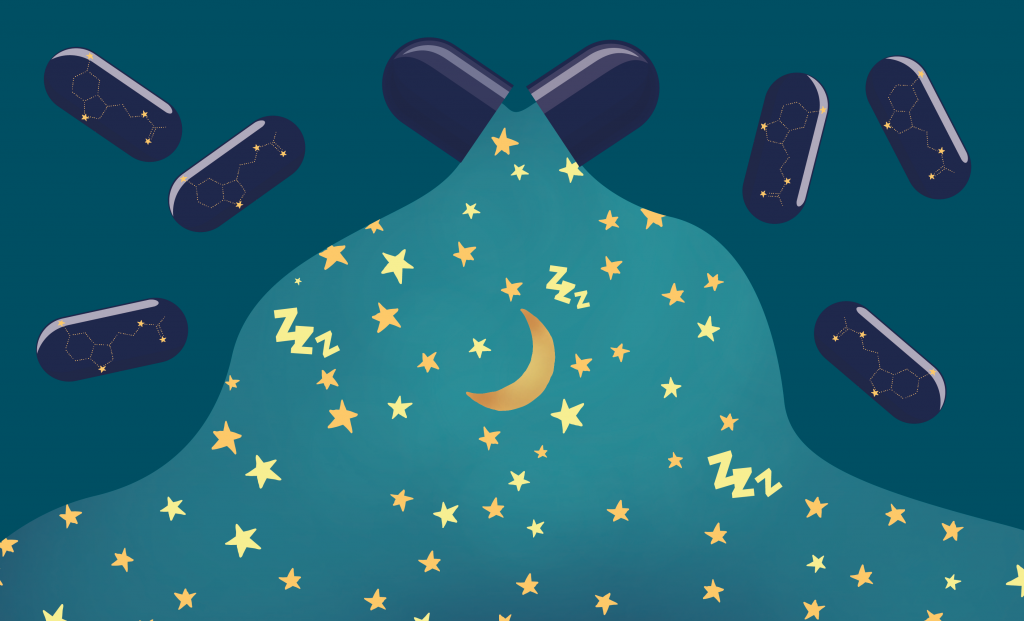 So to answer whether melatonin supplement will work, there is no clear answer.

Liz Brown, a sleep science coach and founder of SleepingLucid gave us her opinion on melatonin as a supplement:

”Melatonin a hormone produced by the pineal gland and is most active at night. The unique thing about the melatonin hormone is that its production is heavily affected by light as it can only be produced when one is in a dim-lighted area. An increased production in melatonin makes sleep more inviting.

Melatonin is generally considered safe, with fewer side effects than other sleeping medicines. However, side effects can include headaches, dizziness, depression and stomach upsets, among others.

It is also important to note that melatonin can cause issues if you are taking other medicines, such as birth control and diabetes drugs.

“Your body naturally produces melatonin to help you sleep but sometimes it doesn’t produce enough. In such cases, a melatonin supplement can be used to aid sleep when taken in the correct dosage. If you’re sleeping at a time that is out of your natural sleep-wake cycle and your brain isn’t producing melatonin yet, then taking a supplement may be just what you need to fall asleep. Getting the right dosage of melatonin varies between individuals. Too much melatonin can disrupt your optimal sleep-wake cycle.”

Overall, it may be best to try and improve your sleep naturally before taking melatonin supplements. However, if you still can’t sleep, be sure to consult your doctor.