How much do you know about sleep? Here are some interesting facts about sleep you might not have been aware of.

Most of what we know about sleep has only been discovered in the last 25 years, but it’s fair to say we’ve made up for it. Scientists and researchers all over the globe are learning more and more about sleep every day, teaching us things we never even dreamed about (excuse the pun). We’ve put together a list of 22 of the most interesting and surprising facts about sleep that you may not know. 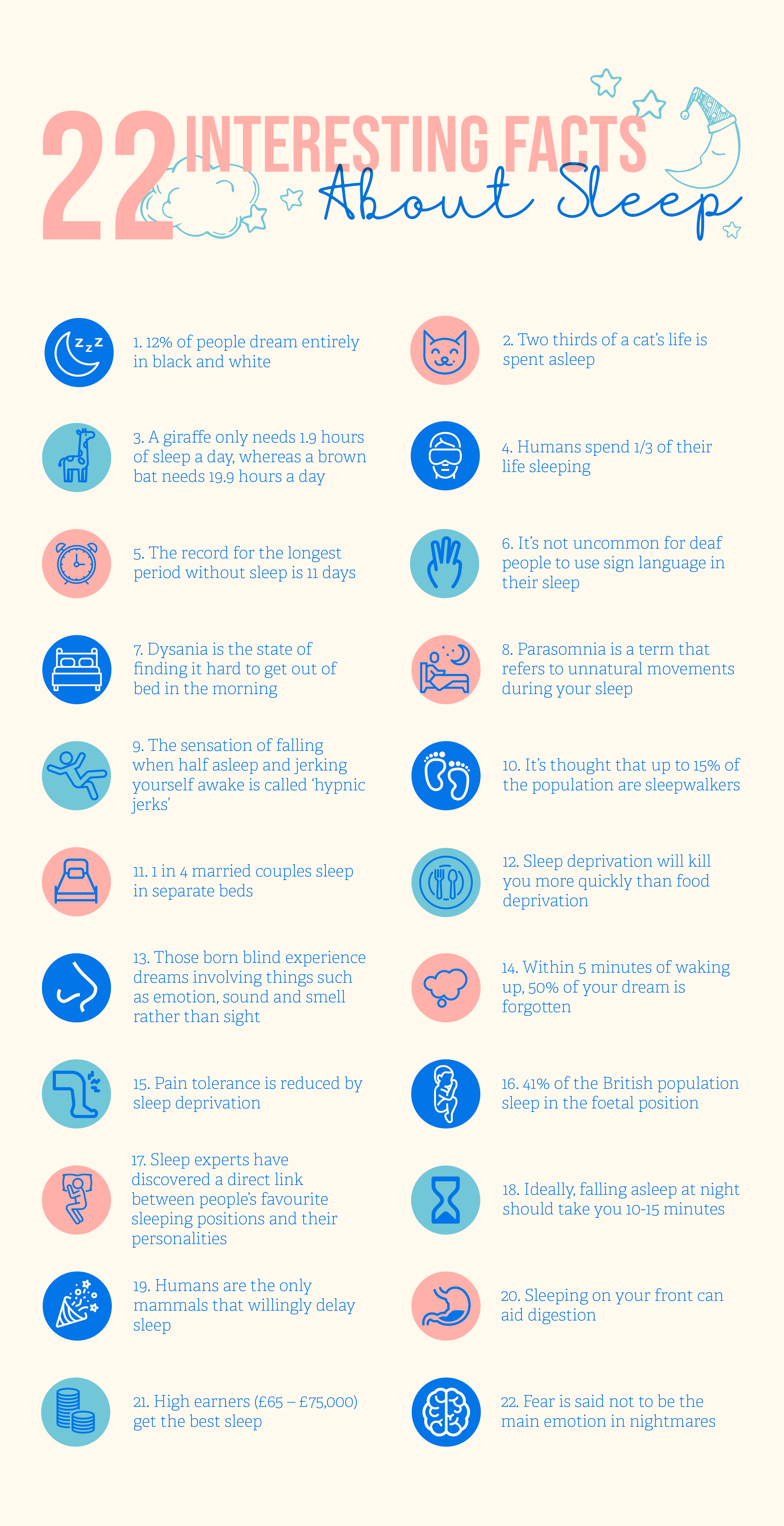 The facts about sleep

1. 12% of people dream entirely in black and white

Before colour television was introduced, only 15% of people dreamt in colour. Older people dream in black and white more often than younger people, it’s all here in this study.

2. Two thirds of a cat’s life is spent asleep

This will come as no surprise to most cat owners. Every sofa is a sofa bed to them. Otherwise found on your favourite seat or computer keyboard. 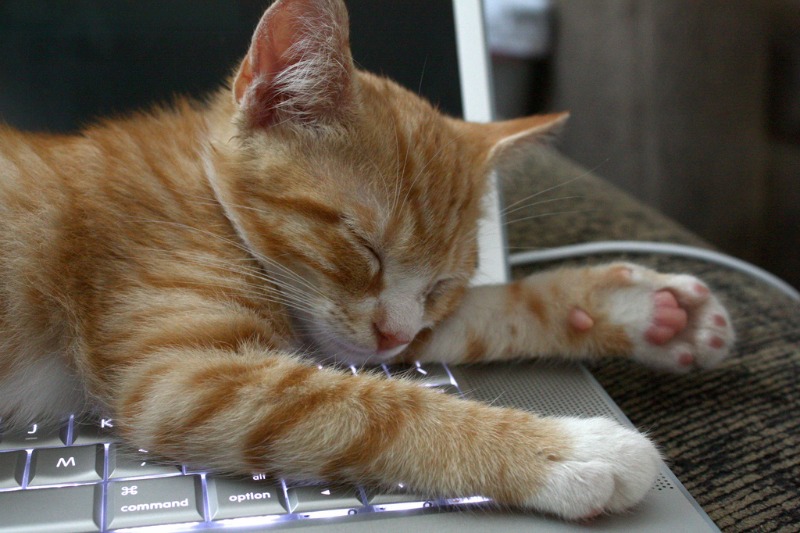 Learn more about other animals and their sleep here, including ferrets, cheetahs, and sloths.

4. Humans spend 1/3 of their life sleeping

This obviously differs depending on the age of the human, but on average it’s around a third, which is quite a lot when you think about it.

Related: How Do Sleeping Patterns Affect Your Sport?

5. The record for the longest period without sleep is 11 days

This was set by a Californian student named Randy Gardner in 1964. This is definitely not recommended, however, as Randy experienced extreme sleep deprivation and others have died staying awake for too long.

6. It’s not uncommon for deaf people to use sign language in their sleep

There are many instances where people have reported their deaf partners or children using sign language in their sleep.

7. Dysania is the state of finding it hard to get out of bed in the morning

We’ve all no doubt found it tricky getting out of bed before, but those suffering from Dysania find it particularly difficult. It’s most likely to be a form of Chronic Fatigue Syndrome. 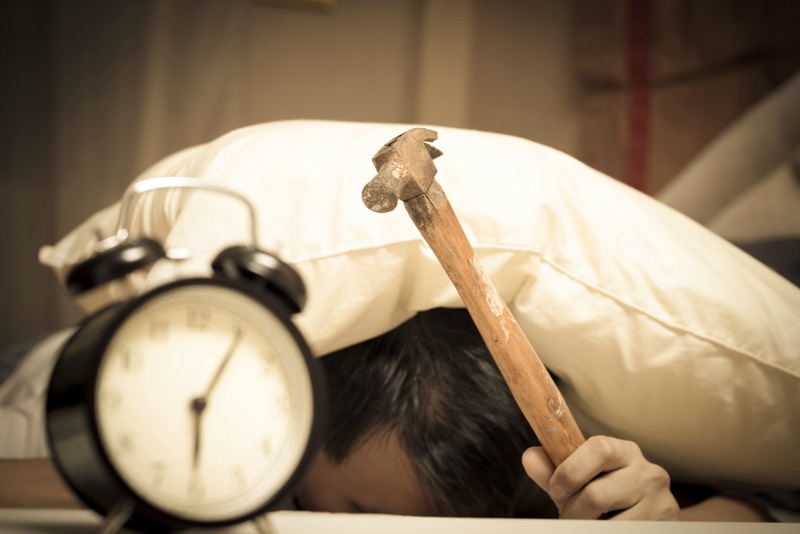 8. Parasomnia is a term that refers to unnatural movements during your sleep

Some people have even committed crime due to parasomnia, including sleep driving and even murder.

9. The sensation of falling when half asleep and jerking yourself awake is called ‘hypnic jerks’

No one is totally sure why hypnic jerks occur but they are deemed to be perfectly healthy. However, they may be increased by anxiety, caffeine or physical activity close to bedtime. They’re more frequent in young people and decrease as we get older.

10. It’s thought that up to 15% of the population are sleepwalkers

This is according to the National Sleep Foundation. It’s also a myth that you shouldn’t wake someone who is sleepwalking.

Related: The Ultimate Guide to Sleeping Positions for Couples [Infographic]

Dr Sarah Brewer told us why this might actually be a good thing.

12. Sleep deprivation will kill you more quickly than food deprivation

Neither are good for you, obviously, but this article claims that sleep is actually more important than food in the short term. 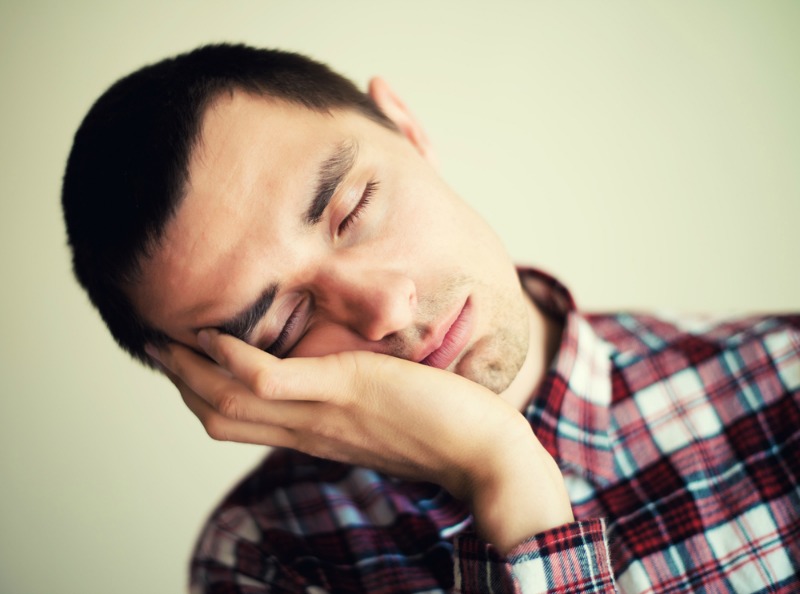 13. Those born blind experience dreams involving things such as emotion, sound and smell rather than sight

This is a topic that is really quite interesting and the timing of the blindness in a person’s life may impact what that person dreams about. There’s plenty more on this here.

After an additional 5 minutes, 90% of recollection is gone. Sigmund Freud believed this was because dreams represent our repressed thoughts and so our brain wants to get rid of them quickly. However, it’s much more likely due to our brains simply being used much more as soon as we’re awake and so we forget much of what we’ve dreamed about.

This study suggests that cutting a person’s sleep in half dramatically reduces pain threshold although it’s not 100% clear why.

16. 41% of the British population sleep in the foetal position

This is from research done by Professor Chris Idzikowski, director of the Sleep Assessment and Advisory Service, though five other sleeping positions have been identified: the log, yearner, starfish, soldier, and freefaller.

17. Sleep experts have discovered a direct link between people’s favourite sleeping positions and their personalities

This is also according to Professor Idzikowski, suggesting that those who sleep in the foetal position “may appear tough but are actually sensitive souls right to their core.” See what the Professor says about the other sleep positions. 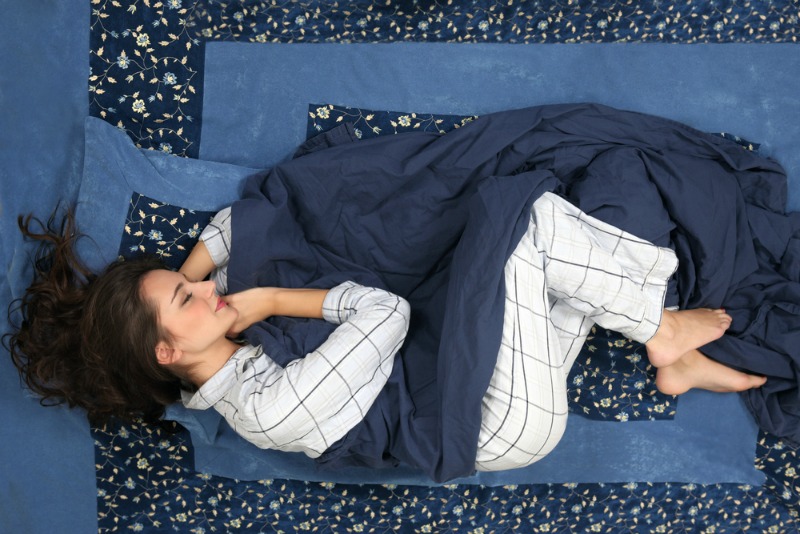 18. Ideally, falling asleep at night should take you 10-15 minutes

If it takes you less than five minutes, chances are, you’re sleep deprived.

19. Humans are the only mammals that willingly delay sleep

How nice it must be to just go to sleep whenever and wherever you are!

20. Sleeping on your front can aid digestion

Hands should apparently be positioned above the pillow so you’re in a ‘freefall’ position, whilst laying on your left side can apparently help reduce heartburn.

This comes from a report by The Sleep Council. I would certainly sleep better if I earned that much money!

22. Fear is said not to be the main emotion in nightmares

Instead, researchers have found that it’s most often feelings of sadness, guilt and confusion.

How Does Having a Baby Impact Sleep, Routines and Recovery?

Finding the Right Balance – Training Vs. Rest and Recovery