Ever had a dream where you were waiting in line and wondered what it could mean? These dreams are likely to be linked to your ambitions, your current life and where you want to be headed. Find out all about what it means to be stuck in a queue in your dreams.

What Does It Mean to Dream of Standing in a Queue?

Standing or waiting in a line in your dreams can have various meanings but they generally hint at subconscious feelings about impatience and strong emotions towards yourself or others.

These kind of dreams may even help to highlight an important area of your life that needs attention, such as a an important long-term goal that may be taking a long time to achieve.

This article will take a close look at some of the different reasons for why you may be experiencing dreams about standing in a queue. How significant could they be to your waking life? Let’s find out.

Strolling along a pavement on a busy city street, you join the end of a long queue. It stretches out all the way along the block before winding its way around a corner. Checking the time, you slowly shuffle forward as everyone in the line inches along at a snail’s pace.

As you progress along the street some thoughts start racing through your mind. What am I doing here? Why’s everyone in this queue? You feel apprehensive as you can’t quite remember why you joined the line, but then you’re sure it must’ve been for a good reason.

You don’t dare to leave it as you’ve been trudging along for ages, so you carry on queuing for what feels like an eternity until you round the next corner. The queue just doesn’t end. Eventually you realise you’ve walked a full circle all around the block. You’re stuck in an endless time loop. Will this torment go on forever?

That’s because the next moment you wake up and breathe a sigh of relief as it dawns on you that it was all just a dream.

Variations of the Dream

There are several variations of queue dreams, all of which are believed to have different meanings reflecting aspects of your waking life. These may include waiting in a never-ending line like I’ve just described, or in one that doesn’t move at all. Maybe you were standing in a line for a while but then had to leave it when the dream moved on.

The reason why you’re standing in the line has a lot of significance. Perhaps you’ve dreamed of people pushing in ahead of you in a supermarket queue and felt helpless as more and more people push ahead of you, making it impossible to move forward. This has obvious reflections from the real world.

Your dream may take place in a random location such as a library, or you could be standing in line for something like a life-changing personal goal, for example marriage, or a driving license exam.

Whatever the reason you’re in the queue the dream is likely to reference how you feel about this goal. See our article on dream meanings.

Meaning(s) of the dream:

Waiting in line has a big social meaning around our desire to be part of a community, be understood, and that we all want something.

According to a study in the American Journal of Sociology, “Cultural values of egalitarianism and orderliness are related to respect for the principle of service according to order of arrival which is embodied in the idea of a queue. The importance of time in Western culture is reflected in rules relating to “serving time” to earn one’s position in line, and to the regulation of “time-outs.”

Remarkably, it’s believed that the first historical description of the line only appeared in 1837, in Thomas Carlyle’s The French Revolution. Describing a postwar scarcity of bread, he wrote: “If we look now at Paris, one thing is too evident: that the Bakers’ shops have got their Queues, or Tails; their long strings of purchasers, arranged in tail, so that the first come be the first served.”

The meaning of the queue dream can vary widely depending on the situation and the aspects of the dream. The overriding theme tends to be centred around inner patience and tolerance.

Let’s now look at some of the more precise meanings of specific queue dreams.

1. Seeing a line of people

You may have a dream in which you’re not actually standing in line but you see a line of some sort, be it people or some kind of objects. This kind of dream is likely to mean that you need to pay attention to your surroundings and be more observant about people.

If you do see a queue of people in a dream, it is highly probable that you also have an impatience about some aspects of your real life.

2. Waiting in a queue

Standing and waiting in line is likely to be a direct reflection of something important that you’re waiting for. It could show that you need to be more patient with your needs and expectations. It may be useful for you to learn to wait for something without losing your composure.

What you are waiting for may be a long ride, but be patient. Depending on how long the wait is, it may mean your goal is going to be met soon, but you might be restrained in life at the moment. Some relevant advice relating to this would be not to rush things or lose hope.

If you left the line it could be a sign of impatience, or you may have left it to do other things you need to dedicate your time to. Perhaps you should focus on a single important task and focus all your attention on this one goal.

Waiting in line could also mean you have subconscious emotions about yourself and that you need to place more focus on yourself and your inner feelings. You might be putting others above yourself or believe that your needs are not as important as others. Or pointing to your feelings about where you stand in relation to others.

Related: What does it mean to cheat in a dream?

3. Being cut in line

If you ever have this kind of dream it may well be because being cut in line represents your feelings about other people and unfair treatment. It may be around the concern of others having to do less than you to achieve the same goals.

Seeing someone become aggressive or two people fight while in line could mean that there will be a big event in your life that might come and derail you from your goal.

So what are the most important issues that this kind of dream can bring to light? Although there may not be a definite meaning, your brain is processing things as you sleep, so it can show areas that need your attention. These could be connected to your emotions, patience, or even fears.

As this type of dream revolves around goals, internal feelings, and fears finding the source of these can help. There might be a particular event or goal on your mind, sometimes the location of the line or what you are waiting in line for may help understand what these feelings are about.

Getting help for these powerful emotions may be the best way you could respond to such dreams.

Waiting and queuing up is something that is seen all the time in popular culture. There’s a long history as to why we stand in line, how it came about, and a psychology to standing in line. But there are also unspoken rules about standing in line, and it even differs round the world. Here in Great Britain we’re internationally known for having an obsession with joining queues and there are so many gags about the subject they could fill a joke book. In fact, queueing rules are so socially important here that they are part of the citizenship test.

Most countries have some form of etiquette around queueing, and a commitment to fairness around “first come, first served”. In the USA, an experiment by psychologist Stanley Milgram found it took researchers often half an hour to work up the courage to cut in line. And queueing is so regimented in Japan that a single spot on a ski chair lift may go empty, rather than assuming two strangers would be ok sharing a lift.

There are even guides to the correct etiquette of waiting in a queue.

Find out more about dreams that evoke strong emotions by reading our articles on being chased in your dream, why your teeth fall out in your dream and what it means to be late in your dream. 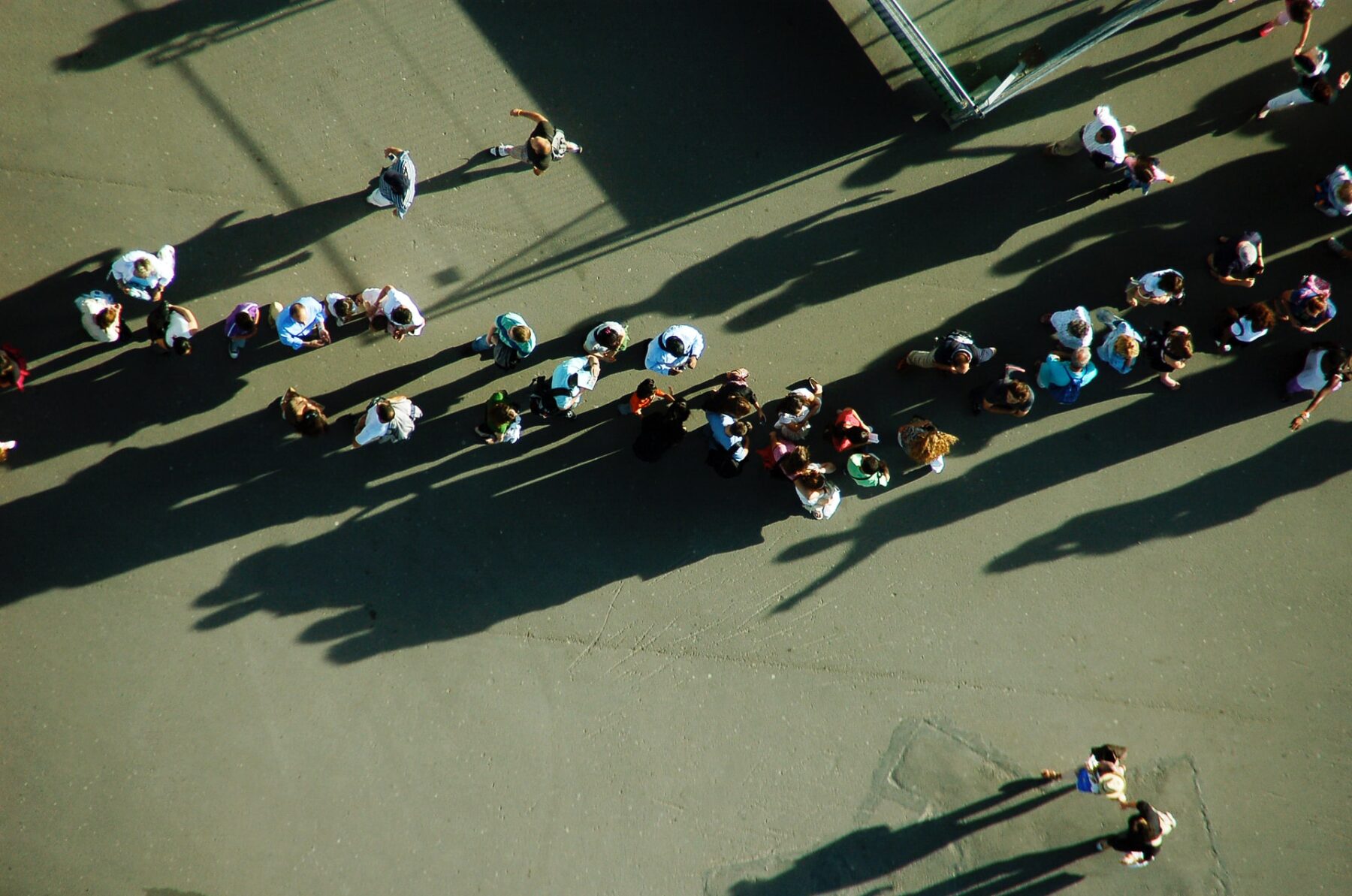 For more, check out the meanings of another common dream about teeth falling out. Or, another embarrassing moment is dreaming of being naked.

See all articles by Nicholas Barber

Dreaming of Falling And What It Means

Octopus Dreams – What Do They Mean?