How to Understand & Overcome Sleep Deprivation

We’re all aware of just how crucial a good night’s sleep is to properly function throughout the day. A bad night’s sleep can leave us pouring orange juice on our cereal, dropping toothpaste down our clothes and...

We’re all aware of just how crucial a good night’s sleep is to properly function throughout the day. A bad night’s sleep can leave us pouring orange juice on our cereal, dropping toothpaste down our clothes and frantically hunting for the glasses on our head. These are all frustrations that could easily have been avoided by catching a few more zzz’s. But what are the effects of actual sleep deprivation, rather than just one sleepless night spent tossing and turning?

What is sleep deprivation?

Sleep deprivation doesn’t necessarily have a minimum level required. It is simply the state of lacking sufficient sleep. According to the National Sleep Foundation, sufficient sleep is between 7-9 hours for adults. So, any less than 7-9 hours’ sleep over a period of time would mean you are sleep deprived unless you are in the tiny percentage of the population considered Short Sleepers.

It’s common knowledge that a lack of sleep is known to cause poor mood, reduced reaction times and, of course, generally feeling tired. However, sleep deprivation, particularly over prolonged periods of time, can cause more serious health issues such as heart disease, diabetes and obesity. Beyond the self, a lack of sleep can also negatively affect your relationship.

How does sleep deprivation affect your brain?

When lack of sleep becomes drastic the brain actively begins to switch off sections that aren’t necessary for survival. This means that brain function is impaired massively, therefore affecting every single process in our bodies. Drowsiness affects reaction time in such a way that alcohol does, which leads to both minor and major accidents. Lack of sleep also impairs our ability to consolidate what we have learnt the previous day. This is a process which occurs during deep sleep.

‘In the acute setting, sleep deprivation can lead to accidents, mood fluctuations, memory and cognitive dysfunction. Studies have shown sleep-deprived subjects did worse on memory games and math tests compared to when they received a restful night of sleep’ says Laeeq Shamsuddin, MD at Midwestern Regional Medical Centre. Essentially, losing out on sleep means losing out on learning. This means students that don’t receive sufficient amounts of rest may eventually fall behind in their studies. Potentially this could create brain damage, according to flyby.

After prolonged sleep deprivation, the body’s hormone production goes awry. The body over-produces the stress hormone, cortisol, which can then break down cortisol in the skin. This means that, over time, living on little sleep can effectively put years on your face by adding under eye bags and fine wrinkles. Unbalanced hormones can also lead to low libido, an inability to recognise positive facial expressions and body language, and, sadly, depression.

Neurologist Michele Bellesi of the Marche Polytechnic University conducted a study on the brains of sleep-deprived mice. The team measured the activity of glial cells in their brains. These cells ‘clean up’ the brain’s synapses and expose damaged cells and debris. They found that the glial cells were active in 6% of synapses in well-rested mice – less than half of that in a sleep-deprived mice who had a glial cell activity in 13.5% of their brains’ synapses.

While this may sound like the sleep-deprived mice had squeaky clean brains, it leads to a slightly more damaging outcome. This same type of overactive glial cell behaviour is present in the brains of patients with Alzheimer’s disease and other forms of dementia. So, it is thought that continuous or ‘chronic’ sleep deprivation can be a contributing factor to these illnesses later in life.

In addition to potential lasting damage, lack of sleep usually has immediate effects, too. It’s harder to control your mood meaning you usually become more sensitive to things which usually wouldn’t bother you. This is because the amygdala (the area of the brain that controls emotion) becomes overactive when you don’t get enough sleep. It means your reactions and emotions are heightened and less controllable.

Read more: How Does Your Mood Affect Your Sleep?

Your memory can also become altered due to the change in the function of your hippocampus. The Independent says:

‘Just one bad night’s sleep impairs the hippocampus, which is the critical region for storing new memories. This means people struggle to remember new pieces of information.’

So, if you wake up feeling disorientated and manage to pack a tub of butter rather than your lunch, it’s probably down to your sleep the night before. 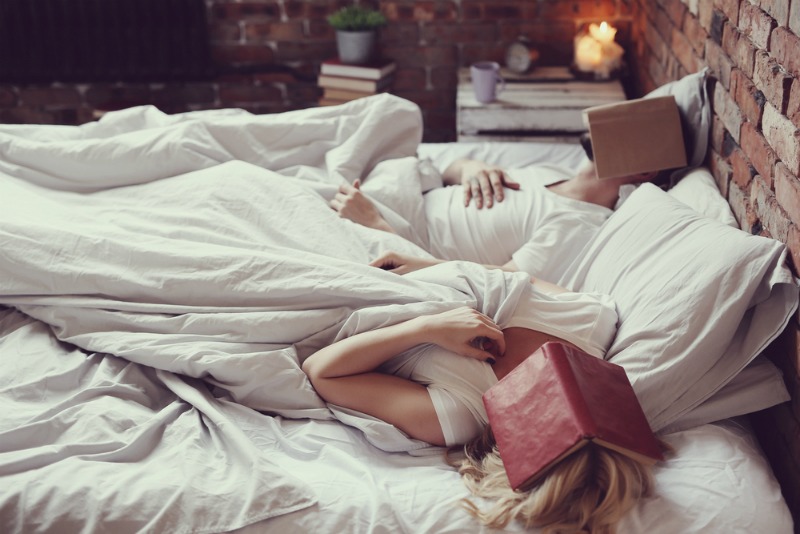 Sleep deprivation massively affects health in a variety of ways. As observed by Medscape, appetite is affected to the extent of eventual obesity in some cases. The hormones involved in stimulating appetite, grehlin, are increased, and leptin, which is responsible for suppressing appetite, is reduced. It can also lead to heart and general health problems.

The importance of sleep in relation to daily function has been a contentious issue. People are so unwilling to ‘waste time’ that they attempt to cut down on the hours of sleep they get each night. Margaret Thatcher famously survived on only four hours of sleep a night. However, unless you’re incredibly in demand, like her, then it’s unlikely that you really need to go without. According to Business Insider UK, even in such a time of crisis as WWII, Winston Churchill understood the importance of getting enough rest. He believed napping was the key to his wartime success.

Data provided by Sleep Cycle uncovered the average amount of sleep has dropped from 8 to 6.8 hours across the world, so you’re not alone if you are suffering.

Sleep deprivation has caused some of the most tragic events in our recent history. The worst nuclear explosion in history, at Chernobyl, 1986, occurred whilst engineers worked a shift that was over 13 hours. The accident at Three Mile Island in 1979 had the same cause, as did the Exxon Valdez oil spill in 1989. These accidents had a massive impact on the people and environment in close proximity to them. The effects have had severe ramifications in the years since.

Sadly, around 100,000 deaths in motoring accidents are caused by drivers suffering from fatigue according to the National Highway Traffic Safety Administration. This shows just how widespread the problem of sleep deprivation is. Driving tired can be just as disastrous as drink driving and is to be avoided at all costs. 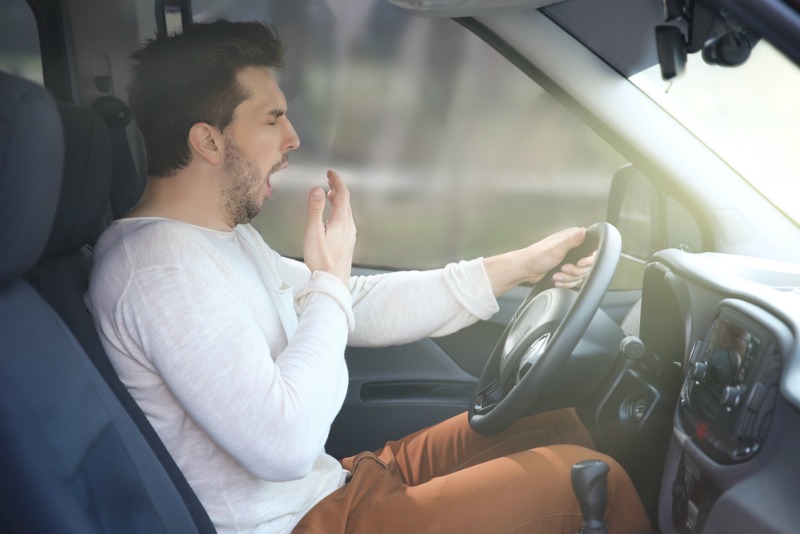 What this all serves to prove is that extremely drastic results can occur from sleep deprivation. But why is this? What is it that happens to our brain when we try to exist on very little to no sleep?

How to avoid sleep deprivation and improve your sleep

Having the capacity to survive on little sleep has become somewhat of a competition in modern times. Working long hours, spending time with family and friends, exercising and pursuing personal ambitions can all leave us feeling a little strained. The pressure to fit all of this into 24 hours is only made more intense by the proliferation of social media gurus. They somehow manage to cope whilst looking enviably calm and well-groomed. Being able to carry out the usual daily activities on a small amount of rest may be a bragging point, but the end result is nothing to be proud of.

To improve your sleep, you first need to decipher what’s causing the problems. Something as simple as light coming through the window or living on a busy road can wake you up. The best way to ensure good quality sleep is by preparing yourself for bed and giving yourself the ideal sleep space. Here are some tips to remember:

Have you ever been sleep deprived? Did anything happen that could have been prevented if you weren’t so tired? Let us know all about in the comments below!