Create a calm environment and don’t be a slave to routine, the elite climber on getting a great night’s rest.

Do you practise a sleep regime when training or competing?

I don’t necessarily have a regime as such. Well not consciously but subconsciously I know I need to get more sleep when I’m training harder and I plan around that. I definitely go to bed pretty early – generally by 9 o’clock.

Do you set yourself a target of a certain number of hours sleep a night?

When I’m training full-time, 10 hours is necessary but even when I’m on the road, I’d say 8 hours is my absolute minimum.

My number one sleep tip is to create an environment that you feel relaxed in. I think if your bedroom is really messy it can feel like a place that induces anxiety and that’s not good for sleeping.

I don’t like late nights or early mornings, I prefer sleep.

How do you find sleep (or lack of) affects performance?

A lack of sleep can be okay for a very short period of time. In the past I’ve had nights before a competition when I’ve not really slept but then I’ve performed really well which can make you think you can get away with it. But a lack of sleep over a prolonged period of time can have a negative effect on both training and performance. You just don’t have the energy to get the most out of the session or you don’t recover very well. 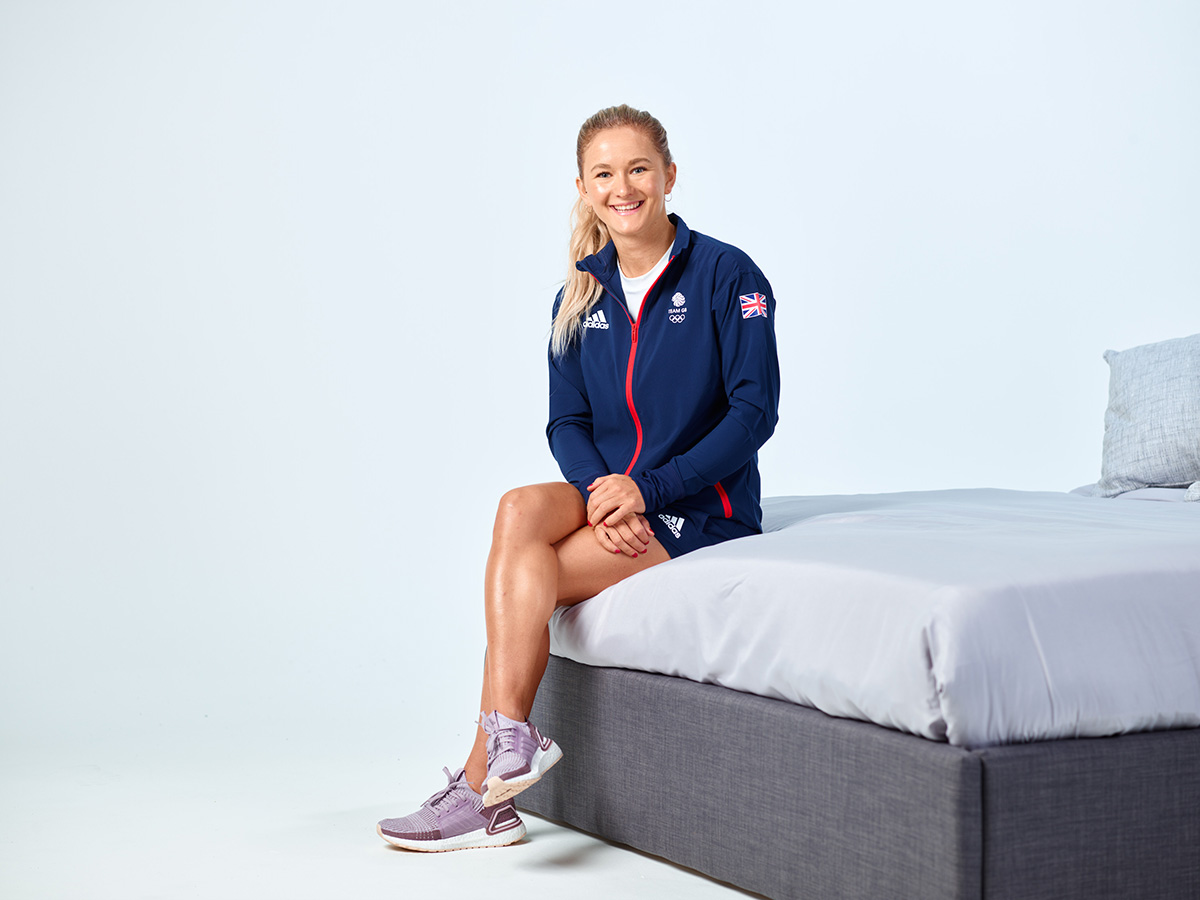 Do you have set patterns or routines before going to bed?

I generally try to stay away from routines. You can get so absorbed in them that, if something goes wrong, it can create a lot of stress. I shower every night before bed because it makes me feel better, but it’s not something I do to induce sleep.

Not that frequently, only because I feel like I have so much to do. I do love napping though, I think it’s really good.

8 hours is my absolute minimum.

What keeps you awake at night?

Nothing, I’m a really good sleeper. I’m one of those annoying people who can sleep through anything no matter what’s going on. There’s probably only been a handful of nights when I’ve not slept well throughout my career.

Do you get nervous / worry the night before a competition?

Yes, I still get nervous. I care a lot about what I’m doing and I think it’s very natural and very normal to get nervous. I’m good now at controlling those nerves and using them to my benefit. I also think knowing that one night’s sleep loss won’t necessarily affect me means that it doesn’t scare me or make me feel uncomfortable.

When the alarm goes, do you leap out of bed or sneak in a snooze?

Always a snoozer. I’ve read so many quotes that say successful people don’t snooze – they get up and take the day by storm, but I’m such a snoozer. I have at least one snooze, sometimes two – maybe even three.

When do you get to lie in?

I do get a lie-in in that I try and have one day a week where I sleep as much as I need. So, I’ll go to bed pretty early and sleep without an alarm. But I also have a dog and he’s a good alarm clock.

Would you consider yourself a night owl or an early riser?

I go to bed early and I get up late! So, I’m neither. I don’t like late nights or early mornings, I prefer sleep.

To discover more about Shauna, visit her athlete profile.

10 Ways to Sleep Better at Night