What to Do if You Can’t Stop Yawning

Yawning is a phenomenon that affects us all. Even if you’ve managed to clock 8 hours of sleep, you can sometimes find yourself yawning at your desk the following morning. However, there’s more you can do...

Yawning is a phenomenon that affects us all. Even if you’ve managed to clock 8 hours of sleep, you can sometimes find yourself yawning at your desk the following morning. However, there’s more you can do than just get more sleep. Here, we take a look into what causes a yawn and what to do if you can’t stop yawning.

What exactly is a yawn?

Yawning involves a deep inhale of breath, followed by an open-mouthed exhale once the lungs are full. The average yawn lasts roughly six seconds and during this time your heart rate can increase by up to 30%. While yawning feels similar to taking a deep breath, studies have found that the physiological changes that take place are different in terms of heart rate, eye closure, lung volume, and respiration rate.

The average adult yawns roughly 20 times a day and this can start as early as 11 weeks from conception, when you are still in the womb.

Read more: Yawning and 7 Things You Might Not Know About it. 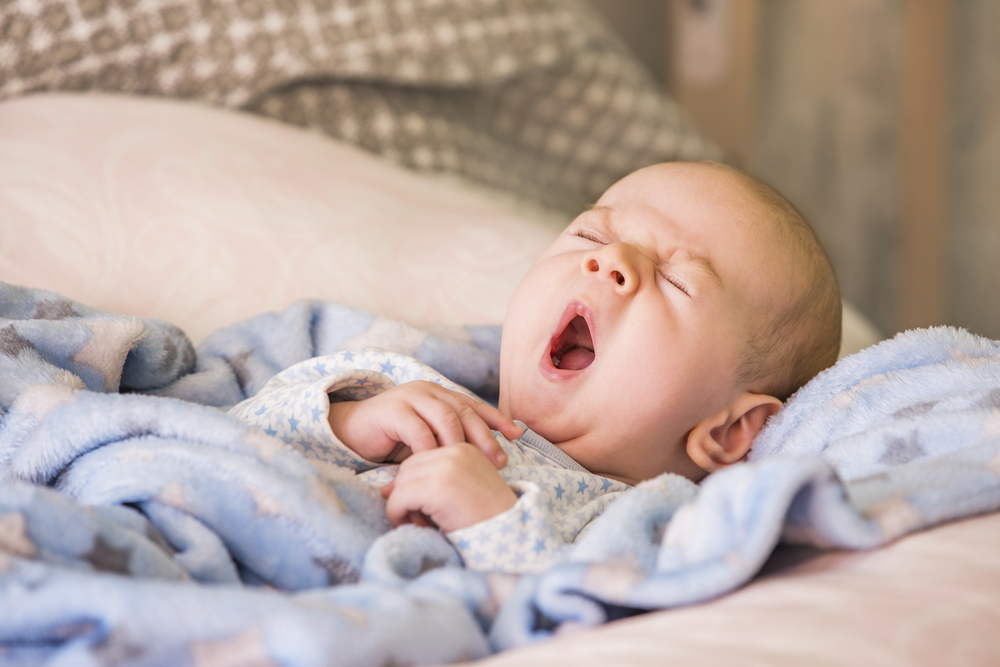 Scientifically there is no strong evidence behind why we yawn, but fatigue, boredom, and contagious yawning all play a big part.

Spontaneous yawning usually occurs when you’re tired. Theories suggest after a lack of sleep there’s less oxygen in your lungs – hence the inhaling of air deeply and slowly. However, there’s little proof to back up this theory.

A more authoritative study suggests that we spontaneously yawn to cool the brain. That’s because pumping air into the brain lowers its temperature. This study monitored brain temperature recordings in rats and found that cortical temperatures were significantly raised until the onset of a yawn, which resulted in temperatures drastically falling for 3 minutes after yawning.

In terms of contagious yawning, the evidence is more concrete. One study found that 50% of participants yawned when watching a video of somebody yawning. Another study also discovered that contagious yawning occurs in families of chimpanzees, macaques, and baboons. 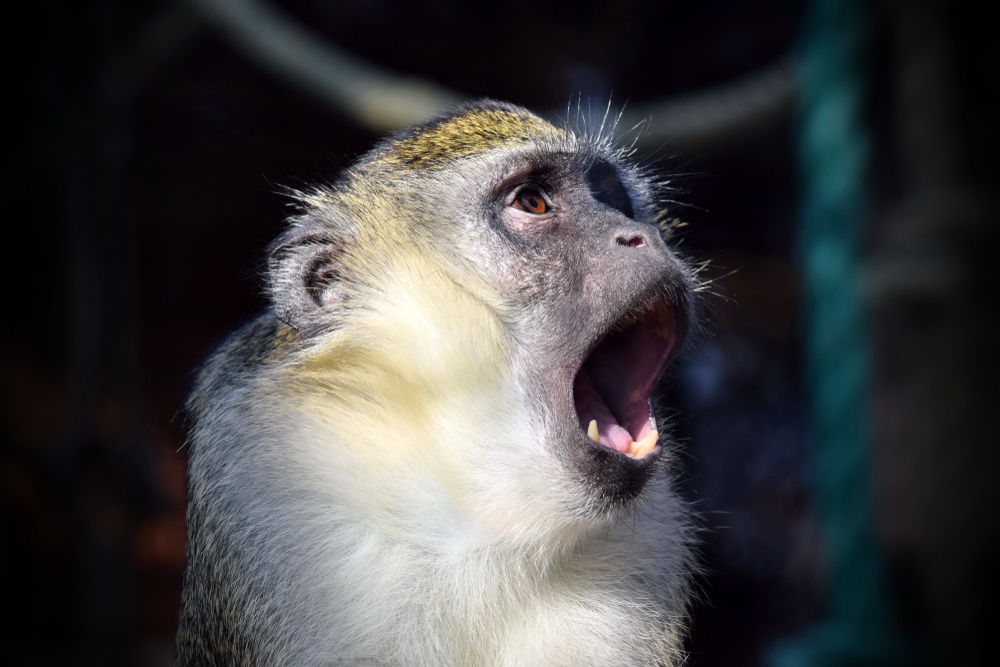 Why is yawning contagious?

Again, there is little understanding behind why we might yawn. Previous research suggests a link between contagious yawning and empathy, suggesting we yawn as tool of social communication. Evidence to back this up includes those who haven’t developed empathy not yawning contagiously. For example, children under 4 do not yawn after seeing others do it.

However, a 2014 study by Duke University, did not find a strong link between contagious yawning and empathy. The strongest discovery they found was older participants are less likely to contagiously yawn than younger people.

What is considered excessive yawning?

According to Healthline, excessive yawning is yawning that occurs more than once per minute. This can often just be due to a late night, however, if you can’t stop yawning, it might be a sign of certain medical conditions, including:

If you’ve noticed a strong increase in yawning, talk to your doctor. They’ll likely ask you to track your sleep habits to rule out the possible cause of lack of sleep. After that, diagnostic tests can help them determine the reason behind your excessive yawning.

How to stop yawning

The treatment to stop excessive yawning is dependent on its cause. For example, if your yawning is due to certain medications, your doctor will likely recommend alternatives. If you can’t stop yawning due to a sleep condition, your doctor may recommend wearing a breathing device overnight.

If you’re healthy but still yawning often, there are certain lifestyle changes you can adapt to help you. This includes exercising regularly, trying to reduce stress, and of course sticking to a regular sleep cycle where you can achieve 8 hours of sleep every night. 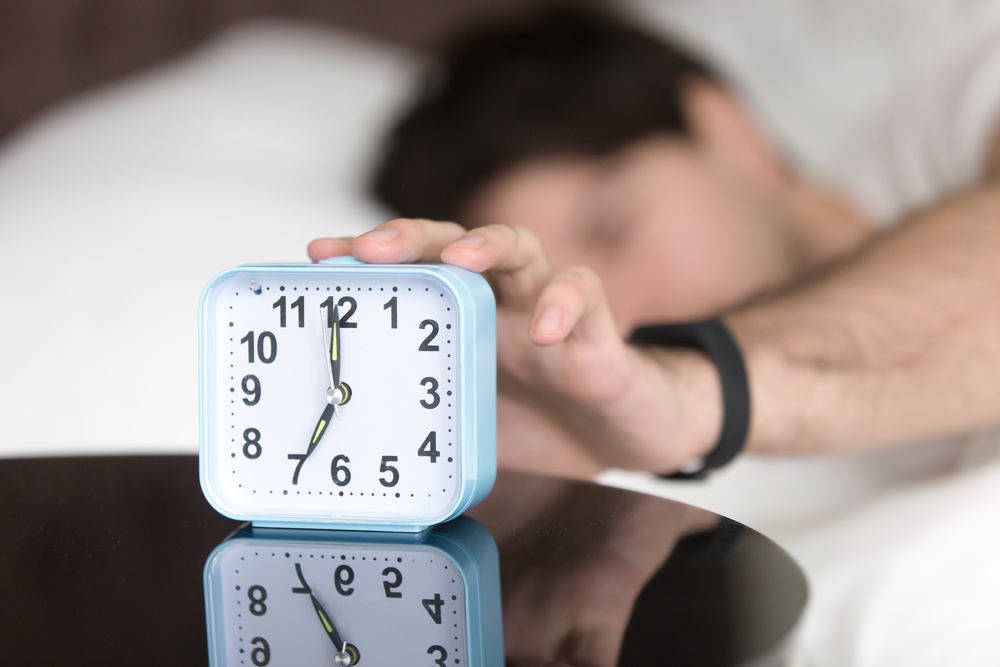 If you can’t stop yawning at awkward moments and you’d like an immediate solution to help you stifle it, try one of the following.

If you lower your body temperature, you’re less likely to want to yawn and inhale the cool air. A 2019 study found that people who wore a cold pack on their neck yawned three times less than those who wore a heat pad over the same time. So, ensure the heating is down or a window is open.

Dehydration can lead to fatigue, which can lead to yawning. If you have an important meeting coming up and you haven’t had a good night’s sleep, ensure you bring some water or juice with you. Ingesting something cold will also help lower your body temperature.

3. Breathe through your nose

It feels like an obvious one, but as yawning involves opening your mouth, try breathing through the nose. Talking to The Healthy, Dr. Robert R. Provine says, “A yawn involves a long inhalation and short exhalation with gaping jaws”. If you seal your lips, you can’t go through the full motions of a yawn.

As well as trying cold drinks, eating cold foods has the same cooling effect which will hopefully prevent a yawn. If you don’t want to be snacking on something unhealthy, try some fruit that has been cooled in the fridge.

5. Press something cold against you

Sticking to the cold theme, a cool compress against your head can also work wonders. As proven by the experiment mentioned earlier with the cold pack on participants’ necks. Hold this to your head for a minute or two before heading into your meeting.

6. Try public speaking or having the spotlight on you

Another discovery that Dr. Robert R. Provine discusses is that recording people generally stops them from yawning. “There’s a social inhibition effect. People looking at you will inhibit yawning”. Put simply, if you’re being watched you’re less likely to yawn. Why not try putting it to the test!

Yawning is most often just a symptom of fatigue, boredom, or a response to those around you yawning a lot. However, if you find yourself yawning more than once a minute, it’s best to see a doctor to rule out any medical conditions. Simple changes like getting a regular night’s sleep and reducing stress is best if you can’t stop yawning.