What Does Sleep Tight Mean?

A phrase most of us have heard, 'sleep tight' has a rather interesting etymological history. Plenty believe it stems solely from the phrase 'sleep tight, don't let the bed bugs bite' but is that really true?

The phrase ‘sleep tight’ is used to wish someone an undisturbed, pleasant or sound night’s sleep, the ‘tight’ in the phrase meaning ‘snug’ or ‘secure’.

There are more potential origins of this than for many idioms and while many seem plausible, tracking them back through documentation quickly causes the searcher to discover a relatively modern source. This modern take — ‘Sleep tight, don’t let the bed bugs bite’ —  relates to a medieval rope-strung bed that was known for attracting bed bugs. This explanation is often considered a complete answer to the etymology of the phrase. But this has little evidence. For example, there’s an earlier version of ‘sleep tight’ usage by a mid-18th Century entry writer, Susan Bradford Eppes:

All is ready and we leave as soon as breakfast is over. Goodbye little Diary. ‘Sleep tight and wake bright,’ for I will need you when I return.

However, while the date of the entry is 1866, the actual date for the publication of Susan Bradford Eppes’ Through Some Eventful Years was 1926, meaning that even this commonly agreed-upon earliest mention is on shakier ground than we might expect. 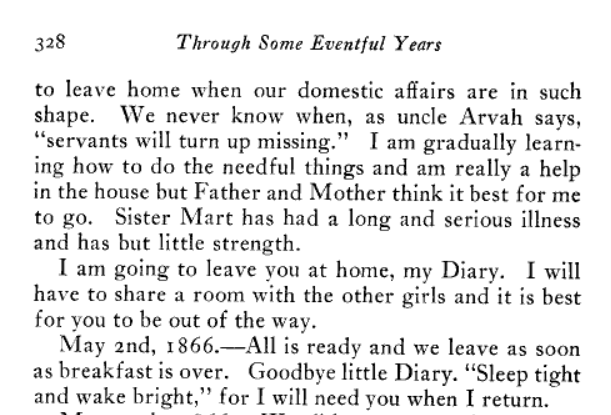 It’s worth noting that the phrase appears in quotation marks in the original text – this is a useful piece of additional information, indicating a separate source for the phrase. However, while ‘wake bright’ begins to appear in Ngrams as early as the turn of the 19th Century, it tends to do so across lines:

It’s not until the mid-19th Century that ‘wake bright’, ‘wake bright and early’ and other variations begin to appear in letters and prose.

So, we turn to the ‘tight’ of the phrase for further illumination – this tight, meaning ‘still’ or ‘snugly’, as we would recognise it from the phrase, appears in documents from the middle of the 18th Century – generally in reference to military garments or to sails – before being used as a standalone term at the turn of the 19th century in phrases such as ‘sit tight’.

This would all seem to debunk at least one of the common statements on the etymology of the phrase – that it almost certainly has nothing to do with rope-strung beds. It would also appear to confirm that the phrase would have been in general use during the period Susan Bradford Eppes wrote her diary.

With the appearance of quotation marks in the diary entry, and the slow convergence of each individual thread of meaning for the component parts of the phrase, everything seems to suggest that the likely origin of the phrase is in the colloquial language of the early to mid-19th century – probably as a direct descendent of the earlier phrase ‘sit tight’.

As you’d expect, ‘sleep tight’ features in every medium dozens of times as throwaway lines in films, in song titles such as Sleep Tight by Celine Dion, as the title of a Spanish language horror film (itself referenced by the film REC which features a journalist that works for a programme called Mientras Duermes), and as a lyric in the song Good Night by The Beatles – which is one of the few songs by the band that features Ringo Starr as lead vocalist; the song appears on the White Album.

For other well-known sleep idioms check out what ‘catch some Z’s‘, ‘sleep like a log‘, ‘hit the hay‘, or what walking ‘up the wooden hill‘ means.