Babies are known for sleeping lots and pulling plenty of facial expressions while they do so. Here, we try to get to the bottom of just what babies dream about and whether they dream the same way as adults.

For those who are new to parenthood, you may be surprised by just how much babies sleep! And that may lead you to wonder whether your little one has dreams, and if so, what do they dream about? Well, dreams occur during a part of our sleep cycle that’s called Rapid Eye Movement (REM) and infants spend twice as much time in REM sleep than adults. So, it’s fair to assume that babies have tonnes of dreams when spending so much time sleeping. But going beyond mere assumption, experts still know little about what happens in babies’ brains while they sleep. Here, we explore what happens when babies are sleeping and try to answer the question: what do babies dream about?

Read more: Dream Meanings – What Do Our Dreams Really Mean?

Although babies spend half of their sleep in REM, neuroscientists believe that it serves a completely different purpose to dreaming. Research shows that when babies are in REM, it allows their brain to develop pathways and connections. This helps infants to convert their experiences and observations into lasting memories and skills, and eventually helps them learn languages.

Because dreams are formed from the visual images that humans experience during their waking realities, it’s unlikely that babies dream the same as adults. Technically, babies are dreaming, however, because they have such little emotional and sensory experience to draw from, there isn’t a lot of material to transform into anything visual.

Do babies have nightmares?

Because your baby’s brain isn’t developed enough and doesn’t visually dream yet, we can assume that babies don’t have nightmares. Nightmares tend to stem from trauma, stress, or an overactive imagination.

Related: The 10 Most Common Nightmares

Although, Kelly Bulkeley, a psychologist, cited evidence suggesting that dreams serve as the body’s instinctive mechanism for protecting itself from hypothetical dangers. With our ancestors, short life spans and constant danger made this dreaming mechanism an advantage to help stimulate threatening events and to help to avoid those threats. In this case, nightmares can happen because of natural selection. However, a baby’s nightmares won’t be scary or visual at this point, it’s just another tool to help their brain develop and help them learn potential threats. 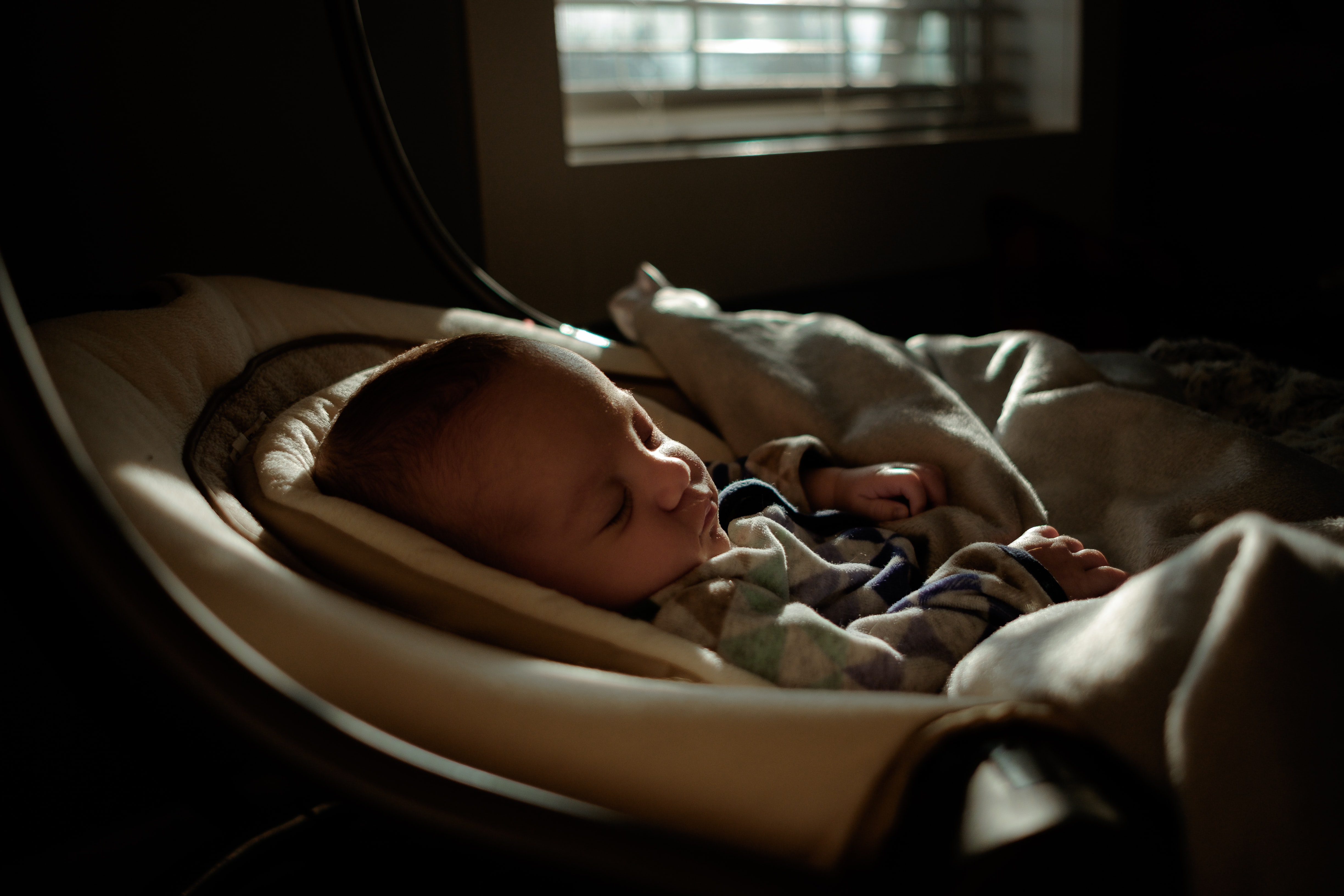 When do babies start dreaming?

In the 1960s, journalist Alice Robb explains in her book Why We Dream how psychologist David Foulkes theorized that children tend not to remember their dreams before the age of 9 years. In his lab, he would let kids fall asleep and then wake them three times a night to ask what they recalled.

He continued his research into children’s dreaming over the decades and in his 2002 book, Children’s Dreaming and the Development of Consciousness, his findings weren’t all that shocking. He concluded that humans are dreamless in their first few years of life, and that exactly what babies and children see while dreaming depends on their age. As children develop and grow, their dreams do too.

Just because babies can ‘perceive a reality,’ he wrote, doesn’t mean they ‘can dream one as well’. Instead, Foulkes found that children don’t start dreaming until they’re about 2 years old and can imagine their surroundings visually and spatially. Even then, the dreams tend to be one-dimensional.

Toddler dreams are usually just snapshots, looking much more like a slideshow than a movie when compared to the dreams of adults. They heavily feature animals and other familiar sights, like images of people eating. According to Foulkes, ‘Children’s dream life…seems to be similar to their waking imagination and narration,’ he continues to explain that typically at this age the dreams are static and plain, with no characters that move or act, few emotions, and no memories.

Kids ages 5-9 years begin seeing moving images and characters in action and dreams start to include multiple events strung together. Kids at this age also start to develop a greater ability to remember their dreams, however, this is not always the case. When roused during REM sleep, 25% of children in Foulkes’ studies had no recollection of dreaming until they were the age of 9.

It isn’t until around age 7 or so that humans start to have graphic, story-like dreams, where children appear as central characters in their dreams. Dream narratives become more complex and longer and not only do children dream up the action as it unfolds, but they also have thoughts and feelings within the dream. This phase of life is also when children tend to develop a clear sense of their own identity and how they fit into the world around them.

So, you no longer have to wonder what babies dream about. It turns out that infants and babies don’t start having vivid dreams until the age of 2. Only when their brains develop well past this stage will babies start having dreams and nightmares, and even later to retain them in memory. While your baby might not be dreaming of anything when they’re sound asleep, their brains are hard at work learning and developing. So, if your baby seems to be in a stressful state while sleeping or is upset when waking, there may be other factors at play.

A Guide To Styling Gender-Neutral Nurseries and Bedrooms