Discover how athletes' sleep regimes differ to an average Brit's.

When it comes to preparing to take part in a big sporting event, which of these do you think is most important: physical training or getting a good night’s sleep? The answer is both. Sleep is equally as important to a fitness regime when it comes to sports training. That’s because sleep helps you to recover.

In light of the Games in Tokyo, new research commissioned by Dreams beds surveyed both Team GB and ParalympicsGB athletes vs the British public on their sleeping habits. The research revealed a big secret to high performance: sleep. 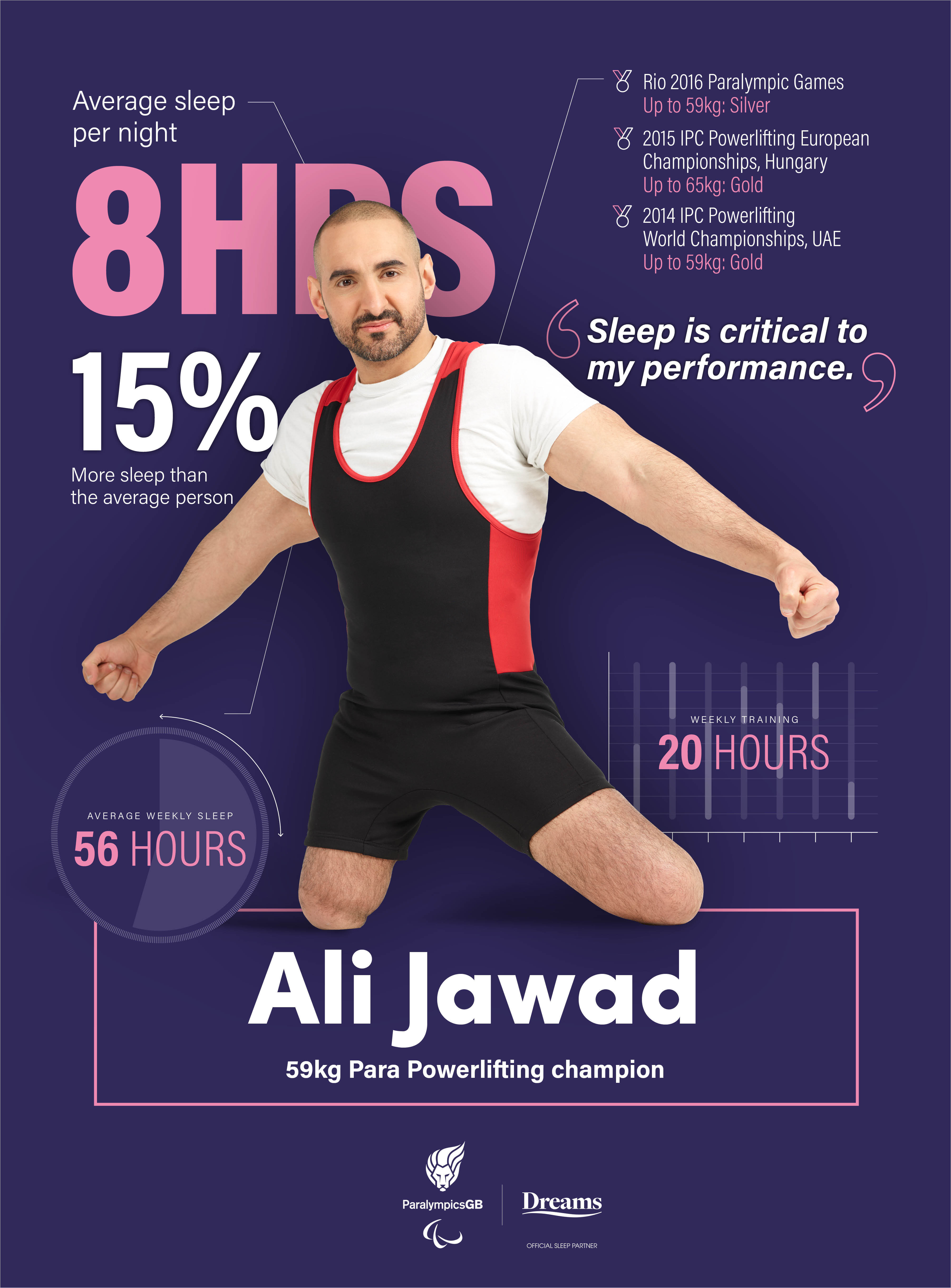 88% of ParalympicsGB athletes surveyed agreed sleep is equally as important as physical training, with 70% of those surveyed sleeping for 8 or more hours every night. 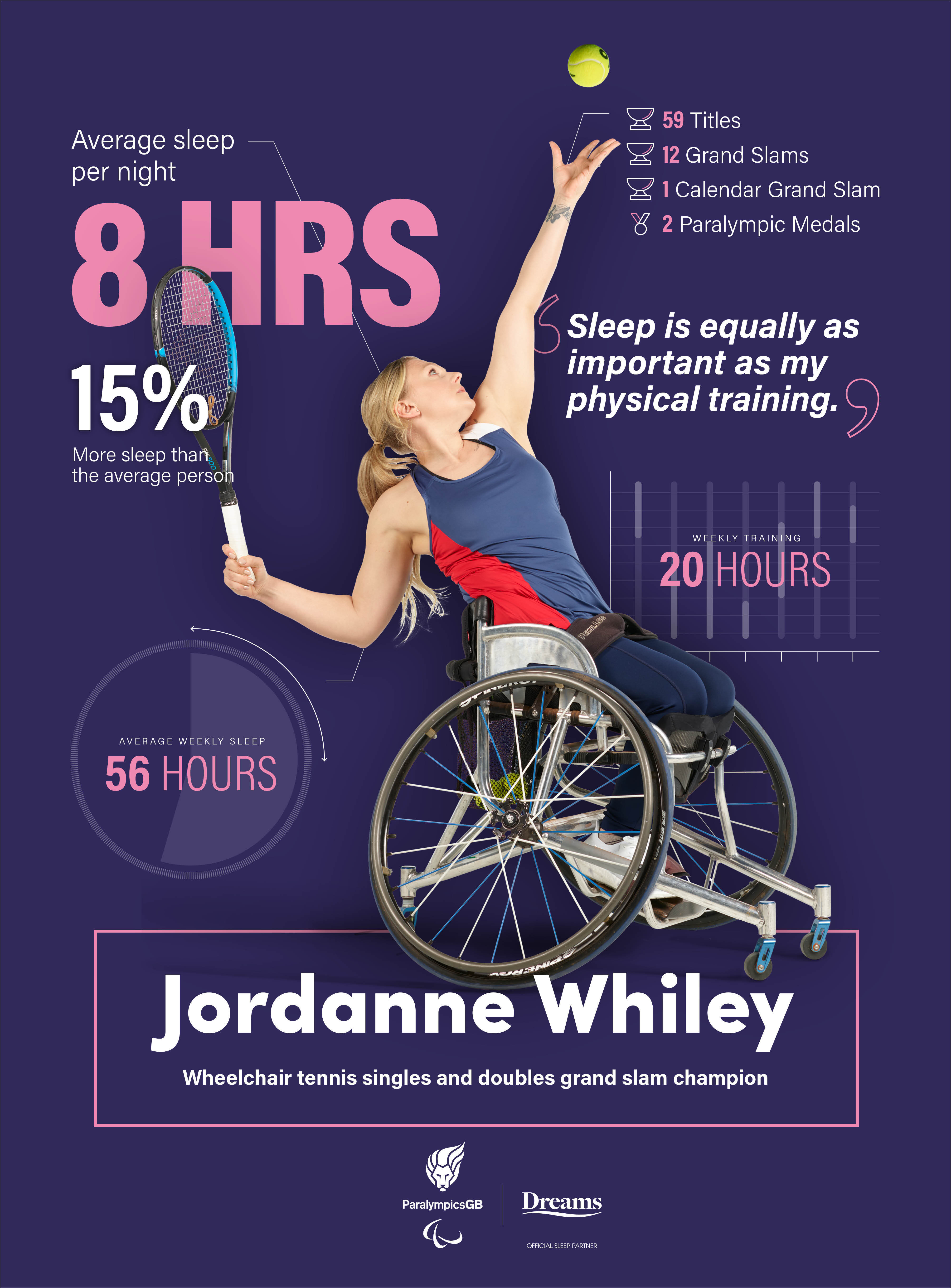 When it comes to dozing off, athletes favour the soothing sounds of podcasts and music (52%) to help them sleep, while 30% of Brits prefer a good page-turning book. Paralympic medallist, Jordanne Whiley, chooses theta waves or forest/rain sounds to clear her head. Read more about Jordanne’s sleeping habits here. She says:

Sleep is so important to us as athletes to make sure we train well and perform at our best, and having a toddler, I need all the sleep I can get!

The survey also revealed that athletes are better at turning off their devices before bed, with almost a quarter putting down phones and iPads before sleep, compared to just over 10% of the British public.

Now that you know just how important sleep is when exercising or training, you might be interested in the science behind it. Check out this article ‘Science Shows You Become Fitter When You Sleep’. Sounds almost too good to be true!

In terms of getting some well-needed shut-eye, the survey found the following five sleep aids the most popular with ParalympicsGB athletes:

Check out this article ‘10 Ways to Sleep Better at Night’ for further ideas and what to avoid.

Over two thirds of Brits (64%) plan to watch the Olympic and/or Paralympic Games at some point this year and according to research, three in five Brits say the iconic sporting events inspire them to exercise more, eat well and sleep better.

If you’re interested in keeping up to date with our athletes, check out our hub of athlete profiles and sleep-related articles here.

How to Create An Accessible Bedroom