How Does A Wildlife Filmmaker Sleep On Location?

What is it like to sleep in the wild? We asked wildlife cameraman Doug Allan to share his thoughts and experiences...

I remember my producer friend Ned Kelly telling me that the perfect cameraman was one who could spend a week filming with just a ‘sniff of porridge, and a spare shirt for when he felt chilly’; someone who was cheap to keep on location, and could manage by on very little. Ned might also have added ‘and able to sleep on a razor blade,’ because that’s how it often is in the field. A comfortable eight hours of sleep becomes something you dream about, rather than actually experience.

There have been a few occasions whilst filming when I slept in the lap of luxury. Like the assignment on a super-yacht, where breakfast in bed was an option, and a massage and piña coladas were available by the pool in the evening. At the other extreme was the most miserable night of my life, in a tiny tent, 7100m high on the slopes of Everest. I dozed fitfully, jerking awake every three or four minutes panting and short of breath due to the lack of oxygen, my face dusted with ice crystals dislodged from the nylon tent roof. 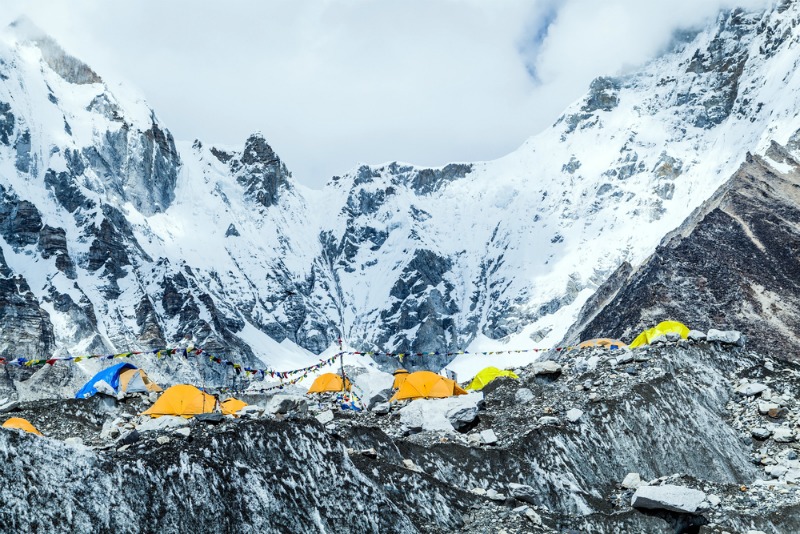 The trick is to stay warm!

I do spend a disproportionate amount of time in remote places. I’ve been over the Drake Passage between South America and the Antarctic Peninsula 31 times. In case you’re wondering about the odd number, it’s because I did cheat and fly back once.

Sea conditions were reasonable on most of the crossings, rocked to a relaxed sleep on rhythmic long swells from the west. A few were utterly flat – Drake Lake calm they call it – safe to doze off with cups of tea on the table by my bunk. But the odd one was rip roaring stormy, when I had to forget about sleep for three or more days until the gale swept through. Moments of weightlessness occurred as the bow climbed over the crest of yet another wave, followed by being crushed into my mattress by the G-forces at the bottom of the trough. I had a lee cloth along the side of the bunk to stop me rolling out, but with one particularly big wave, I went upwards just as the hull lurched sideways. I didn’t come down in the bunk, but landed a couple of metres lower on the deck itself. 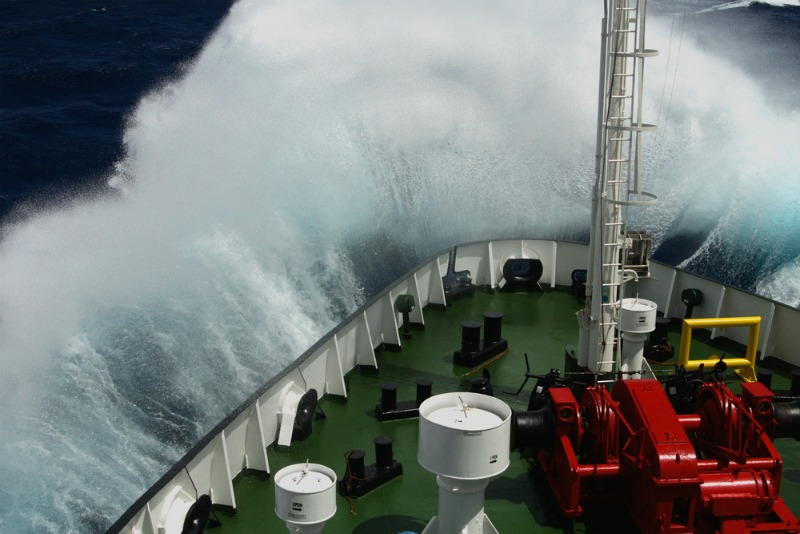 When sleeping in bags rather than beds, the secret is to stay warm. Cooling down in your bag and poor sleep is a certainty. If you’re out filming polar bears and camping on the ice, get layers beneath you. The Inuit start with a sheet of plywood for insulation as the ice doesn’t melt underneath it. For a mattress they lay down a double layer of musk ox skins with caribou on top, then a sleeping bag. I prefer a generously sized bag rather than the tapered ‘mummy bags’ that some use. I find mummies just too tight, and also tricky when you want to pee. You have to pretty much get out of them to hold the pee bottle in the right place and not splash everywhere. I suspect that’s what Joe Brown the climber was probably trying to do in his mummy bag when his companion described him as ‘thrashing around like an enraged chrysalis.’ 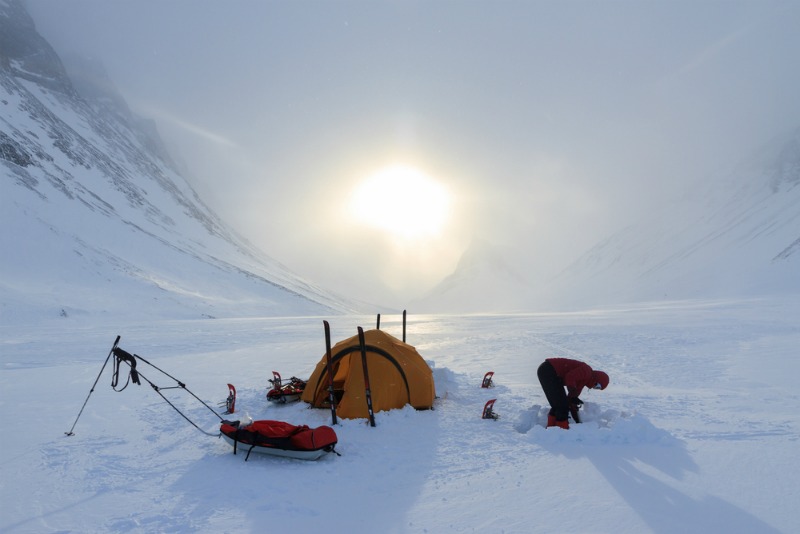 On one memorable trip, I was travelling with Andrew, my Inuit guide. It was early March and still very cold. I was on assignment for National Geographic, looking for bears. We’d camped for the night on the sea ice in Lancaster Sound north of Baffin Island. I could hear the ice creaking and cracking as the tide rose and fell. Good place, I reckoned, for bears to come hunting. They would know the seals used those cracks as breathing holes. I was also thinking how terribly cold it was in the tent, even with the sleeping bag pulled over my head. Do I pull the bag over my head and semi suffocate, or leave just the tip of my nose sticking out and risk frostbite?

A couple of hours later later I woke to the sensation of something repeatedly touching my feet. For a few seconds I lay quiet. Andrew was snoring on his side of the tent. Who was it then outside? Slowly I emerged from the depths of my bag and looked down to the far end of the tent.

Silhouetted through the back-lit canvas was the unmistakable profile of a very big bear. A tiny corner of my caribou-fur sleeping mat was twitching as he pawed at it. I wouldn’t say I was scared, but I did feel rather concerned. I nudged Andrew awake, who was remarkably laid back. His suggestion was ‘Stick your head out the tent flap. He’ll go away.’ To which I could only reply, ‘How about you stick your head outside the tent Andrew.’

As ever, he was right. This bear was so wary that, in the time it took us to pull our boots on and look outside, he was ambling across the ice away from the camp.

Time for us to go back to sleep.

See all articles by Doug Allan