Do Men Snore More Than Women?

It's long been claimed that men snore more than women but is this truly the case? We're getting to the bottom of the issue.

There are many reasons why we may find it hard to sleep, with snoring being one of the most common culprits of a disrupted night’s rest. About half of the population will snore at some point in their lifetime, whether this is a long-term situation or simply a few noisy nights. However, what has become noticeable is that it’s usually men portrayed as the noisy sleepers. So, are men much more likely to succumb to a snoring slumber?Or are women just more commonly making their complaints heard when they hear men snore?

What makes us snore?

When we sleep, our whole body relaxes. This occurs to every muscle in our bodies, including those muscles that we don’t need to think about for them to work. As we sleep our throat muscles relax, which makes our airways narrow. At this point, snoring then occurs because the roof of the mouth, the uvula, the base of the tongue or parts of the nasal passage, relax too much, leading them to partially block the airway.

Who is more likely to snore?

Though half of us will snore at some point in our lives, there are certain factors that can make it more likely that you will do so. These include being older, as lack of muscle tone can make obstructions more likely. Being overweight can also have an adverse effect, as fatty tissue on the neck can put pressure on your airways. More temporary situations such as colds and nasal congestion can also increase your likelihood of snoring, as well as habits such as smoking and drinking. If you tend to sleep in a position with your head tilted downwards, then you’re much more likely to snore. And it also appears that your gender has a role in determining the likelihood of you becoming a snorer in the future, with 40 per cent of adult men being snorers, compared to 24 per cent of adult women. 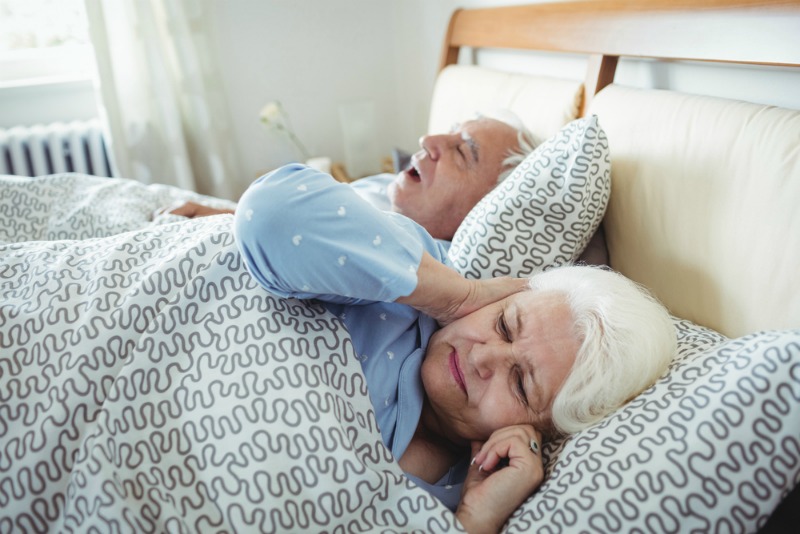 Numbers vary, but around a third of men snore in comparison to a fifth of women, making it clear that the fairer sex really do snore less. There are a range of reasons as to why this is the case, with biology being the main contributing factor.

For example, the male voice box generally sits lower in the throat, which means there is a larger space left open in the airway. When the tongue relaxes during sleep, this larger space means it will only block part of the airway, leaving plenty of room for air vibration that means men snore. As far as women are concerned, their typically smaller throats mean that their tongues are much more likely to completely block the airway, causing them to wake up rather than snore. 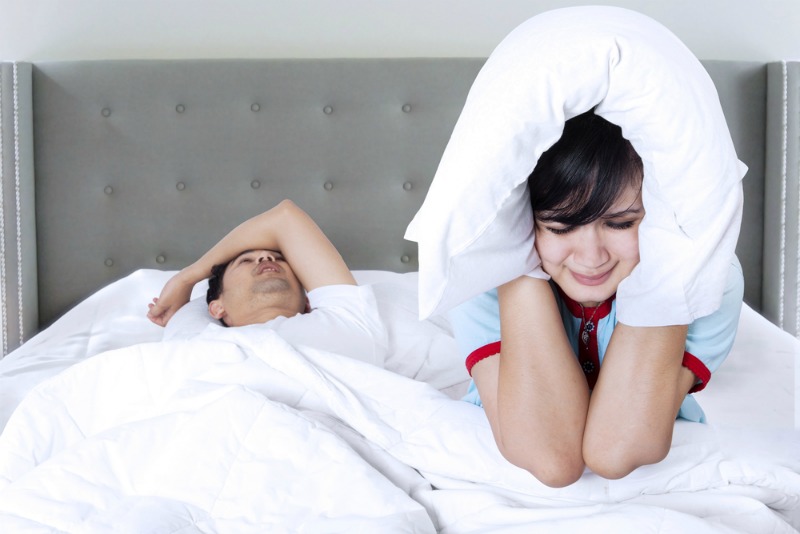 Another biological difference between the two genders that makes men snore more frequently is changes in airway sizes. Though men have larger pharynges than women, they also have a much greater change in airway size when lying down, compared to being in a standing position, as well as having a greater change in lung volume at any moment. Further to this, though men and women both see decreases in their upper airway sizes as they grow older, it is men that have a greater collapsible upper airway.

How can I prevent snoring?

If you’re a snorer you may be eagerly searching for a way to stop. Thankfully, snoring doesn’t have to be a permanent feature in your sleeping habits. It could even be the case that your snoring habit is simply because you tend to sleep on your back, in which case, avoiding doing so is a quick solution. If you find you naturally turn on your back whilst asleep then some people resort to sewing a tennis ball onto the back of their pyjamas. If, however, you just can’t get comfortable without turning on your back then putting another pillow to help raise your head should prevent your tongue from obstructing your airway.

Other causes of snoring include: being a smoker, drinking alcohol or rich foods before bedtime, having extra weight or having a blocked nose – all of which have their own cures.