3 Easy Ways to Put on a Duvet Cover

Putting on a duvet cover can sometimes be tedious. Take a look at our guide for three easy ways to do it.

Changing a duvet cover sounds simple enough, but it can be a hassle trying to fit a big puffy duvet inside a cover without it going lumpy. If you’re stumped for an easy way to fit a duvet cover, don’t worry, we’ve got it covered. This step-by-step guide lets you know all the tricks of the trade and offers a few options for you to try – we’re sure you’ll find one that becomes your new favourite way to put a duvet cover on by yourself.

How often should you change your duvet cover?

Do you know how often you’re meant to wash your bed linen? In this How Often Should You Wash Your Bedding post we recommend changing your sheets once a week and washing them at 60 °C. This is because a hot wash will not only easily lift dirt, but it’ll also kill off pathogens such as pesky dust mites which are notorious for causing allergies to flare up. 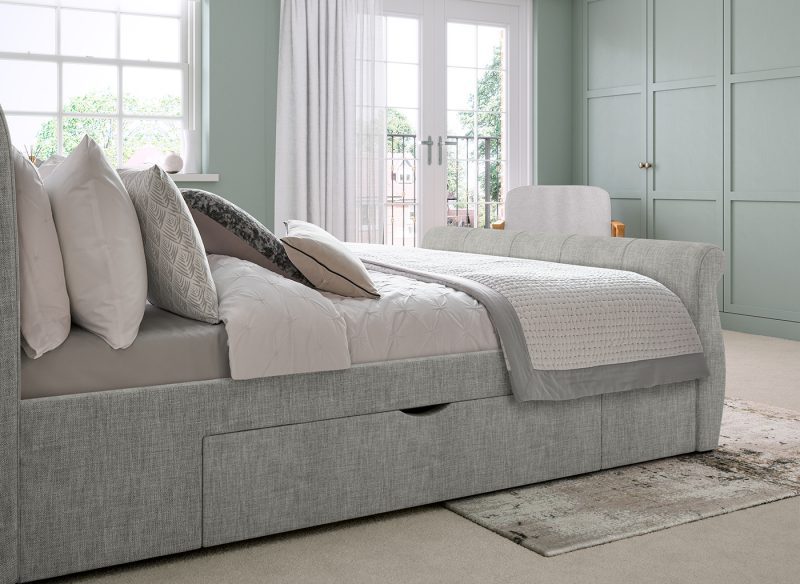 The traditional way to put on a duvet cover

Named ‘the traditional way’ because it’s the one that most people fall back on, this method is easy for one person. Here’s how to do it:

This method is a little different to the traditional way but still easy enough for one person. Here’s how to do the Californian roll:

Putting on a duvet cover with two people

When there are two of you, it’s less about the method and more about using the extra pair of hands. Try this simple way of putting on a duvet cover between you and a partner:

View the three methods in this step-by-step video guide:

Once you’ve changed your duvet cover, it’s time to dress the rest of the bed. Check out our video below on ‘How to make a bed, perfectly’. This simple and visual step-by-step guide shows you everything from hotel-style corners to plump and pristine pillows, all set for a great night’s sleep.

We hope you found this article useful, please share with anyone looking for easy ways to change their duvet cover.

Simple Ways To Dress A Bed

6 Things To Do With Your Old Bedding

How Often Should You Wash Your Bedding?