How Does A Round-The-World Sailor Sleep At Sea?

I stood on a little sandy hill on the edge of the Eastern Seaboard of America looking out to the North Atlantic and as far as the eyes could see, there was nothing but water! Sleep...

I stood on a little sandy hill on the edge of the Eastern Seaboard of America looking out to the North Atlantic and as far as the eyes could see, there was nothing but water! Sleep deprivation was not high on my agenda – survival was. It was years later that I understood how they were both deeply linked.

This was to be my first trip to sea, rowing across the North Atlantic. Both Captain John Ridgeway and I were setting out to row 3000 miles across the ocean in a dory, a twenty-foot open rowing boat. There was no cabin, just an old tarpaulin sheet to give us a fraction of cover from the elements. Our progress and rest/sleep plan was simple; we would row together for 12 hours, then rest for 12 hours. It turned out that it was a rubbish plan and after the first week of painfully slow progress, we went to a more meaningful solution. 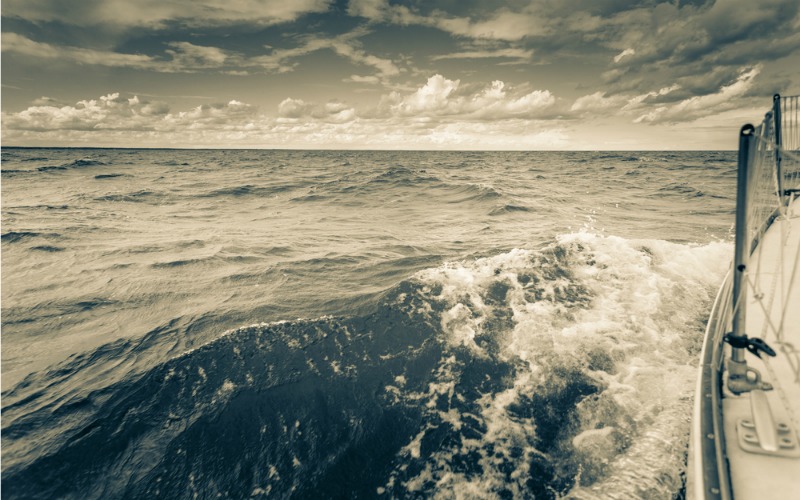 Read more: How Does An Adventurer Sleep In The Arctic?

As serving paratroopers we were used to the army system of two-hour watches. That then became the basis for our new sleeping routine. Like before, we rowed together for 12 hours, but then we split the remaining 12 hours into two on and two off, effectively rowing for 18 hours a day. At the start of this new pattern, we allowed ourselves five minutes to change over.

This gave us time to adjust our eyes from however dark it was to the present conditions, get briefed on the prevailing wind and sea, and generally and slowly get used to the change – and into the rowing position! That, too, was a load of rubbish. After roughly a further week, we had the changeover down to about 30 seconds, as the sleeping time was far too valuable to waste precious moments rubbing one’s eyes or talking about the prevailing conditions. The changeover became very slick and very speedy.

In those days, it was difficult to think of sleep deprivation as an issue. You were so tired that the minute you were off-watch, you crashed out on top of our stores. Despite there being no cabin or cover other than that welcome part of the green tarpaulin sheet to keep out the elements, you were asleep in seconds, absolutely exhausted.

My understanding of maintaining a sleep pattern to retain energy changed gradually but was to be put to a stringent test in 1970. I set off on the yacht British Steel to sail round the world non-stop and against the prevailing winds and currents, and the terrestrial spin of the globe. It was described as ‘the wrong way’ and in some cases, backwards.

The route was simple, from the Hamble near Southampton, south through the Doldrums, across the equator and down the Eastern Seaboard of South America to Cape Horn. From there it was west to Cape Town, leaving land to the north of the proposed route. It all went according to plan until I arrived at Cape Horn. There was an intense storm, the yacht was picked up and smashed on its side with the result of the self-steering gear broken beyond repair. 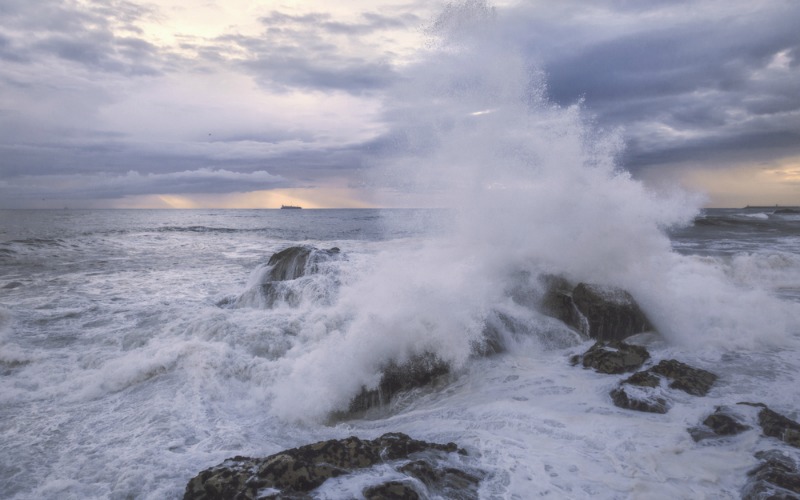 Up until then, the sleep pattern was a maximum of two hours at any one time, and only ever during the day. The reason for that was so that two vessels could easily get close to each other in that time, with potential collision always lurking. After Cape Horn, I had to steer by hand or balance the yacht when possible to stay on a straight course. Suddenly, there was no such thing as a sleeping plan. I had to take sleep whenever I could get it, but again always in daylight hours. A few times I suffered from hallucinations and, when this happened, it was all sail down, gear secured and sleep to catch up. Hallucination was too dangerous on a single-handed yacht!

Read more: What Is It Like Sleeping On The Side Of A Mountain?

I eventually got back to the Hamble after 292 days on my own non-stop sea adventure. During my time sailing, there were many danger periods: firstly hallucinations, which were very, very dangerous; secondly, dawn arriving. I was always so tired after staying awake and fighting all night long to stay awake. Once dawn arrived, it was a great relief. Two hours of sleep and one felt like a new person.

How wonderful it would have been to have scientists and clinicians to have drawn up a framework for me to follow. However, that only works when everything is plain sailing.

When damage or deviation takes over, it goes back to needs must. After all, survival and safety are key at sea!