The Psychology Behind Tidying Your Bedroom

Does the idea of an untidy and cluttered bedroom send you into disarray? Or are you one of those who revel in mess? For those in the first group, there’s plenty of science and smart thinking...

Does the idea of an untidy and cluttered bedroom send you into disarray? Or are you one of those who revel in mess? For those in the first group, there’s plenty of science and smart thinking to back up your fears of an untidy bedroom and how it can cause an untidy mind. For those who see clutter as a sign of creativity or a personality trait, you may want to think again. Here, we explore the psychology behind tidying your bedroom and how a clean home can lay the foundations for a stress-free life.

A small history of cleanliness 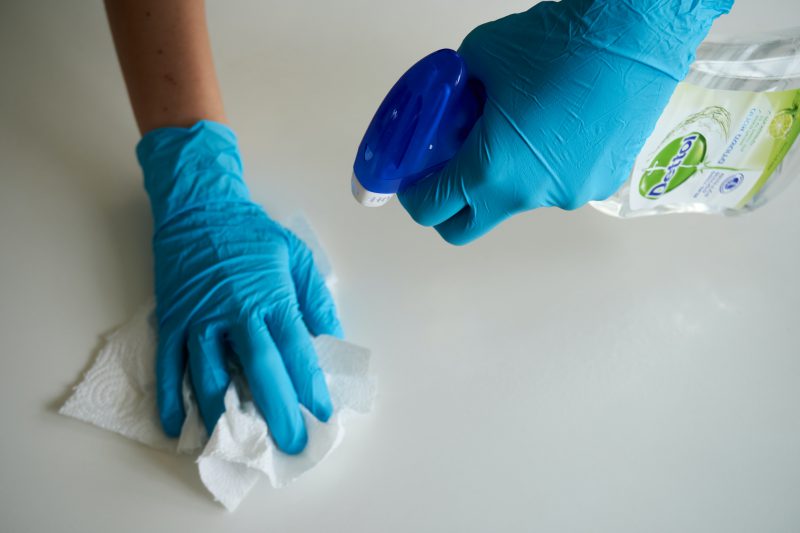 Look across history and you’ll see a variety of traditions centred around the idea of decluttering and tidying. While it may seem like one of the 21st century’s biggest trends, the power of cleanliness has long been a key player in the human experience.

“House cleaning, or shaking the house (Persian: خانه تکانی‎, romanized: xāne tekāni) is commonly done before the arrival of Nowruz. People start preparing for Nowruz with a major spring cleaning of their homes and by buying new clothes to wear for the New Year, as well as the purchase of flowers.”

In nearly all cultures, religions, and traditions, you’ll find similar ceremonies. Whether the giving up of luxuries in the Christian Lent, fasting within Hinduism, or how physical purity relates to spiritual purity within Islam. But why is cleaning and tidying such a mainstay across both borders and generations? Well, the answer may lie within a number of scientific studies which have started to uncover the positive effects of a clean home and bedroom.

The psychological effects of tidying your bedroom

Most of us have experienced the lightness of mind that comes with a clean bedroom. There’s nothing quite like fresh bed linen and a tidy room for helping us feel more at ease and able to face the day. And while for most, this is enough to convince us that keeping our bedrooms tidy does wonders for our mental health, there are a number of psychologists who wanted to put the idea to the test. Here, we’ll explore those studies and identify what science has to say about why you should keep your bedroom tidy.

1. Lower likelihood of stress and anxiety

In a 2010 study published in Personality and Social Psychology Bulletin, it was found that those with cluttered homes showed higher levels of cortisol (stress hormone) when compared with those who have tidier homes. To create the findings, participants were asked to give a tour around their home over three separate weekdays. By listening to the language the participants used and pairing with a scientific score for cleanliness, researchers were able to link stress to the tidiness of each home. Those with homes which scored more points for cleanliness showed less depression than their untidy counterparts.

A study by Indiana University which examined the relationship between physical activity and urban homes identified how the interior condition of a home plays a role in willingness to exercise. The research was led in part by NiCole Keith, associate professor in the Department of Physical Education. The findings suggest that ‘something about the condition of someone’s residence drives physical activity or that people are being physically active while they keep their homes tidy’.

“At the end of the day, the interior condition of their house seemed to be the only thing affecting their physical activity. It was not all what we expected.” – NiCole Keith

Tidy room, tidy mind. A phrase you’ve no doubt heard plenty of times. Perhaps it’s even caused you to scowl or raise your eyebrows. But there may just be some truth to this adage. In surveys conducted in the UK, USA, and Canada, correlations were found between clean environments and academic performance.

“Findings showed that 88 per cent of students … felt that a lack of cleanliness becomes a distraction while 84 per cent reported that they desired orderly spotlessness and tidiness to create a good learning environment.”

In an article for the Harvard Business Review, Libby Sander backs up this point by highlighting how an untidy desk is likely to limit our ability to concentrate.

“Scientists at the Princeton University Neuroscience Institute have used fMRI and other approaches to show that our brains like order, and that constant visual reminders of disorganization drain our cognitive resources and reduce our ability to focus. They also found that when participants cleared clutter from their work environment, they were better able to focus and process information, and their productivity increased.”

Related: How To Wake Up Early and The Benefits of an Early Start

In a survey by the National Sleep Foundation, it was identified that those who make up their bed in the morning were also those who found it easier to fall asleep at night. While the link between the two can’t be proven in full, this is another example of the powerful psychology behind keeping your bedroom tidy. Here’s a quote about the same survey from Psychology Today:

“People who make their beds every morning are 19 percent more likely to report regularly getting a good night’s sleep. People who were surveyed also reported benefits from having clean sheets — specifically, 75 percent of people said they get a better night’s rest when their sheets are freshly cleaned because they feel more comfortable.”

Related: How To Fall Asleep Quickly

Other impacts of a tidy bedroom 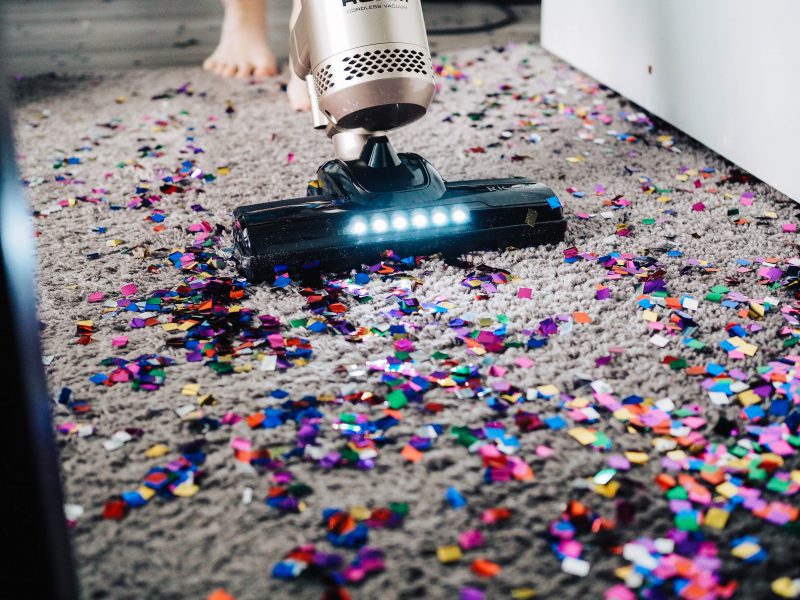 Browse the smart-thinking shelves at your local bookstore and you’ll come across a whole host of how-to books around organising your life, becoming more successful, and finding happiness. What’s perhaps surprising is how many of these books centre around small actions such as tidying your room and decluttering.

No doubt the most popular, Marie Kondo has become a household name, both in writing and on screen. Her Netflix show, Tidying Up With Marie Kondo, is now available in over 190 countries, while her book, The Life-Changing Magic of Tidying Up, has sold more than 1.5 million copies and was a New York Times bestseller.

Both the book and the show are based around her concept of ‘KonMari’ – tidying your house by category, not room, and discarding anything that doesn’t ‘spark joy’. Her success has gone way beyond what you’d initially expect for a Japanese organisation consultant. Here’s what Rolling Stone had to say:

Her KonMari method — a discipline for organizing your belongings, and, by extension, your life — caught on fast enough that by the next year, she was named to TIME’s 100 Most Influential People list.

So, what exactly is KonMari?

The KonMari system is a step-by-step process for decluttering your home. While most of us decide to tidy room by room, losing energy and motivation as we go, KonMari is all about decluttering by category. It starts with easier items such as clothes and books, helping you get into the habit of discarding items you don’t need or use. It helps by drawing your attention to one type of item, rather than the confusion caused by trying to tackle every item within one room.

After clothes, the KonMari process delves into papers. Think old coursework or notes, bills, instruction manuals and the like. Once this is complete, the method takes you from mugs, pots, and pans right through to sentimental items such as photo albums, journals, and souvenirs.

Eventually, you will have decluttered your entire home and be left only with items that spark or enable joy. Marie Kondo believes that this intense decluttering of the home has a similar impact on the mind and your lifestyle.

“A dramatic reorganization of the home causes correspondingly dramatic changes in lifestyle and perspective. It is life transforming.” – Marie Kondo

Why has KonMari been so successful?

The success behind the system relates to the powerful psychological impacts of decluttering. There’s also something to be said about marketing. Both the book and the show were released in the early days of January (2011 and 2019, respectively) when New Year’s resolutions are all the rage. But marketing aside, it’s the psychology behind tidying your bedroom which has laid the foundations for such success. As shown through numerous scientific studies, the power of a tidy bedroom is something we should all consider. Perhaps a leap of the imagination, but could there be a link between Marie Kondo’s success and KonMari process? Was the first step to world fame decluttering her home and tidying her bedroom? Who knows! In the meantime, go check out our post about why you should make your bed everyday and start your journey to a tidy life and a tidy mind.