Some artists are so amazing that you might describe them as being able to draw or paint in their sleep. Whilst this is obviously metaphorical, for one man it’s completely literal. Lee Hadwin, known as The...

Some artists are so amazing that you might describe them as being able to draw or paint in their sleep. Whilst this is obviously metaphorical, for one man it’s completely literal.

Lee Hadwin, known as The Sleepwalking Artist, was born in Wrexham and moved to Denbigh, North Wales at the age of three. When he was around four or five, Lee would get up in the middle of the night, grab some pencils and start scribbling in various places around the house, under the stairs apparently being one of his favourites.

‘I would just get up in the middle of the night and start scribbling and drawing on the walls’, Lee explained. ‘My parents took me to the doctors, but they just put it down to some form of sleep walking because what I was doing was ‘just scribbles’. They didn’t really think too much about it to be honest and presumed it was just a phase.’ 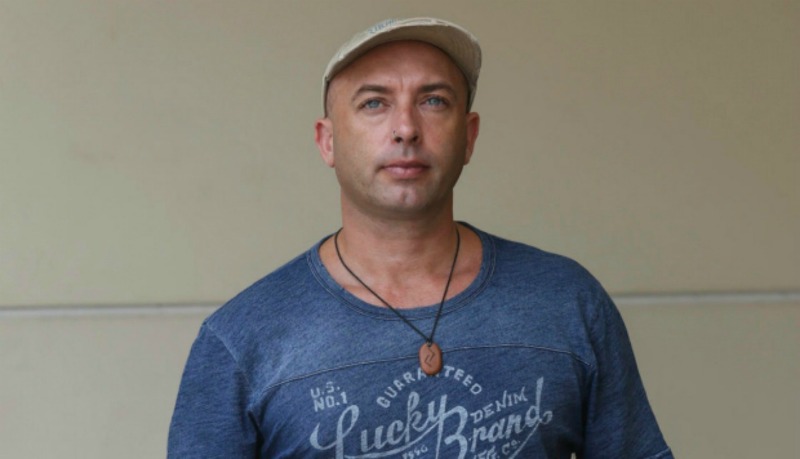 Not just a phase

Needless to say, it wasn’t just a phase. When Lee reached his early teens, the drawings became a lot more intricate. It was during this time that Lee produced some stunning drawings of Marilyn Monroe, all of which were produced whilst he was asleep.

What’s perhaps even more amazing, however, is that Lee can’t replicate his art when he’s awake. ‘If I try and reproduce what I’ve done, then I just can’t do it. I have no basic level of art and it’s never been something that has really interested me. The best grade I got at school was a D! I have been up to the Edinburgh Sleep Clinic several times and that’s the thing they don’t understand. That’s the really strange part of it.’

Lee also has absolutely no recollection of what he’s done when he wakes up. ‘I can’t ever recall drawing when I’m asleep. I just wake up and whatever’s next to me is clearly what I’ve produced. I do get severe migraines, though, and am sick for about five hours after it’s happened.

‘I don’t really have any control over when it happens. I can sometimes produce two or three pieces of art per week. But then I might not do anything for a few months. When I was around 19 or 20, I didn’t do anything for a whole year. It’s quite sporadic.’

So what is it that causes Lee to do this? Experts at the Edinburgh Sleep Clinic have attributed it to a form of sleep apnoea. However, they are at somewhat of a loss to explain how and why it happens. Especially the fact that he can’t reproduce the art when awake.

Lee has, however, noted that alcohol is a factor and actually increases the likelihood of him drawing in his sleep.

‘Alcohol does bring it on a lot. I used to keep a diary to try and pinpoint when it was happening and it was often brought on by alcohol. When I go to the Edinburgh Sleep Clinic, they keep me awake for 40 hours to bring on sleep deprivation, which is similar to the effect that alcohol has on the brain. Alcohol and sleep deprivation caused me to sleepwalk and it seems the two go hand in hand.’

There have in the past been cues in his waking life that have influenced his work, but what he produces is seemingly random. 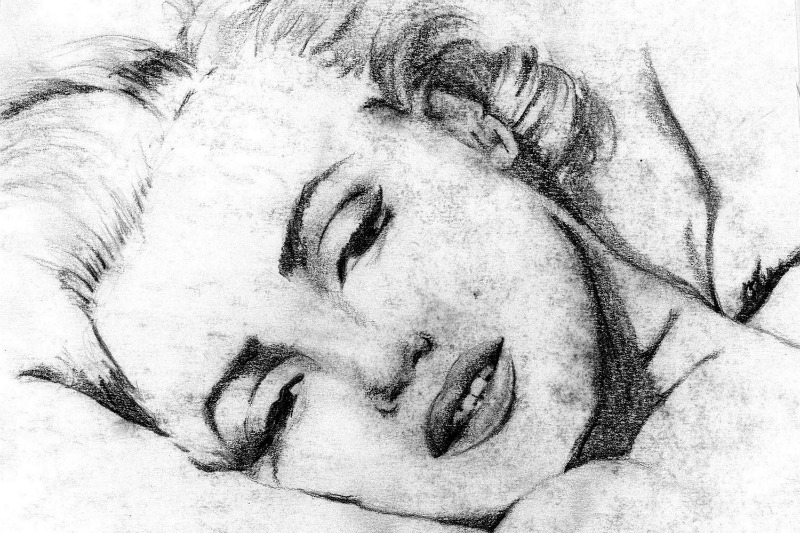 ‘I did a painting of the USA flag after I came back from New York, so that could explain that, and the Marilyn Monroe drawings were after I studied her at school, but other than that there doesn’t seem to be link. They might be influenced by dreams, and I do remember some of my dreams, but I can never link them directly to what I’ve drawn.’

Lee’s work has attracted plenty of attention. He has sold pieces to high profile names such as Donald Trump and Derren Brown. He also sold three of his Marilyn Monroe drawings to the Marilyn Monroe museum in Hollywood.

Lee has recently been signed by Incandescent Artists and has just wrapped up an exhibition in China. His first solo UK exhibition, entitled Hypnos, opens on 15th January at Croydon’s new RISE gallery and runs until the 5th February 2015.

For more information about Lee and his amazing talents, check out his website, where you can also purchase some of his artwork.

What do you think about Lee’s story? Let us know in the comments!