How Can Dreams Help Our Conscious Life?

The imagery and emotions that you create in your dreams are naturally identifying situations in your waking life where you have the chance to make a healthy difference. The simplest and most powerful way to use...

Your dreams are your natural way of making sense of all the experiences that you unconsciously absorb, and in waking life, our usual sense-making method is just to ask a question. Your dreams do this naturally and are making sense by answering questions that you are not consciously aware you are asking. So to use your dreams in everyday life, you simply select an image from your dreams and create some questions based on that image.

A dream is just a dream until put into action

For example, if you create the image of a ladder in your dream, then there is a situation occurring in your waking life that involves your ability to use a particular series of steps to achieve a specific ambition, so that you can continue to perform at a higher level. A first question for the ladder dream image could be ‘What specific ambition am I trying to achieve?’ or ‘What steps do I need to take to raise myself to a higher level?’. This initial question is often enough to identify an answer that will help you use your dream in everyday life and to take it a stage further, you can create a question that reflects the dream connection. The simplest way to do this is just to think of the opposite of the meaning of the dream image.

For the ladder symbol, this question might be something like ‘Why am I currently working at a lower level than I feel I should be?’ or perhaps ‘What is preventing me from taking the steps that I need to achieve a specific ambition?’.  By using reflecting questions like these, you can gain insight into some of the existing challenges that you may be encountering. After identifying and reflecting on the image, you can expand your understanding further by asking questions such as ‘Do I actually have to go through this particular series of steps to reach the level that I want to?’ or ‘After I have achieved my chosen level, what are the next steps I would like to take?’.

Related: Do People Actually Believe Dreams Mean Something To Us?

A dream is just a dream until put into action, so the next stage in using your dreams in everyday life is to create an action statement from the questions that you have created from your dream image. For the ladder symbol, your action statement might be ‘I am going to take some steps to raise myself to a higher level in my profession by being very clear about the specific ambition I want to achieve’. So although your recurring dream of a ladder may seem just random and bizarre at first, it has a much deeper unconscious significance for you, that you can actually use to identify potential opportunities for reaching a higher level of success in your waking life. And even though working with your dreams may seem whimsical and of little rational use, some of the greatest minds in the world have created breakthrough scientific advances by working with the dream imagery that they naturally created.

His dream mind was exploring 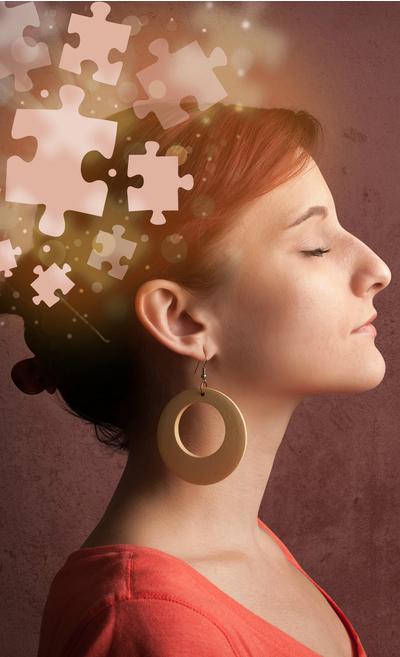 Although a computer may be the most rational and logical device imaginable, two of its originators, Charles Babbage and Ada Lovelace, used their unconscious minds to dream it up. Babbage was a mathematics professor at Cambridge University and he often related how he would allow himself to doze off as he worked at the facilities of the Analytical Society. As he dreamt, with his head leaning forward on the wooden table, his dream mind was exploring different tables. These were logarithmic tables, and his dreams enabled him to devise the Difference Engine, the forerunner of all modern computing hardware.

Related: 7 Sleep Mistakes You Don’t Know You’re Making and How to Fix Them

Ada Lovelace was an English countess who worked with Babbage on the Analytical Engine, a development of the Difference Engine, which could run software applications. Lovelace suffered from fevers, and these would often give rise to intense and vivid dreams. During these dreams, she realized that numbers could be used as symbols and the Analytical Engine could manipulate these symbols in the same way the dreaming mind does. Lovelace used this insight to devise a series of calculations to run on the Analytical Engine and she is now recognized as the world’s first computer programmer and software author.

In 1895, Albert Einstein dreamt he was sledging down a snow-covered hillside on a beam of starlight and used this inspiration to bring the Theory of Relativity out into his waking light. He later remarked that ‘the gift of dreaming has meant more to me than my talent for absorbing conscious knowledge’. By using his dream visions to expand his conscious understanding, Einstein became a true scientific visionary. Those visionaries who were open to the stories emerging from their unconscious awareness have quite literally dreamed up most of our great advances in science and technology.

Have you used your dreams to find solutions? Let us know in the comments below.

See all articles by Ian Wallace