What Is It Like Sleeping On The Side Of A Mountain?

We ask adventurer Stephen Venables to recount his most memorable experiences of sleeping on the side of a massive mountain.

Ever wondered what it must be like to sleep on the side of a mountain? In our series of posts that look at extreme sleeping conditions and circumstances, this one follows the account of Stephen Venables, and his experience on Mount Baume.

Mountaineers take their sleep when they can. On my most recent expedition, to the sub-Antarctic island of South Georgia, tent-bound in a blizzard for four days, with the drifting snow outside piled up to the roof, I was proud of my ability to put in a good twelve hours each night.  And usually an afternoon nap as well, after a hearty morning’s snow shovelling.

I viewed it as banked sleep –  a reserve for when the weather improved and, facing a long day of hard technical climbing on the first ascent of Mount Baume, we set off in the dark at 11.30 pm.  The climb took twenty-seven hours non stop, up and down. By the time we got back to the tent at 2.30 am we had been awake for nearly forty-eight hours. 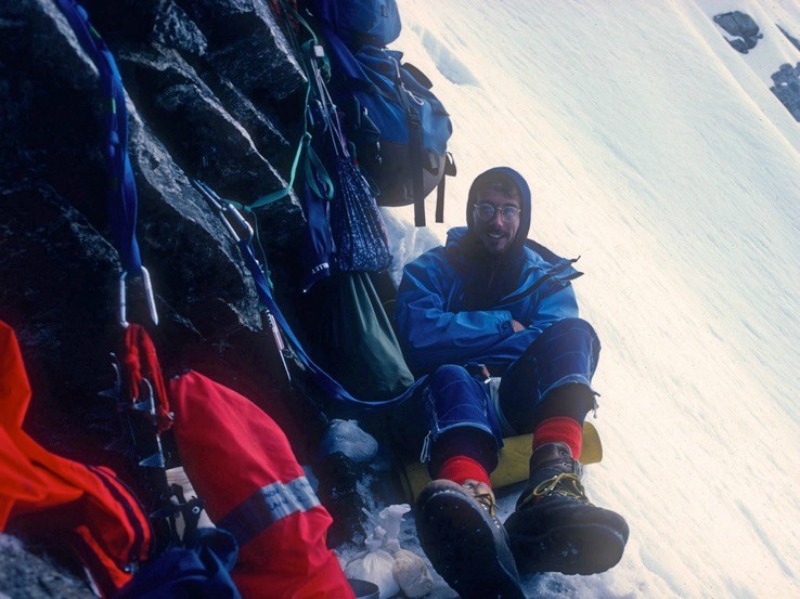 Sometimes a climb is just too big for a single push.  When Dick Renshaw and I made the first ascent of Kisthwar Shivling, in the Indian Himalaya, we spent seven nights sleeping on the awesome north face of the mountain.  The first night was a five star double bed-sized flat rock.  The second was okay – an eighteen inch wide ledge hacked from an ice slope, with just enough room to lie head to toe, snug in our sleeping bags, with foam mats for insulation.  But bivouac number three was pretty grim – a tiny seat, with just enough space for the two of us to sit side by side, feet resting in a cat’s cradle of rope, backs leaning against the vertical granite wall.  Inside our goose-down bags, we wore full high altitude clothing and climbing harnesses, each with a length of rope coming up through the neck of our bag and clipped into steel pegs.  If you fell out of bed here you would plummet around three thousand feet.  I awarded that bivouac two stars; one star would be standing room only.

On Kishtwar Shivling, reaching just 6,000 metres above sea level, we slept well, worked hard and enjoyed ourselves enormously.  On Everest, several hundred miles away on the Nepal-Tibet border,  climbing to nearly nine thousand metres, the game was very different for four of us forging a new route up the gigantic East Face.  Unlike most Everest expeditions, ours did not employ local high altitude porters. That ruled out heavy oxygen equipment.  We knew the final push to the summit and back, without supplementary oxygen, would be gruelling – probably impossible – but after a month chipping away at the lower part of the route, we knew that we were very fit, well acclimatised and extremely motivated. 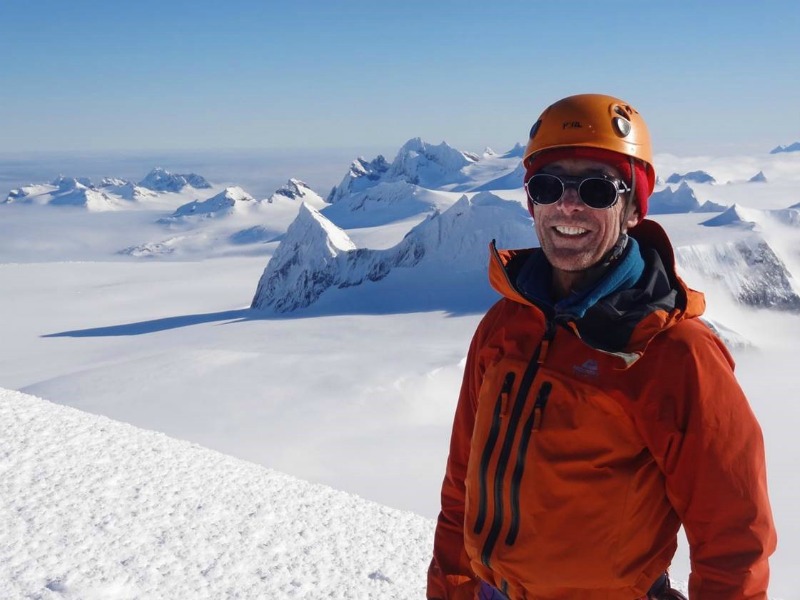 Grim reality sunk in at our final camp on the South Col, just below 8,000 metres.  I had to fight back a claustrophobic sense of suffocation, forcing my diaphragm to extract every ounce of oxygen from the thin air, with just mouth and nose protruding from the hood of my sleeping bag.  Our breath froze on the flapping tent fabric, showering us with frost.  We didn’t so much sleep as doze fitfully, kidding ourselves that we were getting some kind of rest.

Paul Teare felt so bad that he went down in the morning.  The following day Ed Webster and and Robert Anderson reached the South Summit, just a hundred metres short of the top, before turning back.  Slightly ahead of them, I made it right to the summit, but after sixteen hours climbing it was so late in the day that I didn’t get back to our tents that night.  Rather than risk a mistake in the dark, I cut a ledge in the snow and lay down without sleeping bag or shelter, to spend the night at 8,600 metres. 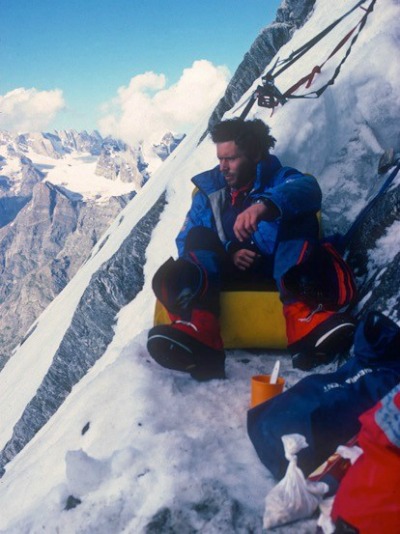 No-one had ever spent a night out this high alone.  Lacking real company, my oxygen-starved brain dreamed up imaginary companions as I shivered the hours away at around minus 30c.  I am not sure whether I slept or not: the boundary between consciousness and unconsciousness was so blurred.  But I think must have dozed briefly, because, after seven hours purgatory, I became quite suddenly aware that a new day had dawned, that I was alive, and that I could continue my descent to rejoin my friends.  What a glorious awakening!

Would you ever, or have you ever, slept on the side of a mountain? Let us know your thoughts in the comments section below.

See all articles by Stephen Venables