Santa Claus is the ultimate secretive spreader of festive cheer. He travels the whole planet in a single night, delivering presents to 1.6 billion children, that’s just over 5,500 house visits per second! The question we’ve asked is...

Santa Claus is the ultimate secretive spreader of festive cheer. He travels the whole planet in a single night, delivering presents to 1.6 billion children, that’s just over 5,500 house visits per second!

The question we’ve asked is how to know whether this jolly traveller has visited your house. We’ve got 9 answers which will either turn you into a modern day Sherlock Homes, or help you catch evidence of the man in red.

Related: How To Sleep On Christmas Eve [Infographic]

Leave a snack for Santa

He’s travelled a long way and deserves a break; don’t worry about making him late for the rest of his shift. He probably budgets his time to allow for a quick bite. Also, make sure your parents don’t eat it first – choose a snack they don’t like!

Tradition Alert: Leaving food for Santa probably dates back to the origins of the Christmas tree in Germany. People would decorate a tree with apples, cookies and treats; these decorations would evolve into our modern day baubles and tinsel. When Santa would visit he would eat some of the treats off the tree, hence we now leave him food on a plate. 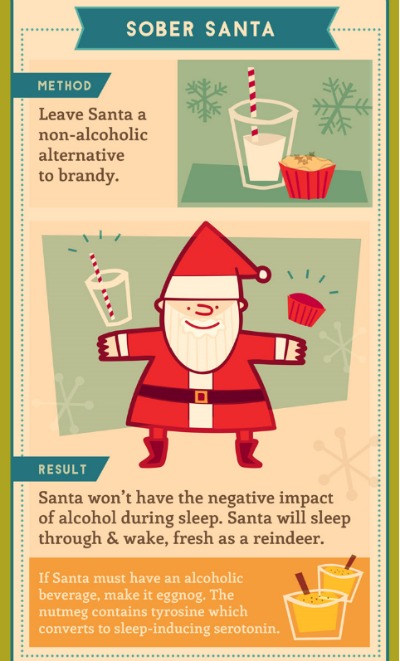 Compare images of the night before

Take a picture of the living room before going to bed, compare it the next day to see if anything has been disturbed. Look for shifted tree decorations, reorganised presents of course any new presents.

While you are taking pictures of the living room on Christmas Eve, it’s worth logging into the official NORAD Tracks Santa website to see where the big guy is.

Scan your presents for soot, rain or anything that would suggest they have been exposed to the elements, transported in a magical bag or dragged down a chimney. It is unlikely your house is the first of the world’s houses to be visited, so look for (probably microscopic) elements that prove they have been around the world. Dust for large fingerprints – match the prints to everyone in your family, your neighbours and friends, make sure you wish them a merry Christmas as you do so. The prints you cannot match are likely those of Santa.

Look out for new decorations

Keep an eye on Christmas wrapping paper, the odd one out is probably from Santa. Don’t ignore vanity and consider wrapping with pictures of Santa. Keep track of the tree decorations, Santa might add one when he visits. Look out for things he may have dropped on his way out. A button may have come loose off his coat or he may have forgotten his hat? 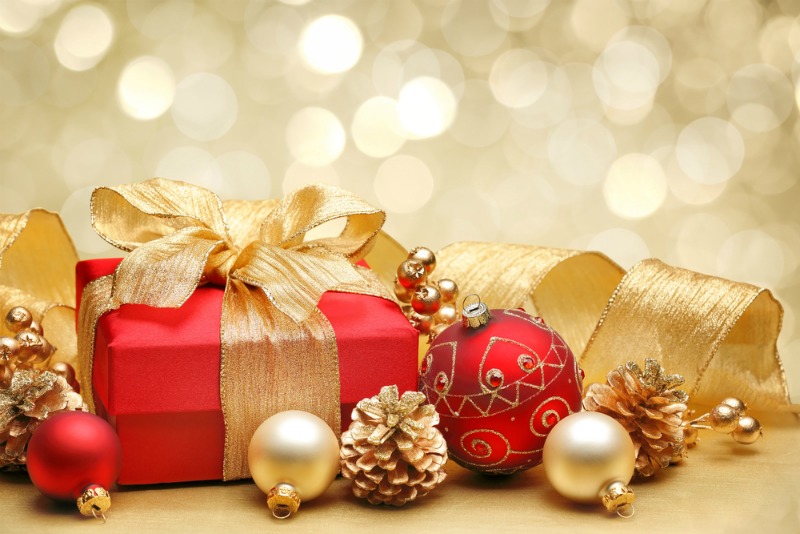 Find evidence of the outdoors

Check for damp patches on your floor – this is evidence of North Pole snow clinging to Santa’s boots. Leave carrots out for the reindeer, remember he has 9 of them – also consider leaving grass. In the morning, go in your garden and check your roof for evidence of left over grass and carrots. If you’re lucky enough to have had snow, check for reindeer footprints.

Don’t be discouraged, he’s made billions of home visits over the years and has likely perfected the art. If you have your own methods on telling whether Santa has been, we would love to hear them in the comment section below.

See all articles by Chris Clark